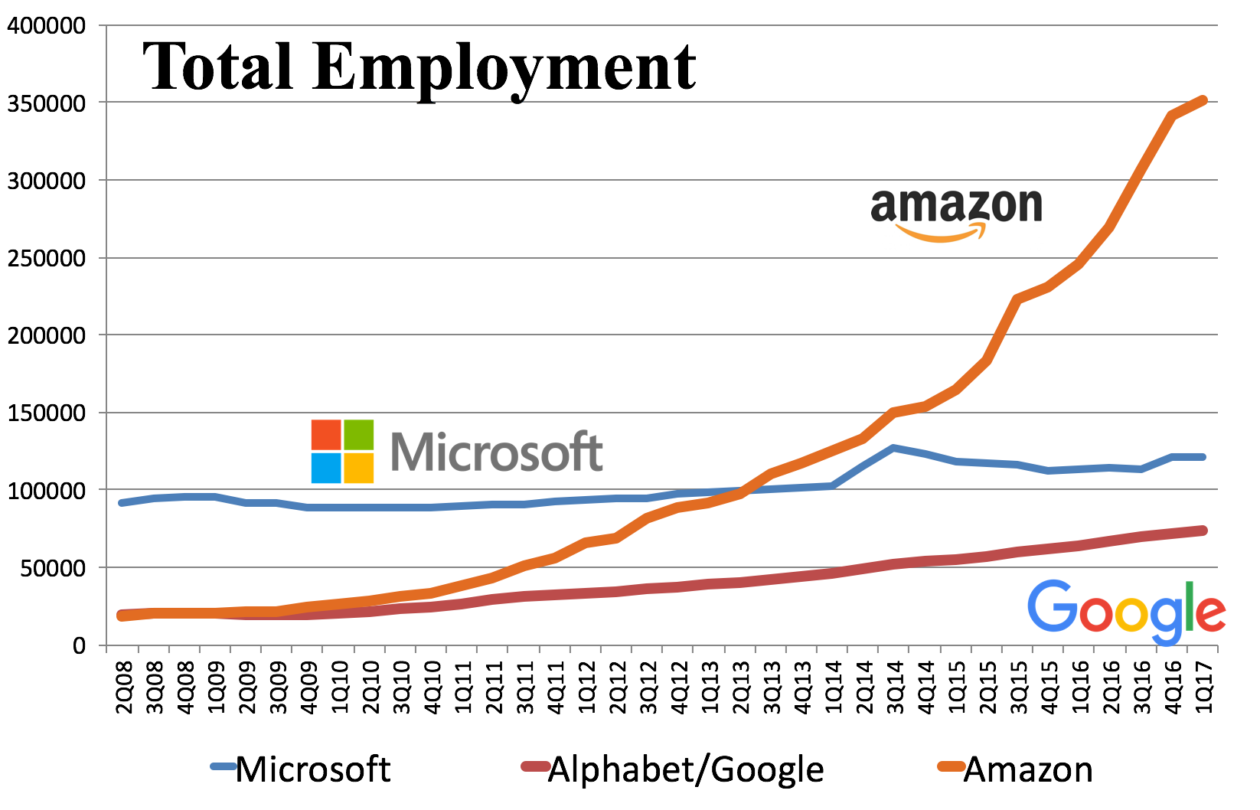 Amazon continues to grow its employee base as the tech giant added another 9,600 workers over the past quarter.

As part of its Q1 earnings report, Amazon noted that its worldwide employee count — which does not include seasonal or temporary workers — now sits at 351,000, which is up 43 percent from last year.

Still, the company continues to add a substantial number of employees. On a post-earnings call with reporters, Amazon CFO Brian Olsavsky noted that the increasing headcount is related to the company’s higher fulfillment activity, its growing transportation logistics network, and more horsepower for units like Echo, Alexa, and Amazon Web Services.

Just five years ago at this time, Amazon employed 65,600 people.

Amazon, which added more than 110,000 employees during 2016, doesn’t show any signs of slowing down. The company said previously that it plans to add another 100,000 full-time jobs in the U.S. over the next 18 months.

An analysis of Amazon’s 2016 employment growth by GeekWire found significant growth not just at its headquarters in Seattle, but also in many Midwest and Southern states, as the tech giant fills in its distribution footprint in the country.