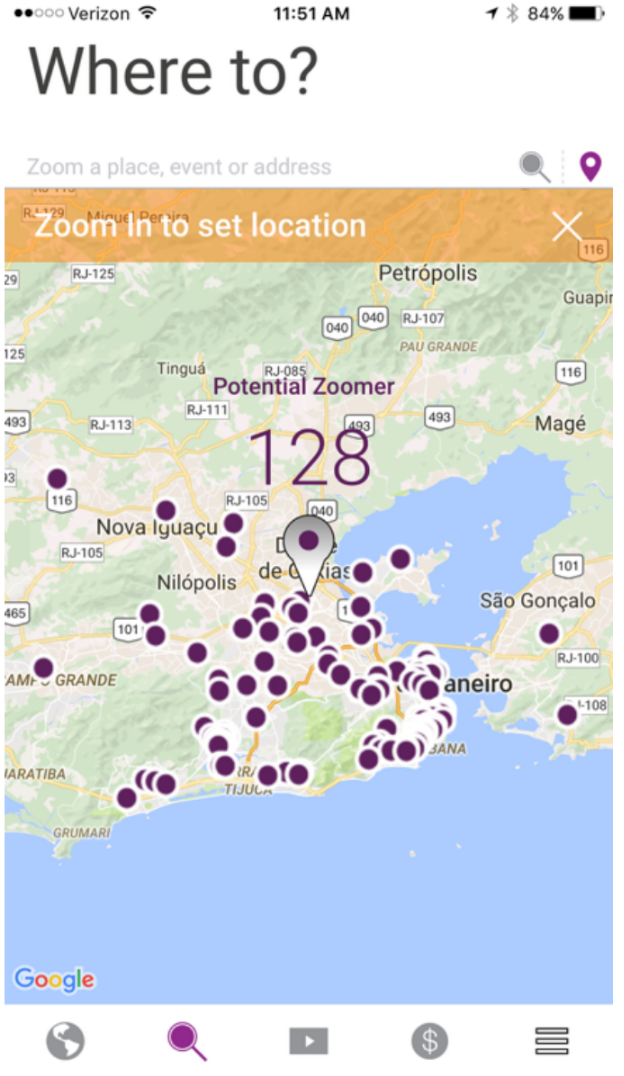 There are a number of online tools that let you get a feel for what’s going on at the Summer Olympics in Rio de Janeiro this month. They range from NBC’s live-streaming coverage of the actual events, to social media platforms like Facebook, Twitter, Instagram, Snapchat, and more.

But one new Seattle startup is using a unique strategy to stream on-the-ground video from Rio while also creating a way for locals to earn money.

uZoom rolled out its app this month in Rio, where it is letting people use their smartphones to live-stream from a bevy of locations — swimming competitions, late night festivities, beaches, etc. — to give viewers from around the world an alternate method to see what’s going on in Brazil during the Olympic Games.

The app lets users find “Zoomers” that are on the ground at a requested location and available to stream. uZoom opens a chat communication between the two, and once the “Zoomer” is ready, he or she will start streaming.

The person paying for the stream can speak or use gesture controls to direct the “Zoomer” around. They can take photos of the stream to save for later.

“Zoomers” make 60 cents per minute plus tips, with 20 percent of the payment going to uZoom.

Since the Olympics kicked off on Aug. 5, uZoom has seen more than 100,000 minutes of live video streamed on its platform from Rio. Here’s one example of what people are streaming — a uZoom intern requested a feed from a swimming competition and ended up watching 40 minutes of content:

Here’s a quick interview with a local actor who thinks the app can help people understand what Rio is really like, beyond what they see in the traditional media.

There are “endless” use cases that uZoom can support, Dean Graziano, the company’s CEO, told GeekWire in June.

Originally founded by digital media vet Martin Rincon, uZoom previously reeled in a $560,000 seed round led by Broadmark Capital and and is currently raising its Series A. The startup is donating its profits from this month to GAPPS, a global non-profit based in Seattle that focuses on the prevention of prematurity and stillbirth.