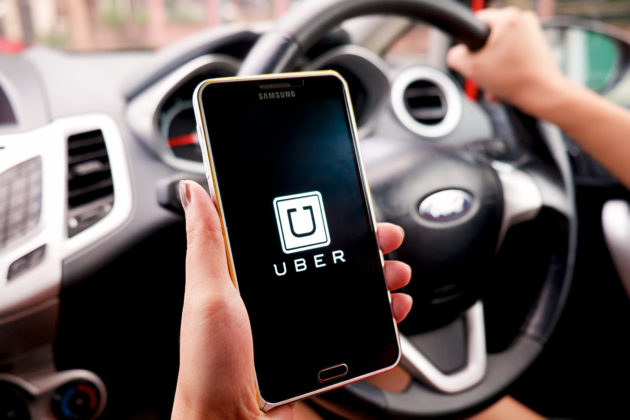 The city of Seattle’s landmark law that will let drivers for ride-hailing platforms like Uber and Lyft decide if they want to organize and bargain collectively is a first in the country. So naturally, some issues are going to come up. The latest is a disconnect over data.

As part of its effort to implement the law, the city is seeking metrics about drivers that companies like Uber and Lyft say are difficult to compile and could compromise their business models. It’s way more complicated than grabbing a few spreadsheets and sending them over to city staff, the companies say.

When the Seattle City Council passed the first-of-its-kind ordinance last year, it left many key details up to the city’s Department of Finance and Administrative Services (FAS). Today that department will ask the City Council’s Education, Equity & Governance Committee for six more months to get more input on some of the most important, complex and divisive issues — specifically who gets a voice in whether drivers should unionize. Some favor giving a vote to everyone who drives a taxi or works for a transportation network company like Uber or Lyft, while others prefer to use a minimum threshold of hours worked or trips.

Uber and Lyft, two of the biggest ride-share companies, believe every driver should have a say in whether or not they want to organize. City staff have not made a recommendation yet on this issue and will spend a portion of the next six months gathering data from drivers and the ride-share companies themselves to come up with the best path forward.

“We realize that once that ends, that we’ll need to make the tough decision of where exactly we land with regards to defining the qualifying drivers,” said Matthew Eng of FAS.

The city’s effort to collect data about drivers is what’s raising objections from the ride-hailing companies, who say they’ve already provided, or offered to provide, a lot of information.

Caleb Weaver, a spokesman for Uber, said the company has in the past made public aggregate statistics on the number of trips and drivers, and the total amount of fares paid in the region. Uber has offered to share these types of data with the city. Lyft has released total number of rides provided by driver; methods used by passengers to request rides; percentage or number of rides picked up in each zip code; pickup and drop off information by zip code; and percentage by zip code of rides requested but ultimately not provided.

But the city wants more than that. It wants to know what kinds of drivers are making the majority of trips. Do a small percentage of full-time drivers account for a large majority of trips, or is most of the work done by part-timers?

“What does the typical Uber driver look like? We don’t necessarily know that,” Eng said.

The structure of companies like Uber and Lyft, with drivers logging on and off whenever they want, and not necessarily keeping a set schedule at any time, makes it likely that there isn’t a “typical Uber driver,” the companies say. If the city decides to have some sort of threshold for who counts as a qualifying driver, there is a question of which hours and trips count because many drivers cross jurisdictional lines numerous times everyday.

“As soon as you begin to draw lines around the individuals that drive with Uber and say only these people, or only those people, because of the way the business works it becomes very difficult very quickly to draw lines in a way that make any sense,” Weaver said.

Another issue that makes it hard for ride-hailing companies to provide data is turnover within the industry. Some people only drive seasonally and others drive for a little while and then stop entirely. Both Weaver and Lyft spokesman Adrian Durbin used a teacher as an example. That person may drive full-time in the summer and not at all during the school year. How does the city account for that?

“As a result you could end up in a situation where a union is formed and many of the people bound by it never voted for it, and the people who voted for it are no longer driving by the time it is formed,” Durbin said.

Eng said many of these details are still being ironed out, but past ride-share regulations typically focus on trips that either begin or end within Seattle’s city limits, and the new ordinance could include similar provisions.

The law gives drivers the ability to collectively bargain for pay rates and employment conditions. Drivers have been considered independent contractors not protected by traditional labor standards — including Seattle’s $15 per hour minimum wage law. They also did not have collective bargaining rights covered by the National Labor Relations Act.

The law allows drivers to join a qualified organization that would then let them negotiate pay rates and other employment conditions. These organizations would have 120 days to demonstrate that “a majority of drivers for a specific company choose to be represented.” From there, those groups would be able to participate in collective bargaining conversations on behalf of their drivers.

The city recently held several workshops to get feedback from drivers on the law but turnout was low and response varied quite a bit on the issue of who should get to vote to be represented. Some drivers supported the one-ride, one-vote concept, allowing all drivers to have a vote, regardless of how many hours they’ve worked or trips they’ve made. Others favored only giving votes to drivers who hit a minimum threshold of hours or trips.

City of Seattle representatives said about 180 drivers turned out for the workshops, but that is just a drop in the bucket of the estimated 13,000 permitted for-hire drivers.

A survey of drives will likely be the centerpiece of the city’s extra outreach. It could be posted online, take less than five minutes and be easily completed on a mobile device, Eng said. To ensure that each driver only responds once the city wants to include identifying information such as a driver’s permit number.

According to the plan to be presented to the City Council committee Wednesday, the survey would be conducted in October, and legislation setting the key rules of the law would be introduced in January or February.

Despite previous accusations that Uber was trying to keep voters from supporting unionization, Weaver said the company is willing to help inform drivers of the city’s outreach efforts.

“Most recently, since the last hearing, we have told the city that we want to work with them on trying to pull data that we could provide in some aggregated way to help guide these decisions as well as, if they like it, to help facilitate contact with driver partners as part of their effort to get additional feedback,” Weaver said.

Lyft wants to see a voting process that protects against fraud. Durbin said the company favors a setup that requires drivers to vote in person and on paper. That’s a very different system than the one Eng described.

Both sides said the relationship has been positive despite opposition to the law before it was passed, friction surrounding data sharing and a lawsuit brought by the U.S. Chamber of Commerce. Eng said the ride-share companies are being proactive and working with the city to help figure out key details in the ordinance. Going forward, Eng hopes the companies can give the city the data it wants.

“I don’t know if we’ll get to the point where they are willingly sharing more data than they are with us, if we can move in that direction, I think that would be a positive step,” Eng said.

The qualified driver question is proving to be a very difficult one. But it is only one of a host of issues the city has to figure out within the new law. Other key details include which organizations should qualify to represent drivers; the requirement that ride-share companies will eventually have to turn over driver information to organizations seeking to represent them; subjects of collective bargaining; and how the city would approve negotiated agreements between for-hire companies and their drivers.

The city has given itself another six months to figure out how to make the law work for everyone involved, and it has plenty of complex issues to solve in that time. Starting as soon as later today, the clock is ticking.