Steve Ballmer likes Twitter. But he thinks it could be even better with a new owner: Google.

The former Microsoft CEO appeared on CNBC Friday and touched on a number of topics, including his thoughts on Twitter. 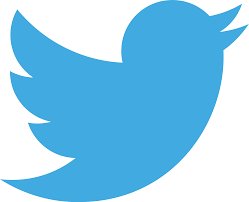 Ballmer, who announced last year that he owned a 4 percent stake in Twitter, said he never wanted to buy the social media company, despite rumors noting otherwise this summer.

“I mean, come on, I have a good life right now — I don’t need to do that,” Ballmer, who owns the Los Angeles Clippers and is working on a government-related project, told CNBC.

Ballmer did praise Twitter as a service, noting its relevance during this year’s presidential election and saying that “I don’t think there is any substitute for it in the market.”

“It is kind of an irreplaceable asset today,” he added. “I think it’s fantastic. The company has to either got to take an independent path and get going a little bit, or it has got to sell to somebody who can propel it.”

As its stock price dropped more than 40 percent in the past year, many potential Twitter suitors have been reported over the past several months, including Google. Ballmer said he likes the existing partnership between the two companies, with Google integrating tweets into its search results. But it seems that he’s a fan of taking that partnership a step further.

You might wonder whether that could be the start of a beautiful friendship.

“You might wonder whether that could be the start of a beautiful friendship,” Ballmer said of Google potentially acquiring Twitter. “But it doesn’t appear to be the direction it’s heading.”

Ballmer also said that he thinks Twitter CEO and co-founder Jack Dorsey, who gave one-third of his Twitter stock to employees a year ago, perhaps should not be running two companies at once. Dorsey is also CEO of payments company Square.

“I do think it’s a weird deal,” said Ballmer, who ran Microsoft as its CEO from 2000 to 2014. “I’m a big believer of almost monomaniacal focus. And that could be an issue.”

Twitter’s stock was up 7 percent today after rumors of an acquisition by Japan-based Softbank.

Ballmer also touched on two other companies: Facebook and Salesforce.

He told CNBC that Microsoft tried to buy Facebook when it was “itsy bitsy,” but Facebook CEO Mark Zuckerberg turned down a $24 billion offer. That was probably a smart decision, as Facebook’s market capitalization is nearing $400 billion.

I am a guy who actually believes in revenue and profit, I really do.

Ballmer also had a few comments about Salesforce. Microsoft was rumored to have interest in buying Salesforce last year, but that never came to fruition. A deal with Salesforce could make sense for Microsoft, solidifying its position in cloud computing. And in some ways, it makes far more sense for Microsoft than did the $7.6 billion Nokia smartphone acquisition, which is a leftover of Ballmer’s tenure at the company.

For Ballmer, though, he could never justify acquiring Salesforce.

“I am a guy who actually believes in revenue and profit, I really do,” he said. “And you can dilute something and get nothing back. I could never make the math work on Salesforce. Never, ever, ever, ever, ever. Never.”

That echoes what Ballmer had to say about Amazon last year, telling Charlie Rose that he’s wary of the Seattle-based tech giant.

“They make no money, Charlie,” Ballmer said. “In my world, you’re not a real business until you make some money. I have a hard time with businesses that don’t make money at some point.”

Amazon has posted a profit in the past five quarters.