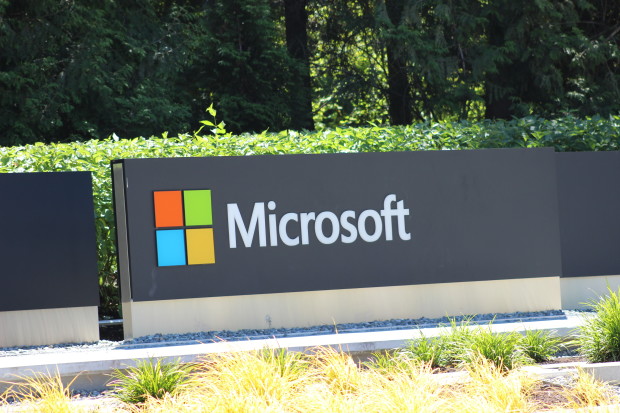 Microsoft just reported a quarterly loss of nearly $3.2 billion in the June quarter, as the company’s bottom line took a hit from its previously announced $7.5 billion write-down of its Nokia smartphone acquisition, and $780 million restructuring charge, according to financial results just released by the company.

However, the company posted revenue of $22.2 billion, beating analysts’ estimates, and Microsoft said it would have posted earnings per share of 62 cents without the Nokia writedown. By comparison, Microsoft was expected to post revenue of $22 billion and earnings per share of 56 cents for the quarter, not including the write-down, according to the consensus of analysts polled in advance by Thomson Reuters.

“Our approach to investing in areas where we have differentiation and opportunity is paying off with Surface, Xbox, Bing, Office 365, Azure and Dynamics CRM Online all growing by at least double-digits,” said Microsoft CEO Satya Nadella in the company’s earnings release. “And the upcoming release of Windows 10 will create new opportunities for Microsoft and our ecosystem.

Here’s what the quarterly results look like across the company and within its major divisions. 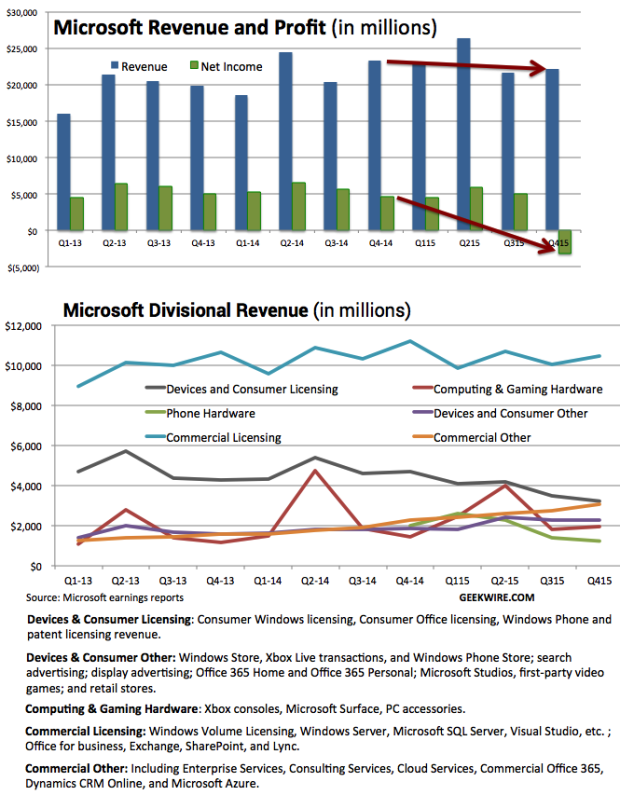 One bright spot was Surface sales, which rose to $888 million, up 117 percent, which Microsoft said was driven by ongoing sales of the Surface Pro 3 and the launch of the Surface 3. Microsoft sold 1.4 million Xbox consoles in the quarter, up from 1.1 million consoles previously.

Devices and Consumer Licensing revenue fell to $3.2 billion, from $4.9 billion in the same quarter a year ago, because of lower revenue from phone hardware, sales of Windows to computer makers, and Microsoft Office for consumers.

However, Microsoft said commercial cloud revenue was up 88 percent, and reached an annual revenue run rate of $8 billion. This is a key category for Microsoft as its customers shift from traditional software to cloud-based products like Office 365, Azure and Dynamics CRM Online.