Wrench, the on-site car repair startup, serviced more than 1,000 vehicles during a test run this summer in Seattle and that success has the company ready to hit the road as part of an expansion plan.

The company announced this morning that it will expand its service throughout the greater Seattle-Tacoma-Everett metro area, with an eye toward other western metro areas, starting with Phoenix this fall. 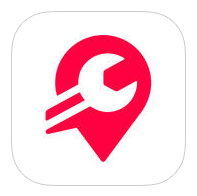 Wrench, which raised $1.2 million in seed funding from Madrona Venture Group in June, was co-founded by Ed Peterson. It allows users to schedule service online or via their app, with upfront fixed price quotes. A certified mechanic will perform work at a customer’s home or office on all makes of cars and trucks.

“We learned from research that as many as 90 percent of car owners felt inconvenienced by their periodic trips to franchise shops and dealerships for car maintenance service,” Peterson said in a news release. “Our launch results confirmed the ready demand for a new approach. What surprised us was the amount of business particularly given the limited marketing investment we made.”

The company said it initially limited its services to oil changes, tune-ups and basic brake repair, but high demand led Wrench to expand services to cover almost anything that a shop or dealership would provide.

“As an investor, the Wrench team has what we look for in early stage funding — a great team, a big idea, and a big market,” Madrona managing director Len Jordan said in June.