Workers reached a milestone this week in the construction of the most distinctive element of Amazon’s new Seattle campus — lifting and welding into place the first massive steel pieces in the external structure of the giant biodomes going up at the base of the company’s new office towers just north of downtown.

Office workers from nearby office buildings watched from the surrounding sidewalks on Tuesday afternoon, as sparks flew into the sky at the end of a rare sunny day in February in Seattle city. The steel pieces are going up on multiple sides of the three biodome structures, north of Lenora Street between Sixth and Seventh avenues. The biodomes are expected to open as early as next year, with a full-time horticulturalist taking care of the plants inside.

The structures will be part of a 3.3 million-square-foot office and retail complex that will span three blocks bounded by Westlake Avenue, Blanchard Street and Sixth Avenue, connected by a streetcar line to Amazon’s existing headquarters campus in the South Lake Union neighborhood. The first office building in the complex opened in December, across the street from the block where the biodomes are going up.

The new campus on the edge of downtown Seattle is part of a broader push by Amazon to increase its footprint in its hometown — literally reshaping the city in the process. Whereas many other tech companies expand in the suburbs, Amazon CEO Jeff Bezos has pointed to the benefits of expanding in the city instead, although the associated growing pains have also created tension between Amazon, longtime Seattle residents and some city leaders.

Workers have been making significant progress on the biodomes since GeekWire last checked in on them four months ago. We also returned yesterday to an upper floor the nearby Cirrus apartment building to get new aerial views of the project. 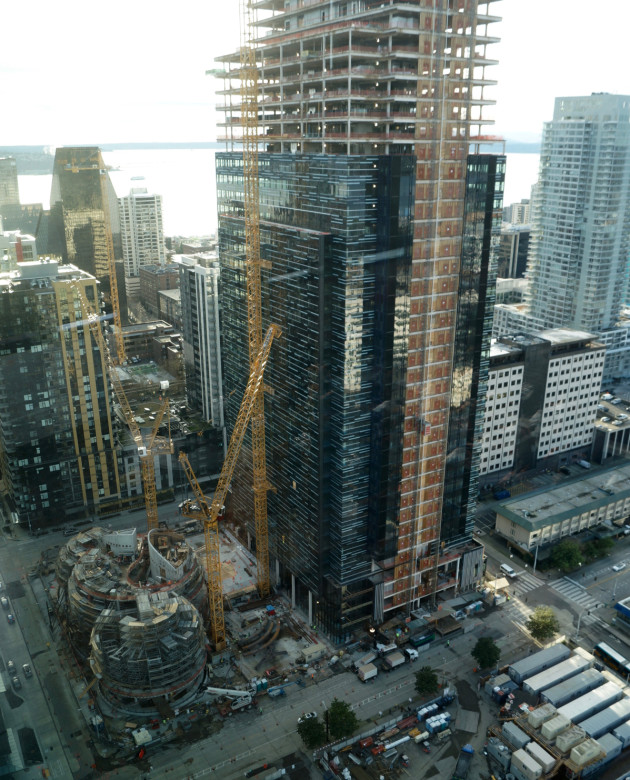 Browse more photos of the steel structures going up on the biodomes in the gallery below below. 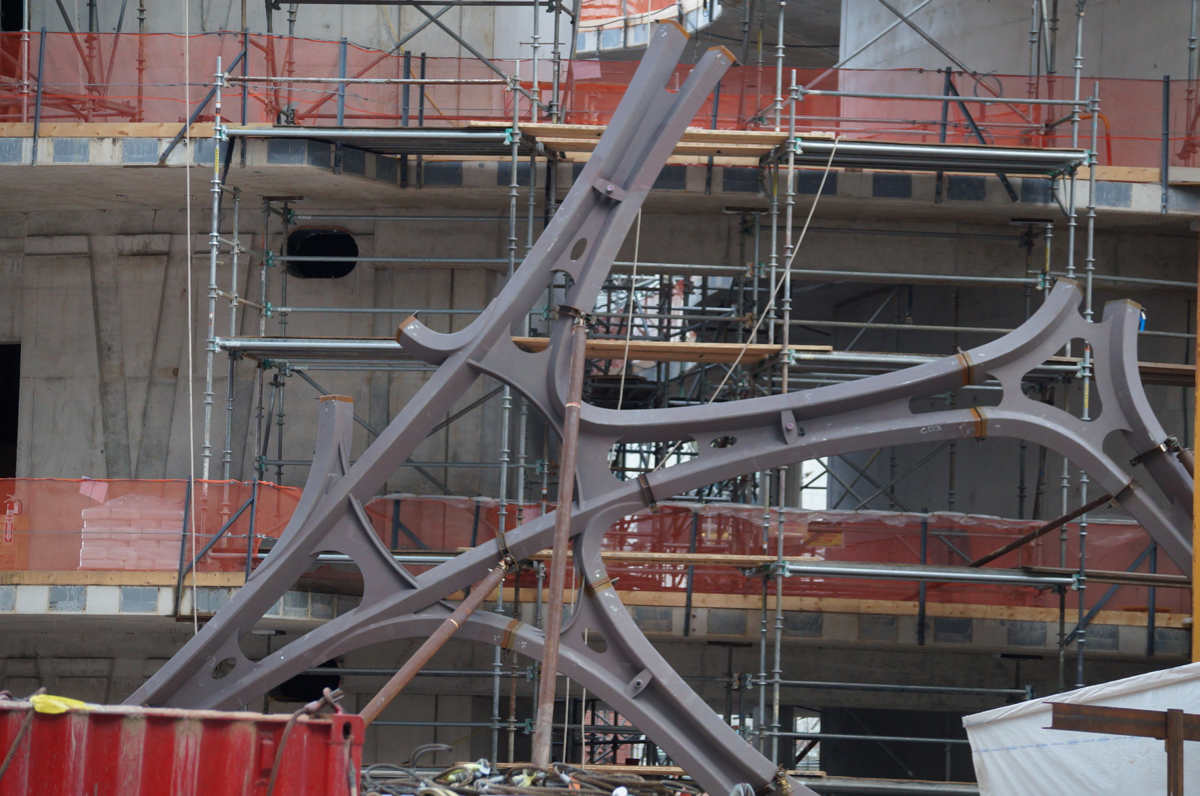 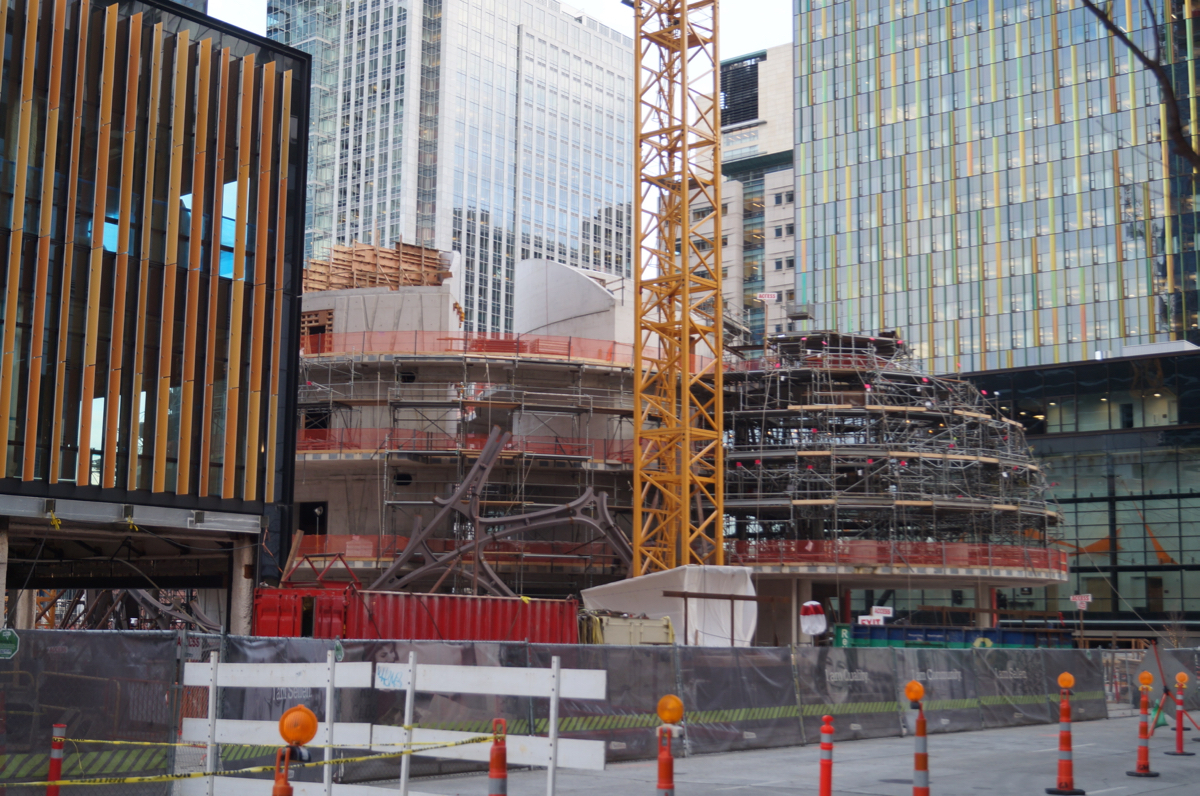 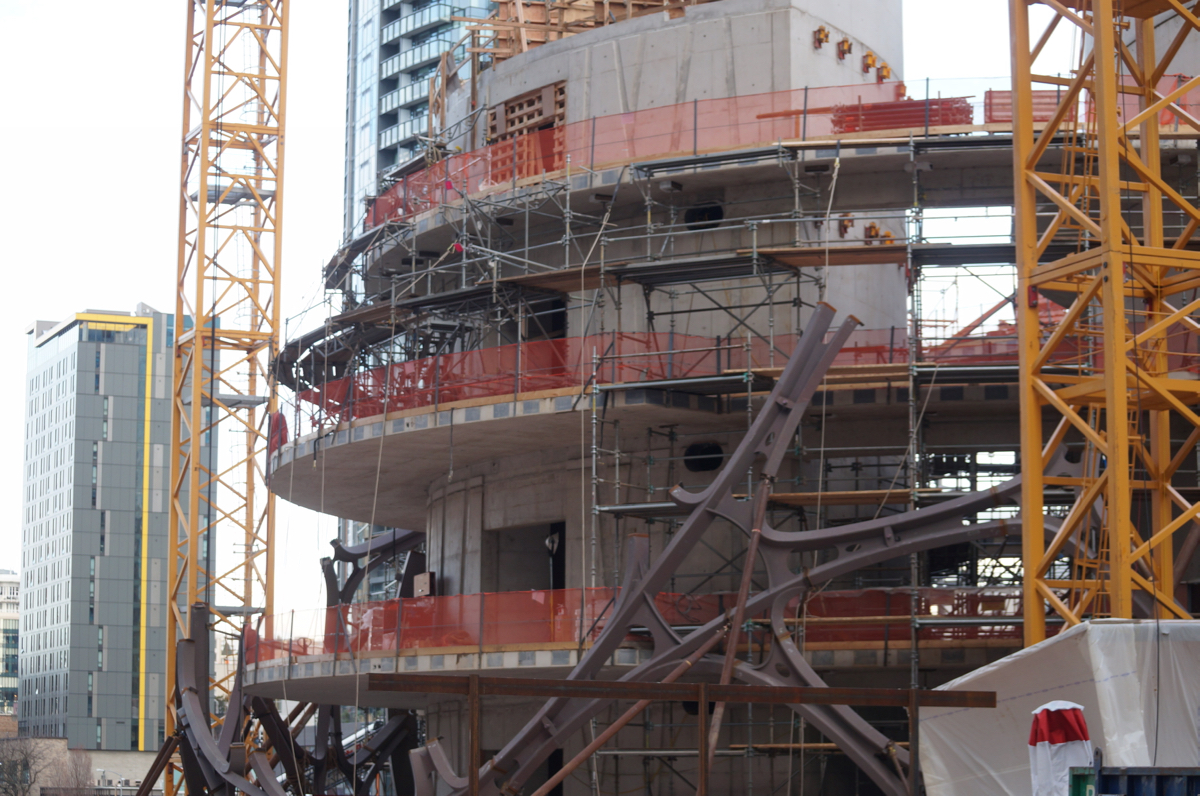 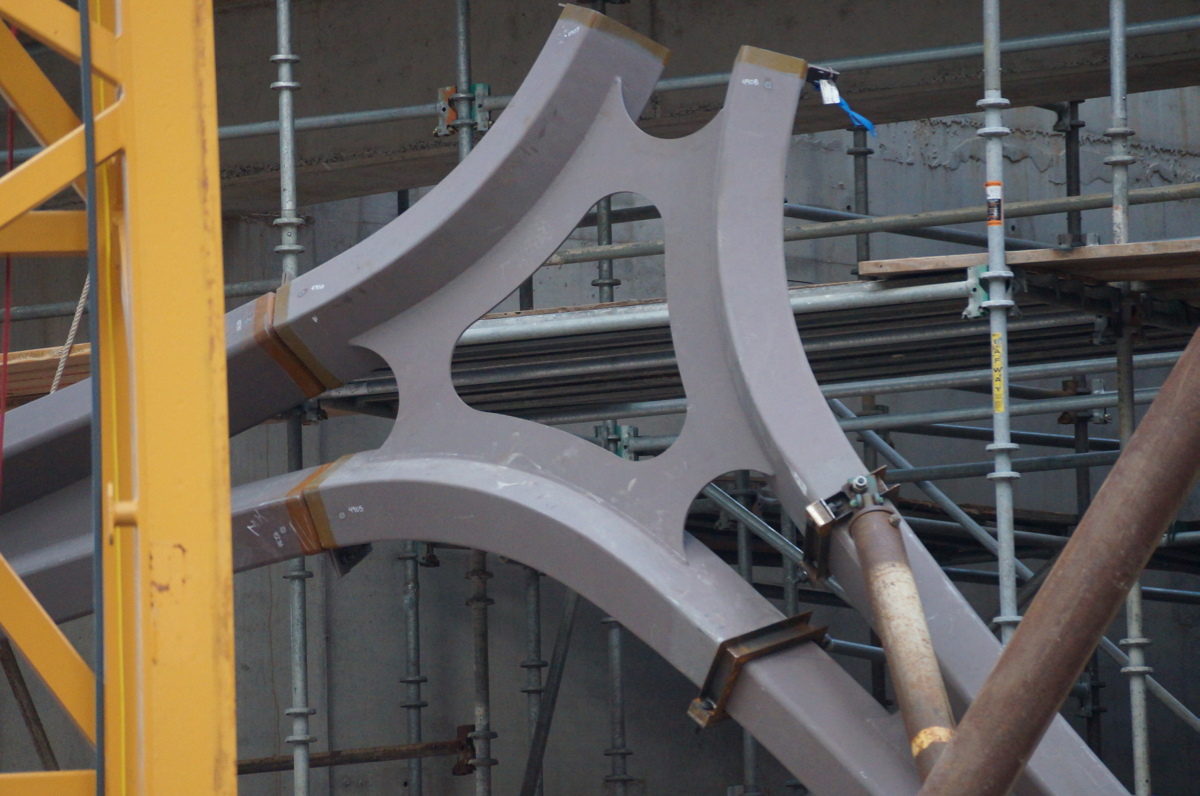 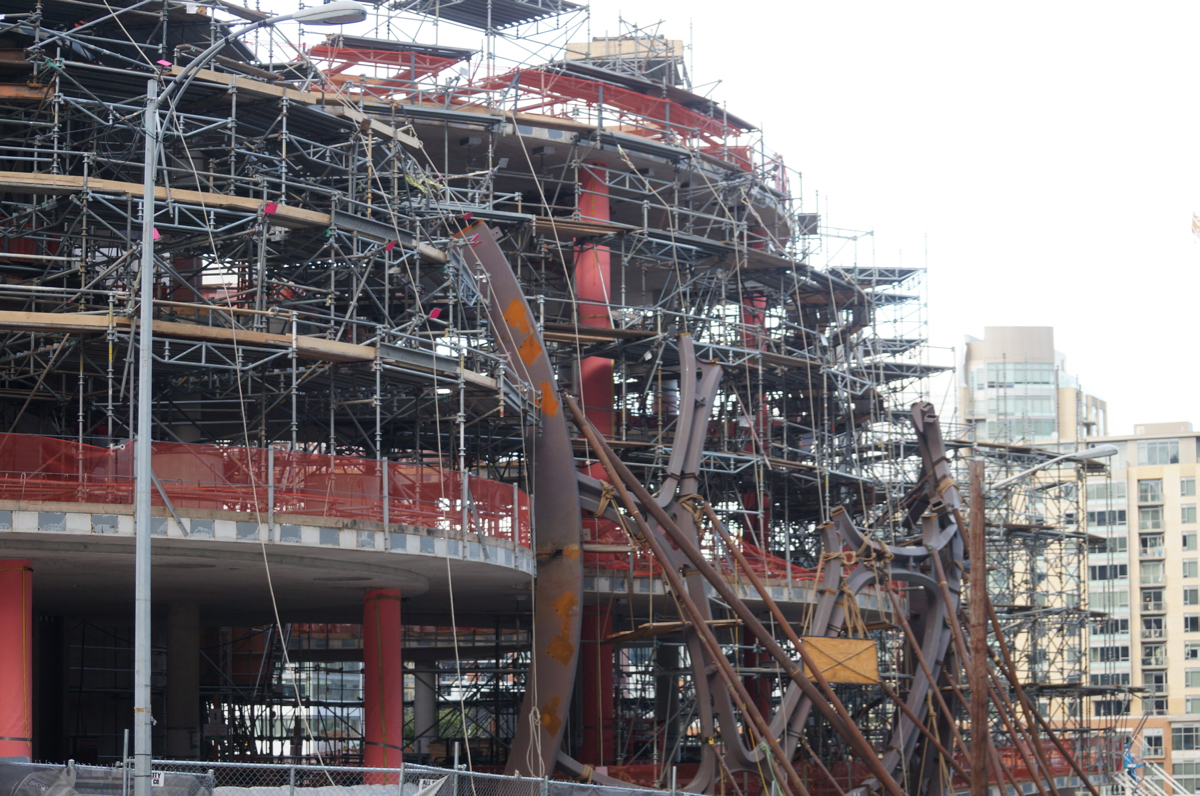 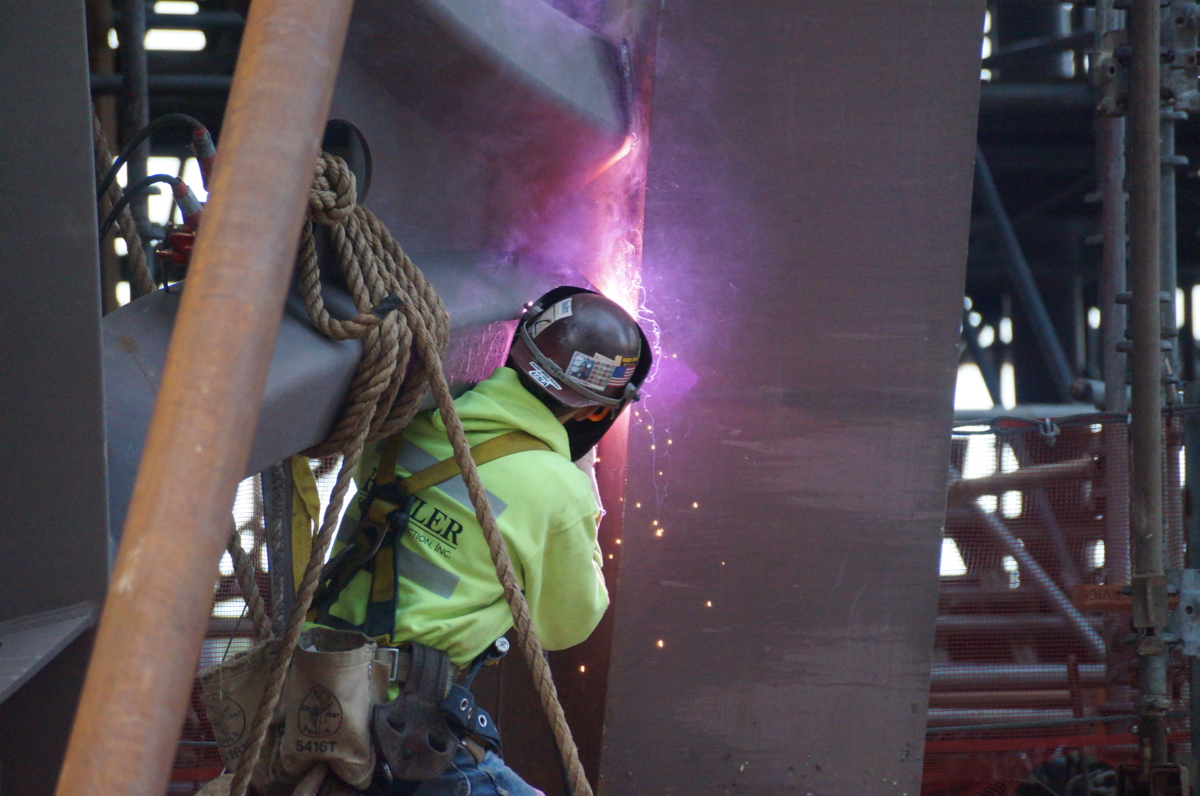 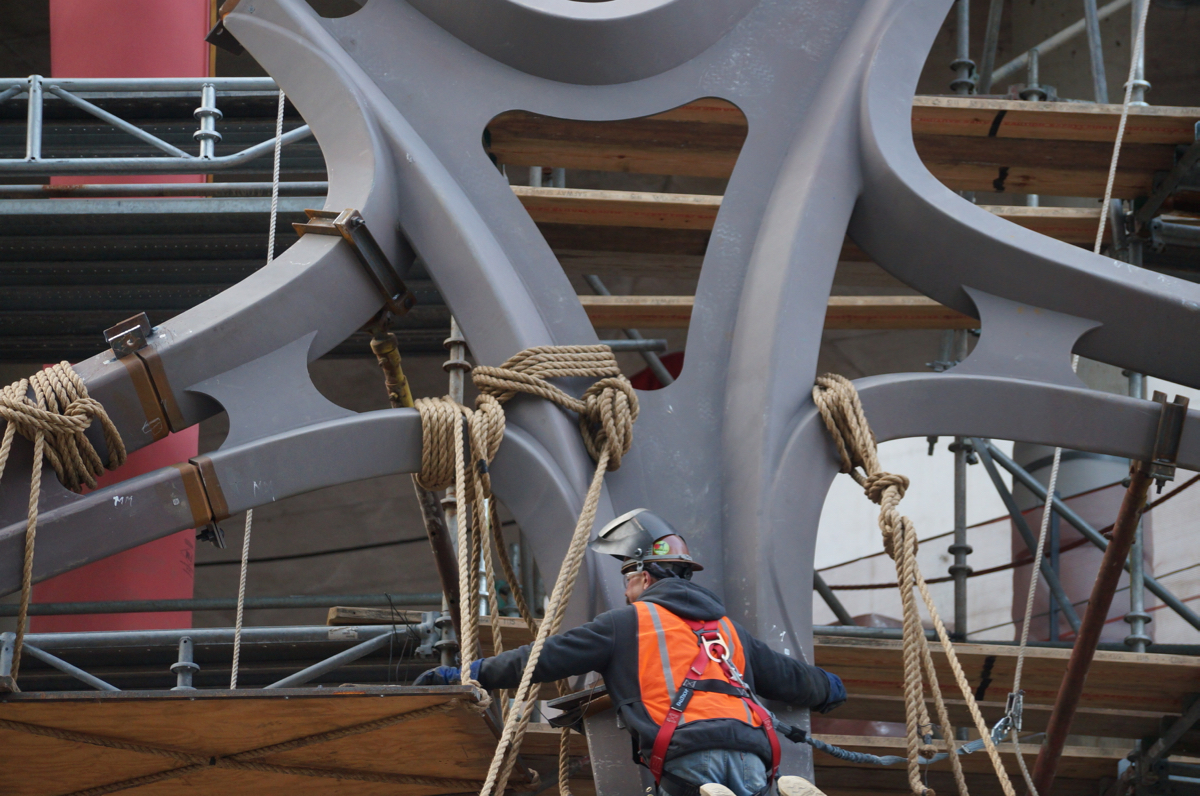 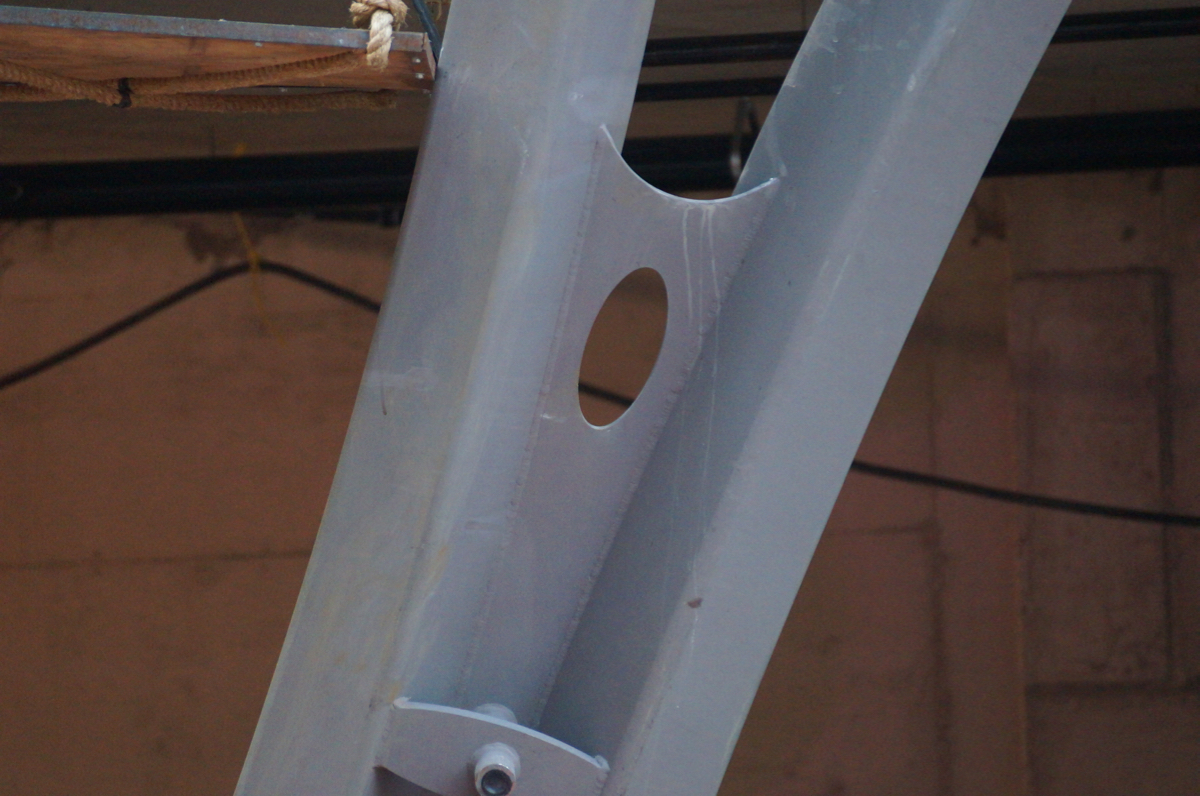 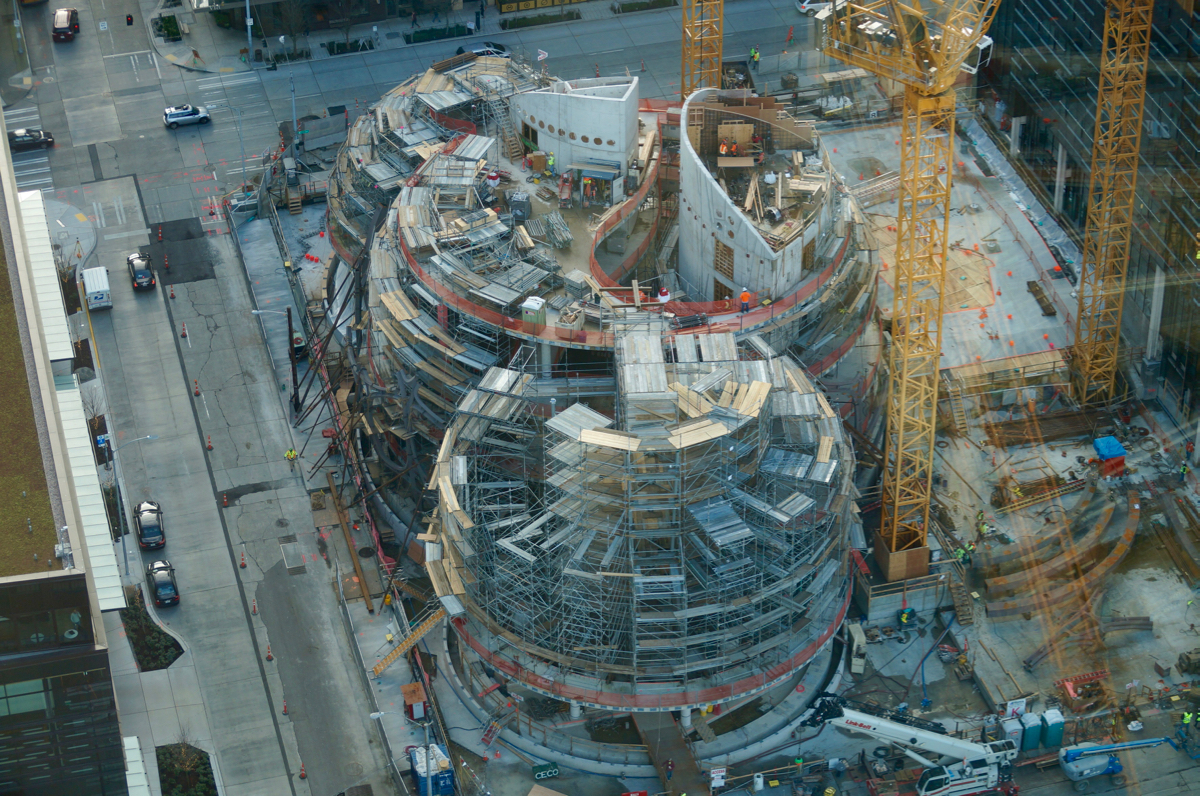 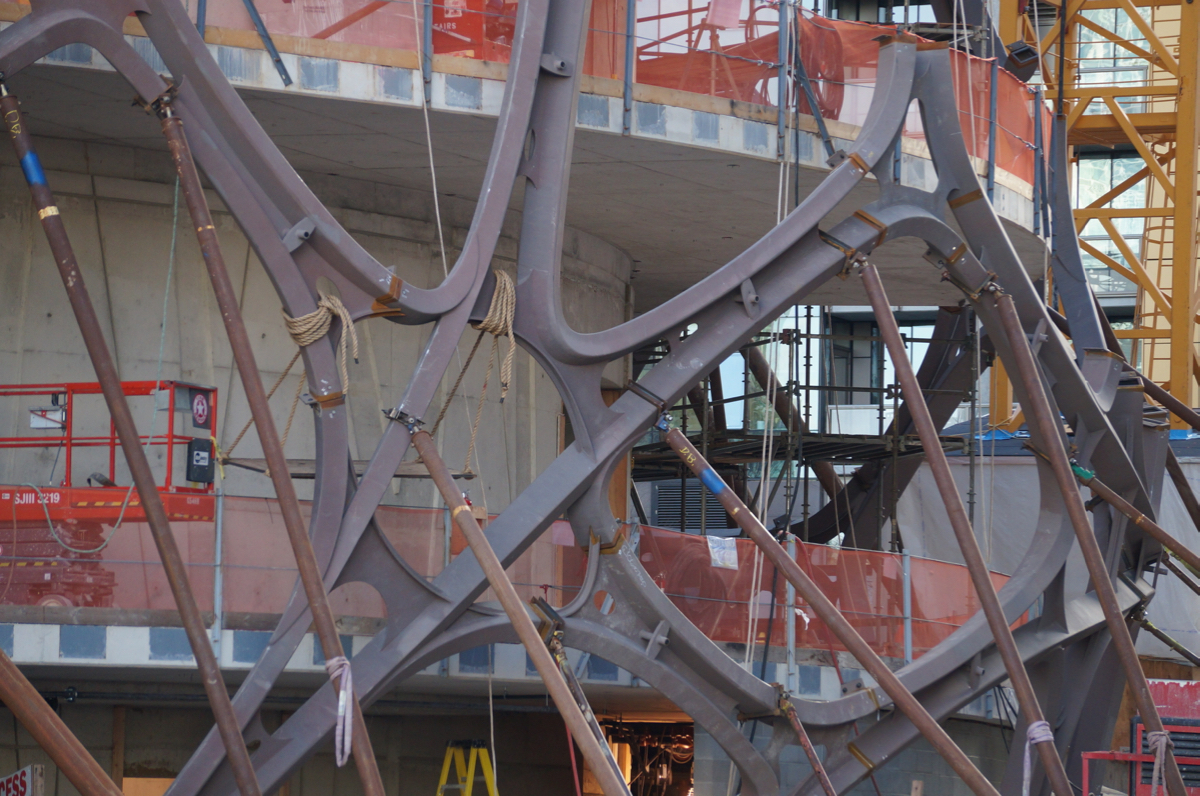 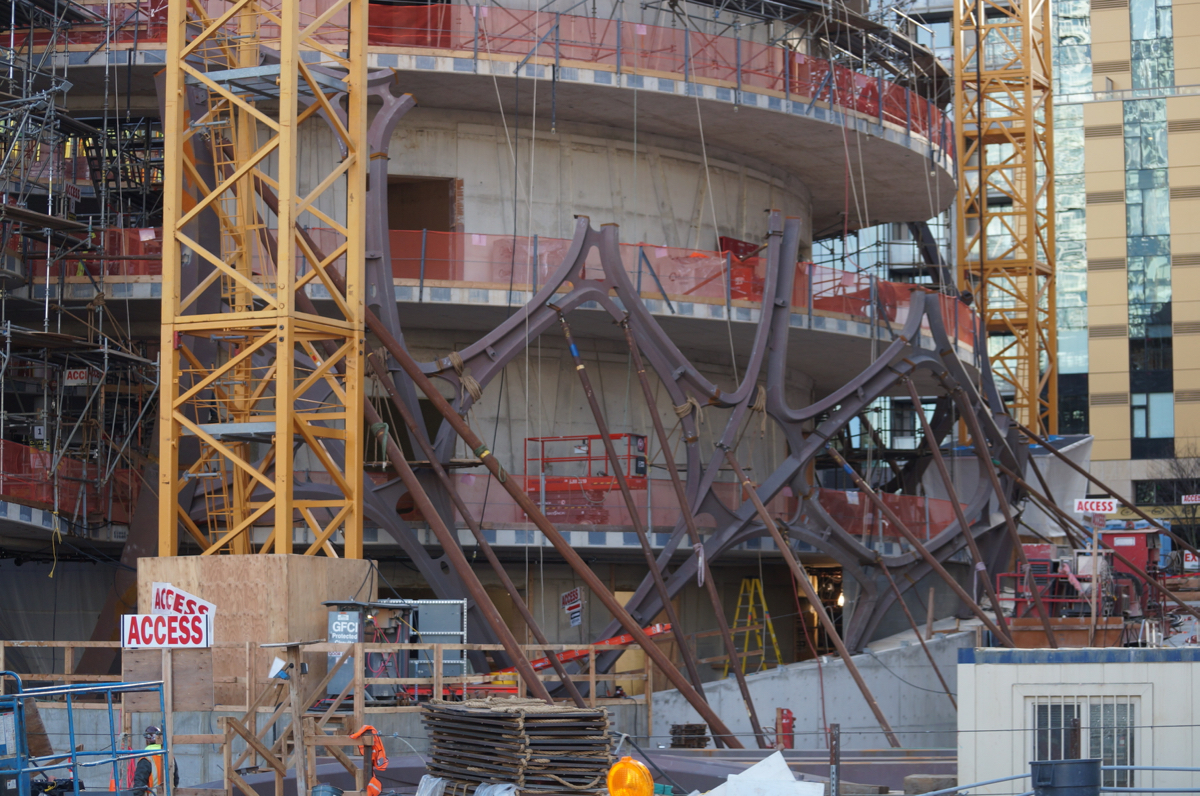 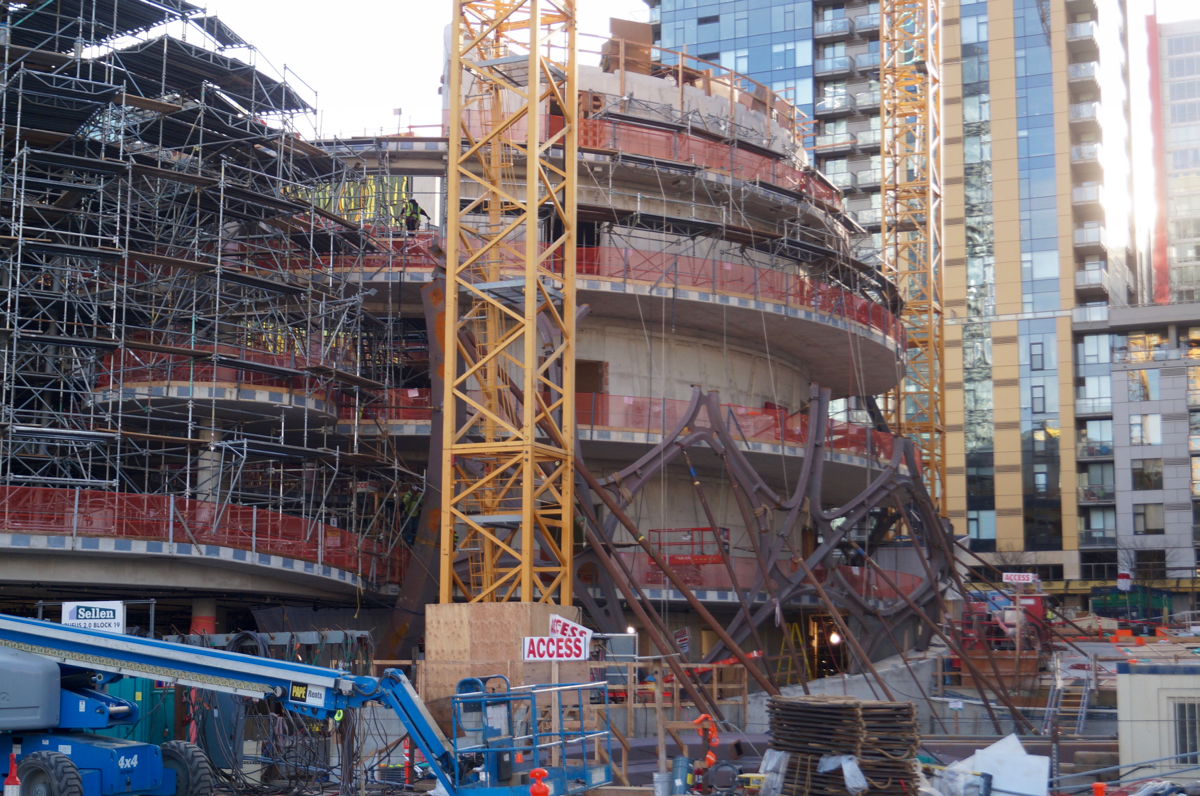 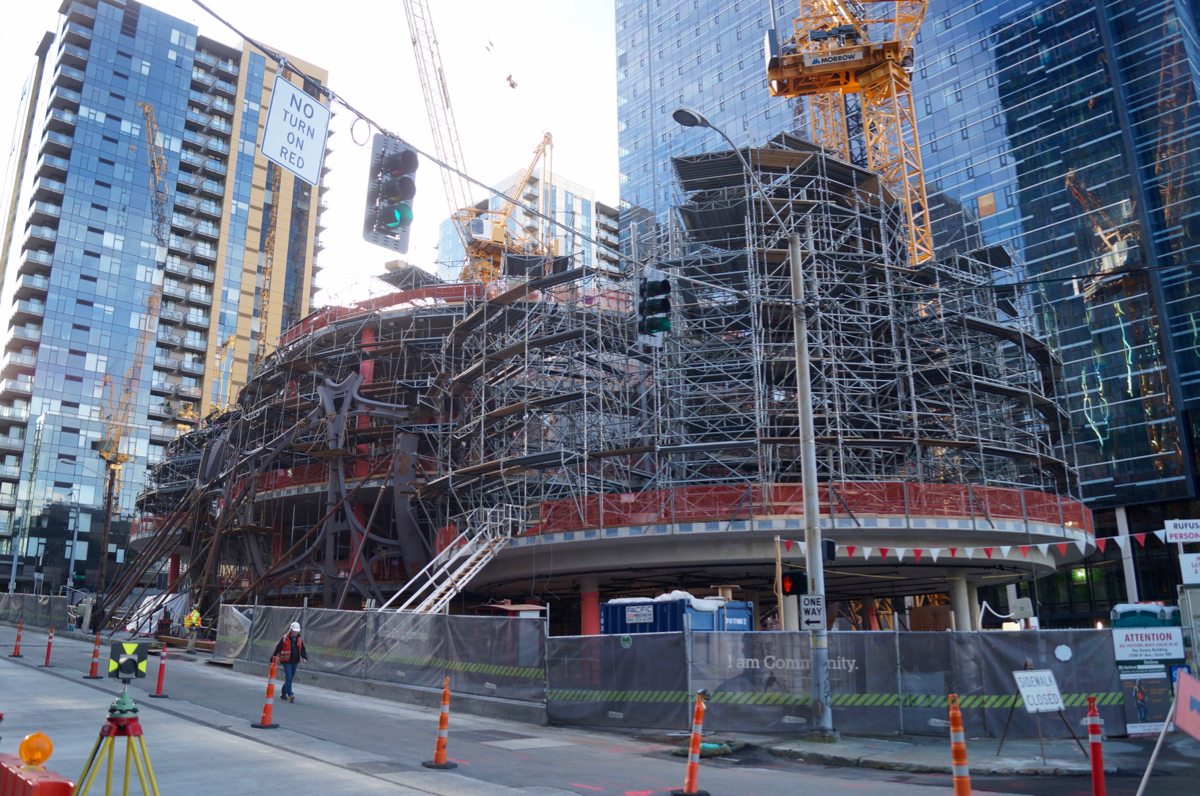 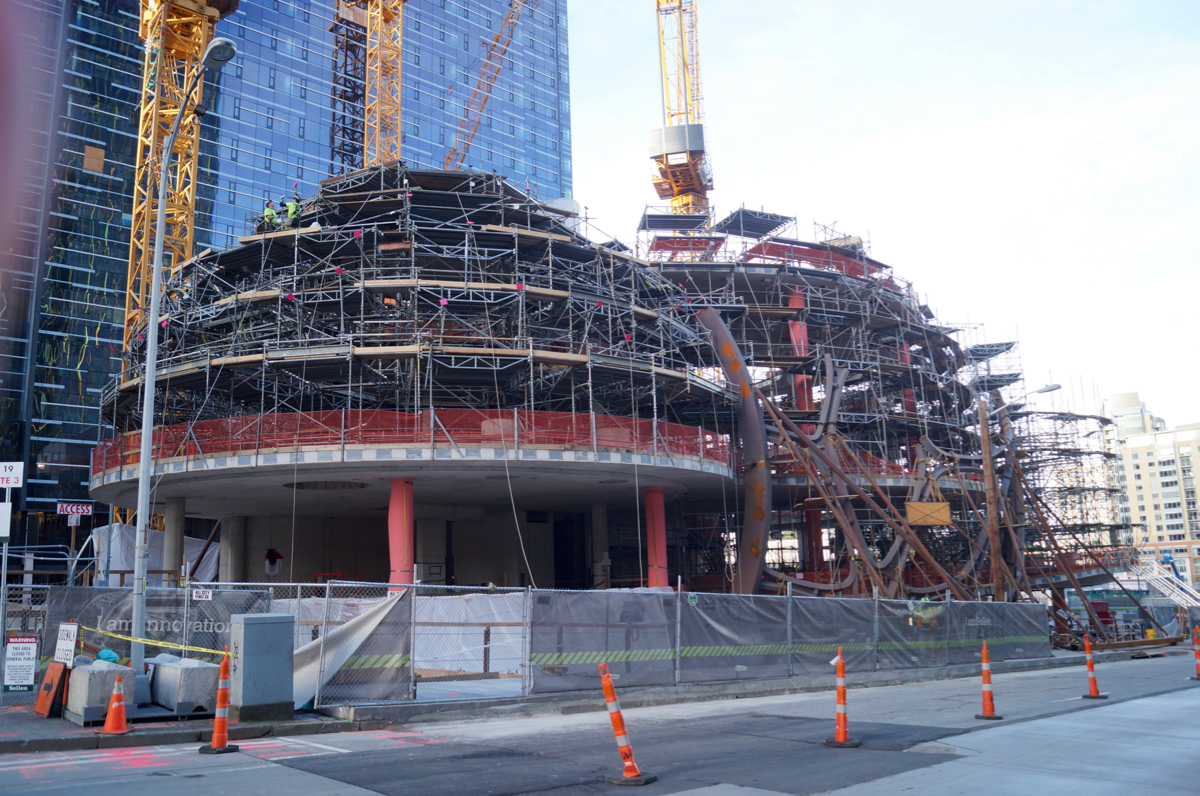 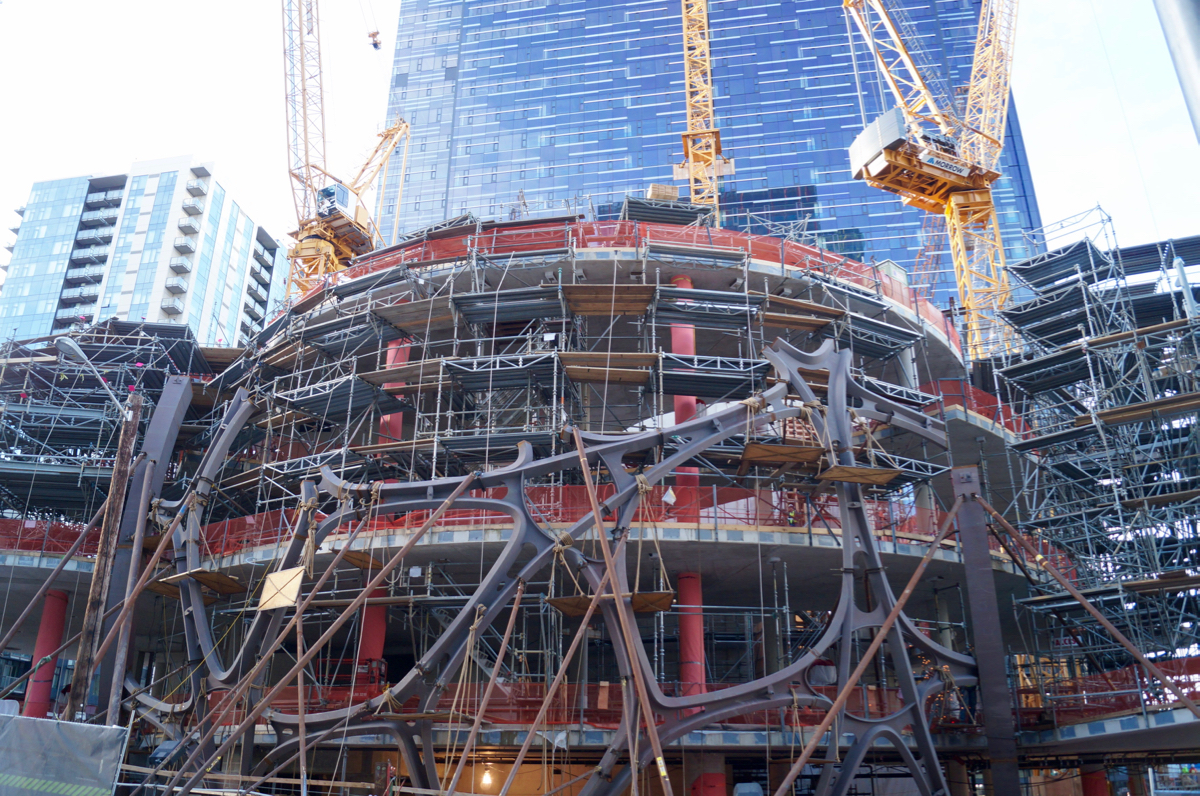