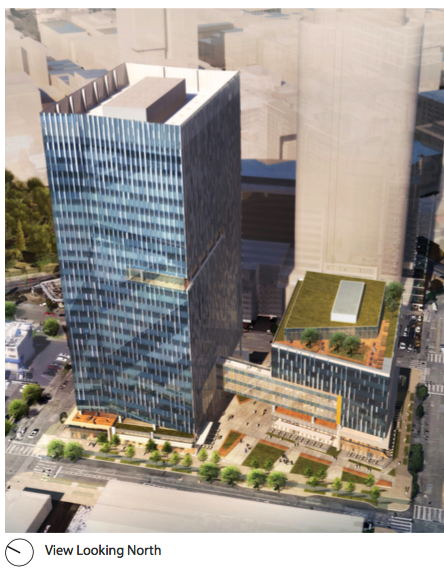 Amazon will be required to allow 24-hour public access and put up signs making it clear that free speech activities are permitted in a future courtyard that’s planned as part of the company’s building boom in Seattle’s Denny Triangle neighborhood.

The Seattle City Council imposed those additional conditions on Monday as part of its 8-1 approval of Amazon’s request to take over an existing alley when it builds two office towers on the block that was the longtime home of the Hurricane Cafe, bounded by Bell and Blanchard streets and 7th and 8th avenues.

Although the Council’s decision was ostensibly about vacating an alley, the discussion touched on much larger issues — highlighting, once again, Amazon’s increasingly outsized impact on its hometown, as the tech giant expands beyond its current headquarters campus in the South Lake Union neighborhood.

Amazon needs to really demonstrate to our community that they are going to be a high-road employer for all workers, and not just the Walmart in the sky.

Some councilmembers criticized Amazon for squelching free speech and kicking protesters out of its existing courtyards at its properties in Seattle. The company also continues to come under fire for contracting with the controversial firm Security Industry Specialists (SIS) for its security workers.

“There is an opportunity here, I think, to demonstrate how a city that is becoming a city of tech workers can also be one that supports those that serve them their coffee and manage their office buildings,” said Councilmember Mike O’Brien during the council meeting. “That’s why I think it’s more important than ever that we think about the future of public benefits that are provided for street and alley vacations, and for any deal that results in public property or right-of-way becoming privatized.

Addressing Amazon representatives in the audience, O’Brien said, “I believe that our interests are actually aligned here.” But he added that the company needs to “really demonstrate to our community that they are going to be a high-road employer for all workers, and not just the Walmart in the sky.”

Councilmember Kshama Sawant, who voted against the alley vacation, said that the city should send a message to Amazon, considering allegations against SIS including intimidation of workers and labor law violations.

“Amazon is willfully turning a blind eye to this problem,” she said, adding later, “Many elected officials think one can represent both the needs of workers and big business, but you cannot. This is a live example of where you have to pick a side, and council members are choosing to pick a side, one way or another. It’s disingenuous to pretend that this is all just fair and square. We have a society that has a significant wealth and power differential. This is not neutral.”

A video of the council meeting and public comment is available here, along with additional documents detailing the plan. The Seattle Times also reported last night on the Council’s decision. The amendment, introduced by councilmembers Tim Burgess, Lorena González and Lisa Herbold, reads in part:

Free speech activities such as hand billing, signature gathering, and holding signs, all without obstructing access to the space, the building, or other adjacent amenity features, and without unreasonably interfering with the enjoyment of the space by others, shall be allowed within these public benefit features. While engaged in allowed activities, members of the public may not be asked to leave for any reason other than conduct that unreasonably interferes with the enjoyment of the space by others. Signage clearly identifying public access and allowed free speech activities is required at the public open space elements and shall require the review and approval of SDOT Street Vacations.

Some community groups and residents spoke out in favor of the broader decision to vacate the alley, saying that the new courtyard and other accommodations would further improve the walkability of the neighborhood. 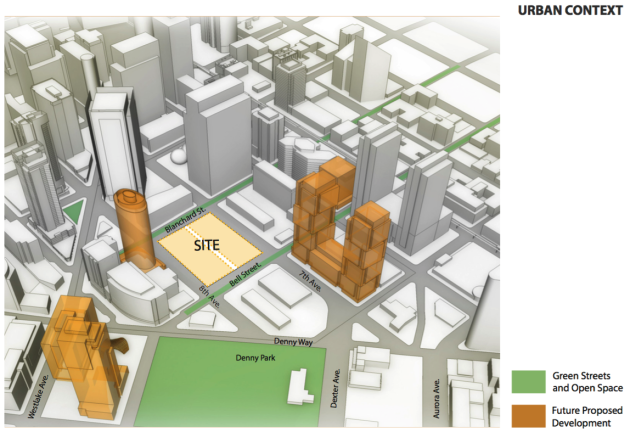 The site would be the fourth block in a larger Amazon complex, northwest of the three-block campus currently under development on the northern edge of downtown Seattle, as shown in these maps and diagrams submitted as part of Amazon’s alley vacation request. 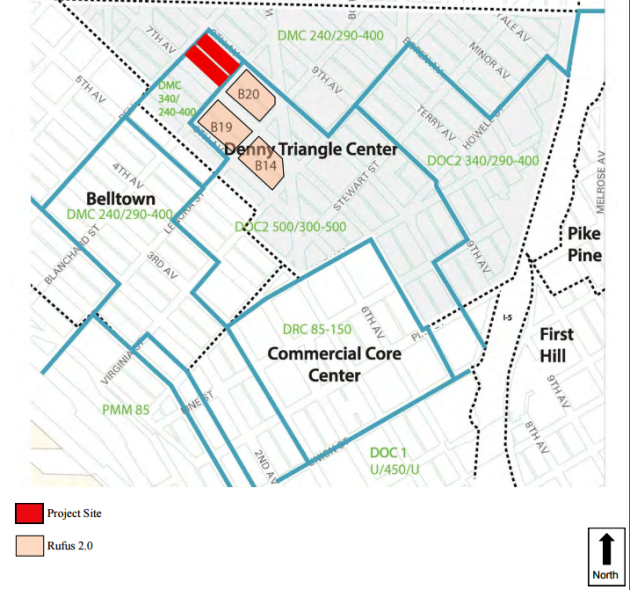 This key shows the public benefits that will result from the alley vacation, corresponding to the diagram at the top of this post. (Click for larger image.) 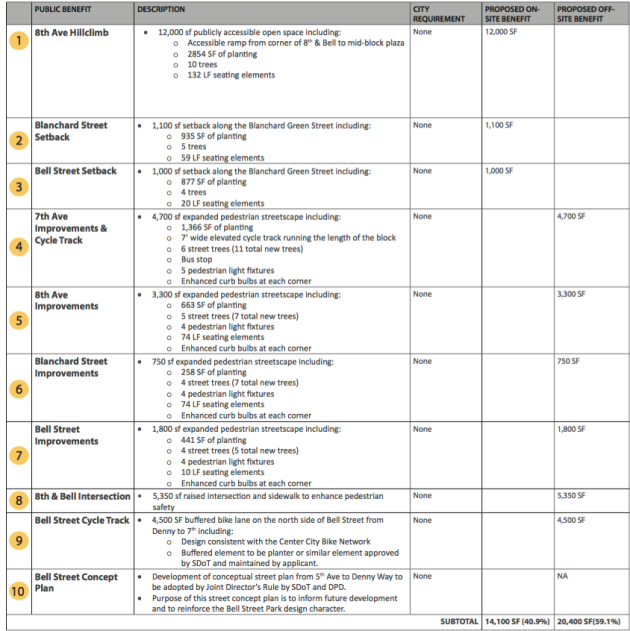