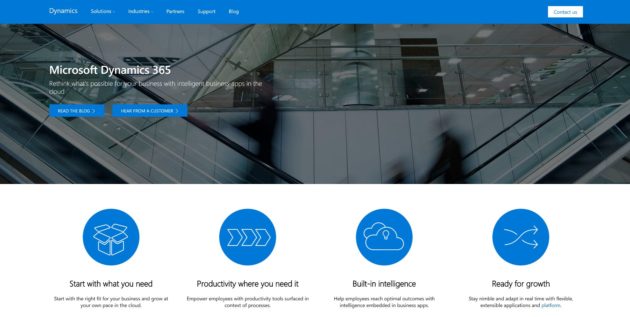 In a move that could give Microsoft new ammunition against its CRM rival and cloud partner Salesforce, the Redmond company today announced Dynamics 365, pledging to integrate its customer-relationship management and enterprise resource-management (ERP) services into a single Azure service.

The service will offer new, easy-to-use applications to help manage specific business functions, including customer service, field service, financials, marketing, operations and sales, according to the announcement, a blog post by Corporate Vice President Takeshi Numoto. The apps will make use of Microsoft’s Power BI analytics and Cortana digital assistant and will offer integration with Office 365.

Dynamics 365 apps will be usable independently but will work together, Numoto said in his post. For example:

Dynamics 365 is scheduled to become available in the fall.

“This announcement definitely gives Microsoft the opportunity to show the value of CRM and ERP working together, which Salesforce doesn’t have,” said Rebecca Wettemann, a vice president with Nucleus Research, Boston, who was pre-briefed on the announcement.

“CRM and ERP applications have traditionally been bought separately, or at least by different buyers, and . . . few other players offer a common data model for CRM and ERP – and none bring in the Office productivity capabilities as Microsoft can,” Wetteman wrote in a research note. Dynamics 365 is “a powerful competitive weapon against standalone ERP and CRM players,” she said.

The new offering “is likely to accelerate Microsoft’s consistent growth” in CRM market share, Wettemann predicted. May figures from Gartner show Microsoft trailing in that market with a 4.3 percent 2015 market share, compared with Oracle’s 7.8 percent, SAP’s 10.2 percent and Salesforce’s 19.7 percent.

Despite its partnership with Salesforce, announced in September, Microsoft made acquisitions in March that showed it is serious about competing in the CRM market.

The company also announced AppSource, a marketplace for Software as a Service (SaaS) and add-ins. AppSource already has 200 items to choose from. The items, from both Microsoft and its partners, are searchable by specific industry segment.