Microsoft has agreed to buy Genee, a scheduling service it said uses natural-language processing to automate setting up meetings. The acquisition is intended to “accelerate intelligent experiences in Office 365,” according to the post announcing the sale, from Rajesh Jha, Microsoft’s corporate VP for Outlook and Office 365. Terms weren’t disclosed.

“We consider Microsoft to be the leader in personal and enterprise productivity, AI, and virtual assistant technologies,” Genee co-founders Ben Cheung and Charles Lee wrote in their blog post. 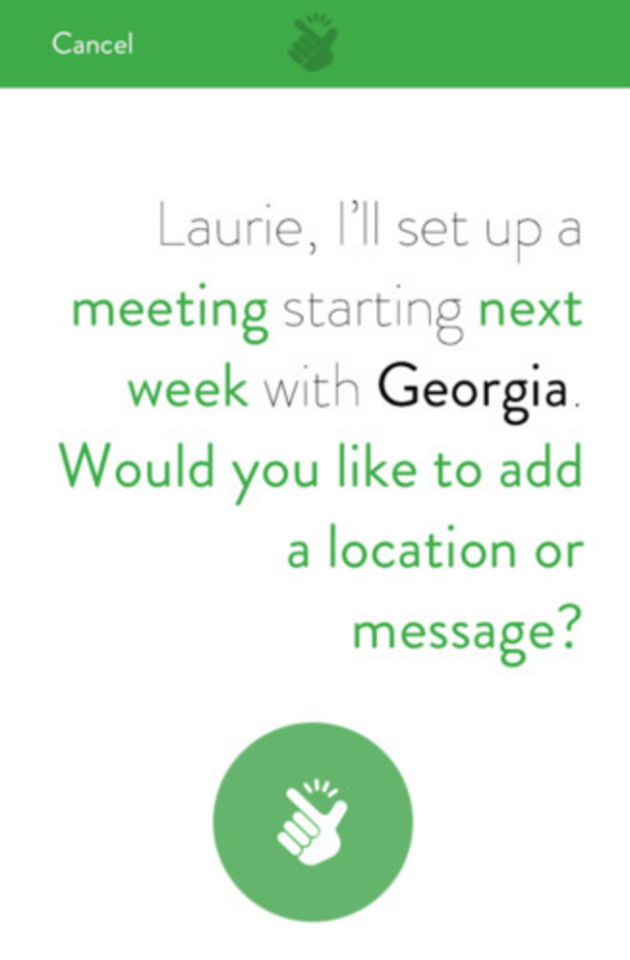 Founded in early 2014, Genee (pronounced “JEE-nee”) is based in Mountain View, Calif., and had raised $1.5 million in funding from four investors in a single round, according to CrunchBase. It will shut down its free beta service on Sept. 1, and the co-founders will join Microsoft.

When users include Genee on a communication about setting up a meeting, the service scans participants’ calendars, chooses a time to meet when both parties are free, and sends invitations. It can also be used to schedule group events.

In addition, it can interpret what “tomorrow” and “next week” mean and knows when breakfast and other meals are typically eaten, according to the site’s FAQs. It can be used in emails, via SMS, on Twitter, on Facebook and in Skype messages. It supports Google and Exchange-based calendars, even from Apple devices.

Based on job postings on Genee’s site, the application relies on Amazon Web Services and uses a SQL database.