Despite plenty of skepticism surrounding drone delivery, Google continues to press on with its own version, called Project Wing.

The company has received a patent for a wheel-mounted “delivery receptacle” that will work with an “unmanned aerial delivery device,” or drone, according to a copy of the patent. The delivery receptacle will communicate with the aerial device through the use of infrared so it can locate and navigate to the receptacle.

Once the drone flies in and drops a package into the receptacle, the receptacle can move on its own power to a “secure location, such as a garage,” the patent said (Is this enough like The Jetsons for you?). Amazon is of course working on its own drone-powered delivery system. 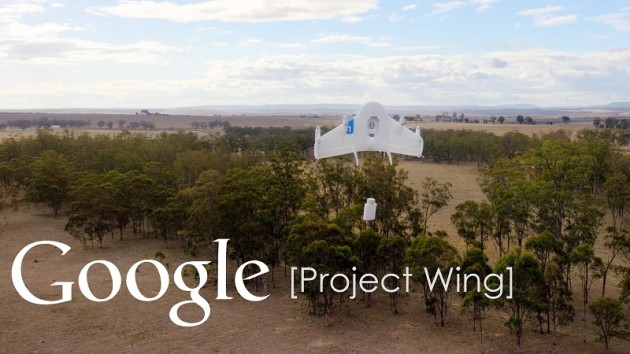 The patent was reported by The Next Web. Google executives have said Project Wing drones could be ready to fly starting next year. Last March, Amazon Prime Air was given permission by the Federal Aviation Administration to begin testing a prototype. Amazon executives have said the company is experimenting with multiple kinds of drones at a secret location.

What’s holding everybody back are the regulations. The commercial use of drones is not yet legal, without a special exemption, but the FAA is expected to issue rules for commercial drone flights later this year.