“Where’s the beef?” may have found its calling as a catchphrase with a long shelf life in the 1980s, but if Seattle startup Crowd Cow has anything to say about it in 2016, the phrase should be “Where’s the beef from?”

Founders Ethan Lowry and Joe Heitzeberg are veterans of the Seattle tech scene. Lowry was one of the co-creators of wildly popular restaurant directory service Urbanspoon and Heitzeberg, among other entrepreneurial pursuits, led the in-house startup incubator for Madrona Venture Group. 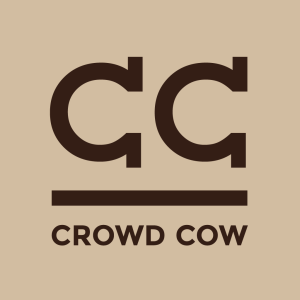 Crowd Cow is the result of two friends coming together over a shared interest in high quality, healthy and sustainable food and top-notch customer experience. And after about 8 months of operation, the men are realizing their mission to get better-raised, better-tasting meat into the hands and mouths of local consumers.

That mission started like it might for any ordinary grocery shopper who is confused by the specter of ingesting “mystery meat” with no real understanding of what went into raising and processing that night’s dinner.

Crowd Cow removes the mystery by working directly with select Washington ranches that are producing the best possible meat from start to finish. It also brings a high-tech sensibility to the age-old practice of processing and buying meat, taking the crowdsourced funding techniques popular among tech products and non-profit initiatives and applying them to the pasture, instead.

Customers, who may have been wary of ordering and storing an entire side of beef from other you-buy-the-cow style operations, pick the specific cuts and quantity they want on Crowd Cow while enjoying the convenience of ordering online. The site encourages meat lovers to rally their friends, claim a share, tip a cow and become a “steak holder.”

When a cow is tipped, all of the available cuts from that animal have been spoken for. The startup on Monday just made a new cow available — offering 53 “shares” to customers. Prospective meat lovers can choose from a variety of packages like the “steak-only share” which sells for $134 and includes about six pounds of rib and loin steaks or “premium ground beef XL” share which sells for $69 and includes 10 pounds of ground beef. The website points to where the beef is coming from, as well, and Monday’s cow is from Step By Step Farm in Curtis, Wash.

You can also buy a la carte items, like 2.5 pounds of oxtail for $25; two pounds of tongue for $24; or three pounds of marrow bones for $9. Crowd Cow ships all of its packages for $9.99, and with the current cow which went up for tipping Monday, selections of meat will be delivered by March 10.

“We knew the mechanics of crowdfunding as a way to engage an audience and essentially pre-sell something,” Heitzeberg said. The two found great success on Kickstarter with Poppy, a 3-D device for iPhone that won the 2014 GeekWire Award for Hardware/Gadget of the Year.

The first cow, or “event” as they call it, was launched with an email to 100 friends. Six hundred people ended up coming to the site, and Lowry and Heitzeberg knew they were on to something.

“We’re the only online retailer, that I can find, where you can buy meat and know exactly where it came from, from a variety of ranchers, of the exact cuts and quantity you want,” Heitzeberg said.

And Crowd Cow says it can beat the price you would pay at your local farmer’s market.

“We’re buying in bulk and it’s a more wholesale relationship than you would pay,” Lowry said. “We pass the savings on to customers and the rest is profit. … We’re a lean operation. And we have a very simple supply chain — the meat goes from rancher, to butcher, to us.”

In the process, the two startup vets say they are altering an age-old industry, if only on a very small scale right now. Since January, they have tipped about 14 cows.

“We’re coming in and saying we want to be efficient, and we’re tech guys, so one of the value points is that people get the exact cuts they want,” Heitzeberg said. “To achieve that efficiently we have to barcode things.”

So Crowd Cow is outfitting USDA-certified butchers with the ability to barcode meat packages, so that when beef gets cut and wrapped it’s getting inventoried in the digital form. Because Heitzeberg and Lowry are also the company’s pickers and packers, their simple tech tweak allows them to scan a vacuum-sealed steak and check off an order on a screen.

“It is kind of fun to take an industry that hasn’t changed in a gajillion years and bring pretty basic technology to it,” Heitzeberg said.

‘Missing out on the secret’

The two men talk about enjoying and exploring beef the way people talk about wine.

Their website boasts “angus beef from a ranch that has been breeding for natural immunity and marbling since the 1970s” and “the finest purebred, grass-finished wagyu in the country” from an Orcas Island, Wash., ranch that Heitzeberg calls a perfect place to raise cattle.

And tasting that meat and becoming accustomed to its enhanced flavor — they only offer grass-fed, grass-finished, dry-aged beef — has altered their own perception of what’s acceptable in grocery stores and restaurants.

“You walk through the grocery store, down the beer aisle, and you see hundreds of microbrews of all kinds, and you also see Coors Light and Miller Light. And then you get to the meat counter and all I see is Coors Light and Miller Light,” Heitzeberg said, equating mass-produced beer to industrialized beef production. “There’s definitely a world to explore and offer people. They’re looking for local.”

That term, “local,” is a retail buzzword nowadays, especially in progressive areas with populations that are generally more health conscious and more environmentally tuned in. And Lowry and Heitzeberg get the humor that can be associated with being so sensitive, if you will, about a good ol’ piece of meat. They readily point to a classic episode of “Portlandia” which features the lead characters fretting over just how good a life the chicken lived that they are about to order in a restaurant.

I feel like I’ve lived my whole life missing out on the secret, which is that ground beef from a healthy animal, that’s dry-aged beef is so much better. I will not order hamburgers in any restaurant. I can’t do it.

When asked how often they consume beef personally, Heitzeberg and Lowry laugh. “Much more now,” Heitzeberg said. “I feel better about eating it and it’s really delicious. The ground beef for example — I feel like I’ve lived my whole life missing out on the secret, which is that ground beef from a healthy animal, that’s dry-aged beef is so much better. I will not order hamburgers in any restaurant. I can’t do it. It’s bland. It’s a waste of money.”

Clearly they’re proud of what they have to offer consumers when it comes to quality and convenience. And they don’t shy away from declaring their method of operation to be superior to what the majority of Americans are experiencing when it comes to buying and eating beef.

“It’s not our role to proselytize. It’s a subtext of what we’re doing more than the text,” Lowry said. “Our goal is to steer more people into buying beef that lived a good life. If there’s anything that we can be doing that’s sort of like a higher cause to what we’re trying to do, yeah, people should know what they’re putting in their bodies, and they should know the consequences to the world of what they’ve been doing.”

So as more cows tip and more beef lands on the grills and dinner tables of Crowd Cow fans, Heitzeberg and Lowry preach a “nail it and scale it” philosophy for the business side. They’re small enough that they can be picky about which ranches they’ll source from. They have no retail concerns or physical store location to worry about like a butcher. They’re purposefully keeping the shipping radius confined to Washington and Oregon right now, and the initial marketing focuses on Seattle.

“There’s no point in trying to ship to Chicago when we’re not going to learn anything more about the customer that we can’t learn about the customer in Seattle,” Heitzeberg said. “We can go visit the person in Seattle or invite them to a tasting event with chefs and get to know them and get to know why they really liked Crowd Cow, what they don’t like and how we can get better and we’ll be much more successful when we’re ready for Chicago.”

And when growth does come with expanded shipping destinations it will also bring an expanded meat menu.

“We don’t have to limit ourselves just to beef,” Lowry said. “People who are buying beef are also buying pork and poultry and lamb … and ostrich … and bison.” And turkey will definitely be available by Thanksgiving, they promise.

And in the end, through all the meat puns and mouth-watering stories about the best burger you ever ate, it still comes down to two friends who knew how to build something worth clicking on.

“We joke that we’re the most overbuilt meat-selling platform ever,” Heitzeberg said. “We want it to be incredibly good, so when a person tries Crowd Cow they’re blown away with how amazing the experience was. And that’s partly because we’re geeks and it’s fun.”