LAS VEGAS — Less than five minutes after sitting down for an interview at a smoothie shop at CES this week, Poppy co-founders Joe Heitzeberg and Ethan Lowry are approached by a man who tells them that he backed their project on Kickstarter, and can’t wait to get his Poppy.

Heitzeberg smiles and says it should be waiting for him when he gets home. 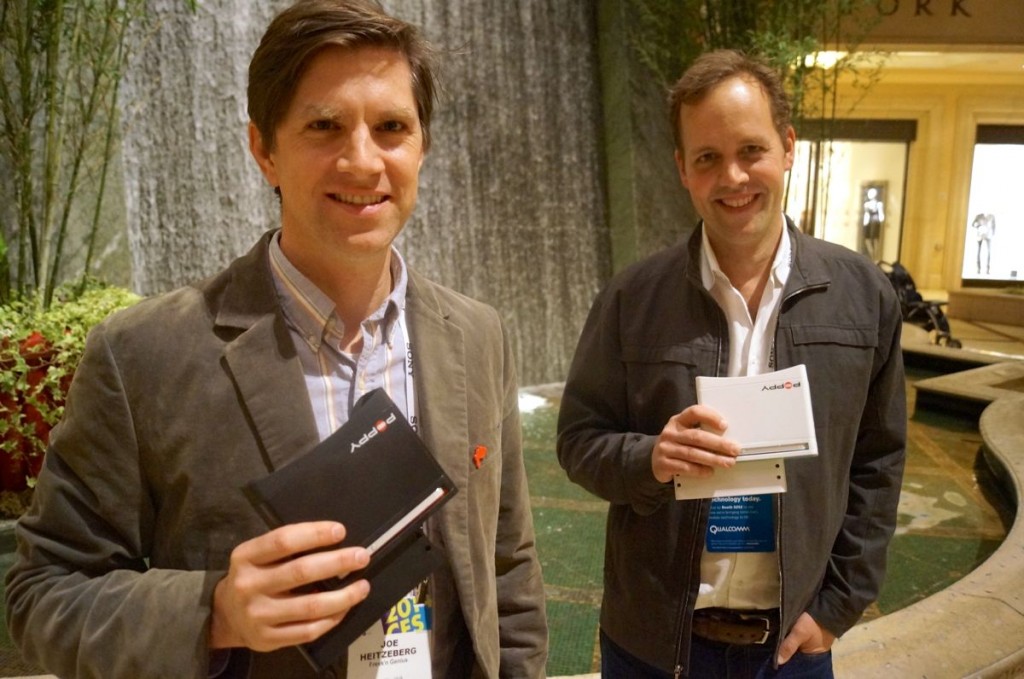 It’s one sign of the headway that the two Seattle entrepreneurs have made with Poppy, a 3D imaging device for iPhone. They got the project off the ground with a strong crowdfunding campaign last summer — raising more than $190,000, well past the original goal of just $40,000.

Poppy is one of the more inspiring and fun entrepreneurial stories at CES this week: Two scrappy startup veterans, staying in a low-budget hotel, winning attention and national press coverage amidst a sea of tech giants and their multi-million dollar marketing budgets.

“At this stage it’s not really about making money as much as building a fan base — the early seed of a community — and then trying not to lose money,” explains Heitzeberg.

The $59.95 device allows the iPhone to be used for capturing and viewing 3D images and video  — a View-Master 2.0, as we’ve called it. I was able to try out the production version of Poppy while catching up with Heitzeberg and Lowry at CES this week, and it’s even better than the prototype, thanks in part to a larger field of view. The 3D effect remains impressive — enabling deep and immersive images and videos that pop out from the screen.

Poppy almost sells itself, commonly generating crowds as people who try it call over their friends and co-workers to check it out.

But Heitzeberg and Lowry know there’s still a long way to go. They’re now turning their attention to their retail strategy, launching online sales this week and talking with retailers about potential deals to distribute Poppy to a much wider audience.

“It’s still very much in the thesis stage,” says Lowry, pointing out that the 3,000 devices sold through Kickstarter aren’t much in the scheme of things. 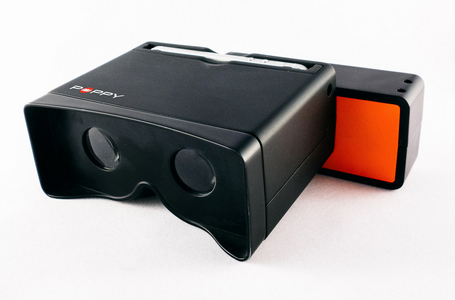 “Most people haven’t heard of it,” Heitzeberg explains.

But they are, in many ways, a perfect example of Kickstarter success. They were able to use the online campaign to fund the prototyping, design, hardware development, and initial production of Poppy — while delivering a product to thousands of customers. They’ve essentially broken-even on the business so far, and now they’ve got all of that initial work behind them, with the infrastructure in place to take Poppy to the next level.

Future plans include an update to the iPhone app to enable social sharing and browsing of Poppy images. The most common request they get is to make the Poppy compatible with Android devices, and that’s something that could be accomplished with some relatively minor tweaks to the hardware.

Lowry is best known as one of the co-creators of Urbanspoon, the popular restaurant recommendation app, while Heitzeberg worked at companies such as SnapVine, MediaPiston and Whitepages.

It’s the first hardware startup for them both. They laugh as they talked about the challenges of prototyping and developing hardware, and how nice it was to be able to work on the Poppy app, thanks to the much easier (or at least more familiar) process of updating software.

“We both have enough experience doing software startups,” Lowry says. “This is like going back to school. I feel like we got a master’s degree in manufacturing.”

Next up: An education in retail, as they figure out how to bring Poppy to a much larger market.