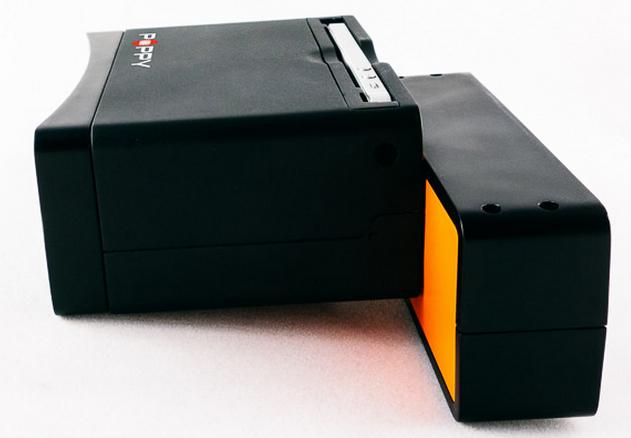 Their new oddly-shaped device is called Poppy, and it turns iPhones into a camera “capable of capturing, viewing and sharing full-motion, full-color video and stills in 3D.” That means the Poppy device can be used to watch videos from YouTube’s 3D channel, or any other 3D video or photographic content for that matter.

The company’s Kickstarter effort is already off to a fast start, topping $15,000 toward a $40,000 goal. (UPDATE: As od 1:15 p.m., the company had raised more than $27,000). It plans to start shipping the Poppy to Kickstarter contributors by November or December, with a cost of just $49. The company writes in its Kickstarter message:

Have you ever seen stereographic images from the 1800’s? Or played with a Viewmaster? We love the feeling those simple devices give of stepping into another world. But they were all about seeing someone else’s photographs.

Wouldn’t it be so much better if you could create your own immersive 3D scenes like that — but in full-motion video — and share them with friends and around the world over the internet. That’s why we created Poppy.

I asked Heitzeberg and Lowry what their personal inspiration was for the device, and here’s what Lowry had to say, tying it back to his love of the View-Master.

“I’ve been playing around with stereoscopy for years, and always loved the Viewmaster,” he says. “We realized we could make something like Poppy without any electronics, and it seemed like it would be so fun that we just had to make it. It’s been a huge education for us, learning about manufacturing and how to work with factories in China.”

Heitzeberg and Lowry, who worked together at Seattle area startup Avogadro, have been kicking around other ideas through their new hardware idea factory Hack Things.

“We’re excited that the tools are coming together to let software-style rapid iteration and innovation occur with actual physical stuff talking to the cloud,” Lowry told us last month.

Follow-up: Poppy blows past $40,000 Kickstarter goal in 9 hours, with promise to turn iPhones into 3D cameras

You can watch the full Kickstarter video for Poppy here: