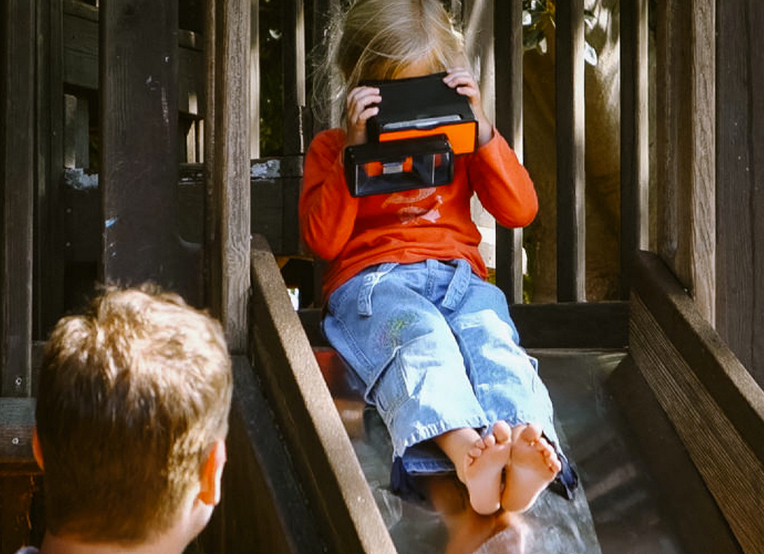 Well, that sure didn’t take long.

Poppy, the oddly-shaped 3D photo and video viewing device that uses an iPhone to create what is best described as a next-generation View-Master, has already topped its $40,000 funding goal on Kickstarter.

It took just about nine hours for the goal to be reached, helped in part by all sorts of media coverage. (Here’s our previous story: View-Master 2.0: Seattle entrepreneurs create Poppy to turn iPhones into 3D viewers). In fact, as of 6:50 p.m., the company had received more than 665 donations, totaling more than $45,000.

Reaching the goal means that, Heitzeberg, along with co-creator Ethan Lowry, will be able to move a bit faster and add new features as they look to deliver the $49 device to customers, hopefully before this holiday season. He said they set the initial goal at $40,000 in part because it would cover the tooling costs for injection molding to create the device.

“The more backers we get beyond $40,000 the better, as it lets us contemplate offering things like multiple colors (a white Poppy could be popular) and it helps increase the chance that everyone will have Poppy in time for the holidays,” said Heitzeberg, a well-known Seattle entrepreneur who previously worked at Snapvine and WhitePages.  “Also, it gives us more room to take the software beyond the basics of capturing, viewing and sharing and into things like 3D gaming and potentially even VR type features.”