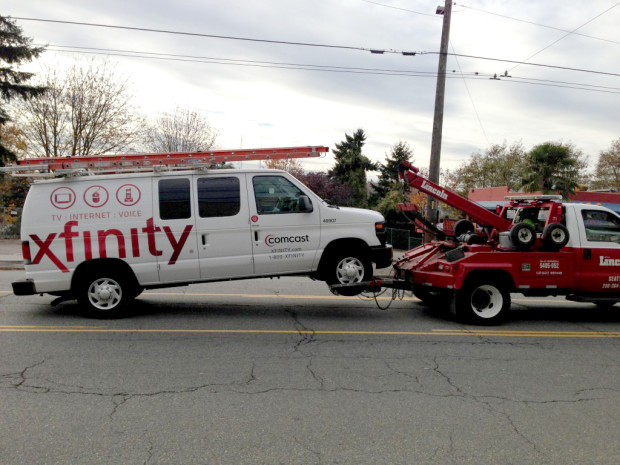 A growing number of Comcast customers, whose data use surpasses the arbitrary limits set by the cable company, are getting hit with added charges.

According to a story Thursday from Bloomberg, Comcast is testing metered Internet use in a growing number of cities, including Atlanta, Nashville and Miami. In those places, “customers who exceed 300 gigabytes a month — the equivalent of streaming high-definition video five hours a day, by one estimate — pay $10 more for additional increments of 50 gigabytes,” Bloomberg reported.

Drink some Chamomile tea before reading on. It’s apt to boil the blood. Comcast says the plan for usage-based billing is about “fairness.” Not all users consume the same amount of data, so why should those who occasionally check e-mail or Facebook pay as much as the person who binges daily on Netflix?

Of course. Simple. Protecting consumer interests is how the cable guys fostered so much good will. Be that as it may, read a little further into the story and Bloomberg quotes an analyst who says Comcast’s flirtation with metered pricing is “an insurance policy against cord-cutting.” He said the company is trying to safeguard its business model.

So, just as services such as Netflix, Amazon Prime Video and Hulu begin to present consumers value for their entertainment dollars, cable providers saddle them with new fees. Then comes the double whammy. The higher data costs make Netflix and Amazon Prime more expensive to access and a little less attractive. 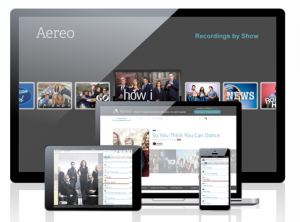 But help may be on the way. On Wednesday came word that a new service called Starry Internet plans to deliver wireless broadband for far less money than the cost of a cable subscription. Starry is operated by Chet Kanojia, the man who founded the ill-fated Aereo.

A few years ago, Aereo took on the television industry by connecting consumers to millions of tiny TV antennas via the Web. Users could then watch over-the-air TV broadcasts on laptops without having to pay cable fees. Aereo put up a good fight, but in 2014 the Supreme Court of the United States ruled the company violated copyright law. Soon after, Aereo was forced to shut down.

Kanojia lost that one, but in several extended conversations with him years ago, I learned he believes that traditional delivery of entertainment is vulnerable, ripe for the picking, and technological advancement has made it so. He’s the kind of guy who believes consumers are best served when there’s competition in a market. He’s the kind of guy who knows how to disrupt. Here’s hoping he or someone else supplies the public with an attractive alternative to cable.