Comcast is slowly expanding data caps for its home internet users, with many Xfinity Internet users in the southeast U.S. now limited to 300 GB of data use per month. Those changes, which rolled out earlier this year, have resulted in more than 13,000 complaints filed with the Federal Communications Commission, according to a new report.

Cord-cutting advocate CutCableToday put in a Freedom of Information Act request with the FCC looking for comments on the data cap. While the FCC found more than 13,000, due to the processing required to send them out, it was only able to give CutCableToday just under 2,000 complaints. However, those complaints illuminated a few common refrains from Comcast customers. 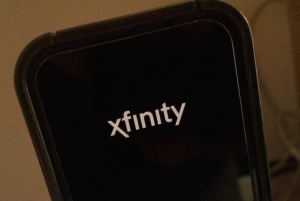 Perhaps the most worrying claim is that Comcast isn’t properly measuring the data being used. While there’s likely to be some discrepancy between numbers that Comcast tracks and whatever your solution may be, some users are finding a big difference in reported usage.

“As of writing this they currently place us at 271GB of 300GB (according to their online meter) used for the month of September,” writes one Richmond Hill, Georgia customer. “However, our FreeBSD router tracks the total data used (outgoing or incoming) on WAN and only reports a total of ~147.054GB (139.93GB DL / 7.12GB UL) consumed in the same time period.”

While there’s likely to be some discrepancy between numbers that Comcast tracks and whatever your solution may be, a near-doubling of usage points to a major problem in the system. And that problem is enhanced by Comcast’s vague data meter, which doesn’t break down data usage.

“[Comcast offers] a ‘data usage meter’ online that simply tells you how much data you have used every month with no detailed statement as to the accuracy of it [and] with no way to view where the data every month is being allocated,” a Murfreesboro, Tenn. customer writes. “At the moment it simply says you’ve gone over without any real feedback to tell you exactly where the data was used and could potentially be used to fraud [sic] people into paying more for services as there is no way to dispute the data usage.”

Comcast could provide a usage chart showing the specific sites that you spend the most data visiting, which not only would help consumers, but may help Comcast by convincing users to stick to cable TV. Also, a breakdown of data use may show runaway programs gobbling up data, or spikes to sites consumers may not think of as data hogs.

One Plantation, Fla. customer makes a case for an all-or-nothing approach, saying that internet should be cap-free or you should just be charged for exactly what you use, like your other utilities, which might lead to one nice side benefit.

“This is a rip off. The government needs to do something to stop this practice of capping. If they are going to meter our internet usage like an electric power company then we should be charged only for data that we call up. This means a ban on all forced internet advertising. PLEASE do something. We have no one to protect us!”

When asked for comment, a Comcast spokesman restated previous arguments for why the data caps were put in place—”10 percent of our customers are consuming nearly 50 percent of all the data on our network”—and said that 90 percent of customers won’t be affected by a 300GB/month data cap.

“The trials are providing us with invaluable consumer feedback,” the spokesman said. “For example, we surveyed our heavy data users and 80 percent thought our data trials were fairer than our past approach, which was a 250 GB/month static cap.”

CutCableToday got a total of 1,929 complaints that were sent to the FCC. Head over to their site for some more choice complaints, along with an archive of all the complaints they’ve received so far.