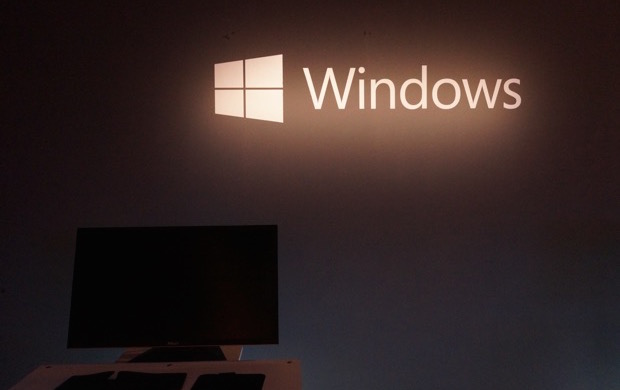 Inside Microsoft’s headquarters in Redmond, a poster serves as a rallying cry for the teams working on the next generation of the company’s operating system.

“It would be easy to do what we’ve always done,” it reads. “But the world doesn’t need another operating system. It needs a deeply personal, universally human way of operating. One that empowers people to do great things. Things they can’t yet even imagine. How we get there won’t be easy. Nothing this important ever is. That’s why you’re here. Because the world needs Windows.”

But does it, really? That is what Microsoft needs to prove Wednesday as it offers the first consumer-oriented preview of Windows 10, the next version of the company’s operating system for PCs, tablets and — if preliminary reports prove accurate — smartphones, as well.

What’s at stake for Microsoft is the future of Windows in a world where people obsess over which smartphone and tablet to buy next; where Google and Apple offer the dominant operating systems for mobile devices; where people can use Microsoft Office across competing tablets and smartphones; and where Windows is an afterthought for developers aiming to build the next great apps.

It might grab attention to declare that Microsoft’s entire future as a company hinges on Windows 10’s consumer reception, but that’s not entirely accurate, says Roger Kay, an analyst with Endpoint Technologies Associates.

“The real business of Microsoft is business, and there it has been doing basically fine,” Kay said, pointing to the company’s progress with Azure, and other aspects of its enterprise business. “If Windows 10 isn’t wonderful, the world probably won’t end.”

But Microsoft CEO Satya Nadella’s mantra is “productivity,” writ large, and Windows 10 is Microsoft’s first big opportunity to demonstrate how that vision can play out in its products. It’s also the first big test for the new Windows engineering team, led by Microsoft operating systems chief Terry Myerson.

“Big picture, it’s still important for them to show that this is the platform where you’re more productive than on other platforms,” said Michael Cherry, an analyst at the Directions on Microsoft research firm who was previously a Microsoft program manager and engineer.

And before the company can show how Windows will empower people to do great things, it needs to assure them that Windows 10 won’t cause them to punch their PC. Windows 8’s dual interface, straddling the line between desktop and tablet features, has caused confusion and frustration for many longtime Windows users.

Tune in to GeekWire on Wednesday morning for coverage of the Windows 10 consumer preview event in Redmond.

Several of the new features in Windows 10 are designed to address these issues. The public first got a glimpse of Windows 10 on Sept. 30, when Microsoft issued a preview of some of the new features in its operating system, particularly those designed to appeal to enterprise users. At that time, Microsoft execs said that the company had more up its sleeve, but wanted to get these first features out to the public.

What we know about Windows 10, so far

The highest profile new feature in Windows 10 is the return of the Start Menu. Microsoft shifted its approach in Windows 8 to a touch-friendly, full-screen Start screen, eliminating the popup Start Menu on the desktop. The Start Menu is back under Windows 10, and better than ever. In addition to the usual access to programs, documents and commands, users can also add live tiles to the menu, so they can track things like weather data and get easy access to their most-used apps.

Along with the Start Menu, users will now be able to run Modern UI apps in windows, instead of being forced to only run them in full screen mode. It’s good news for both developers and consumers, since devs who want to build apps that run on Windows 10 tablets can construct them using the Modern UI and also address desktop users.

Windows 10 will also ship with some handy new window management features. Users can now create multiple desktops, and switch between them to compartmentalize their work. And Microsoft previewed this new “continuum” approach for notebook-tablet hybrids, allowing users to explicitly shift the devices between the two modes.

The September event was designed to be a basic preview of what Microsoft had in mind for the future of its operating system, with a focus on enterprise users. Wednesday’s showcase will provide more information about high-profile consumer-facing features. Based on rumors and leaked builds, there are some interesting new twists coming down the pipeline.

First and foremost, Microsoft will likely be bringing Cortana to the desktop. The company’s virtual assistant, which launched last year with Windows Phone 8.1, allows users to operate their device with their voice and look up things like package tracking, web searches through Bing, set reminders, and more. A desktop version of Cortana appeared in a build of Windows 10 that leaked at the tail end of last year, showing that it will likely take a place on the taskbar, where users can tell it to do things using either text or their voice.

With Xbox head Phil Spencer on the list of executives speaking at the event, odds are we’ll also get a look at the new Xbox app for Windows 10, which also leaked alongside Cortana last month. The app’s exact functionality isn’t clear, but it looks like a game store for Windows that could rival Steam, Valve Software’s popular online store.

Microsoft is ultimately aiming to help developers make games that can work easily across Windows PCs, tablets and the Xbox.

The appearance of both those features isn’t exactly surprising: Windows 10 will be powering everything from small integrated devices that are a part of the Internet of Things, smartphones, tablets, traditional PCs and living room devices. Microsoft is expected to offer a unified app store with universal apps that can run across various types of Windows 10 devices.

Speaking of phones, Microsoft may also release the first early version of its mobile operating system following Wednesday’s event. Last week, the company released a new Phone Insider application on the Windows Phone Store, which will allow users to install pre-release OS builds on their phone. It’s restricted to Microsoft employees at the moment, but it looks like the distribution mechanism for the mobile version of Microsoft’s Windows Insider program, which gives PC users early access to Windows 10.

We may also see a first glimpse at Microsoft’s rumored Spartan browser, a successor to Internet Explorer that the company is reportedly developing for Windows 10. Rumors about the browser’s functionality say that it will still use the Trident rendering engine and Chakra JavaScript engine, but will feel more like Firefox and Chrome. It’s supposed to be more “lightweight” than IE 11, though its predecessor will reportedly still ship with Windows 10 for compatibility reasons.

And finally, The Information reports that we may also see new Windows 10 hardware this week, including “a phone-laptop hybrid.”

But really, does the world still need Windows? Tune in to our coverage Wednesday morning to find out.