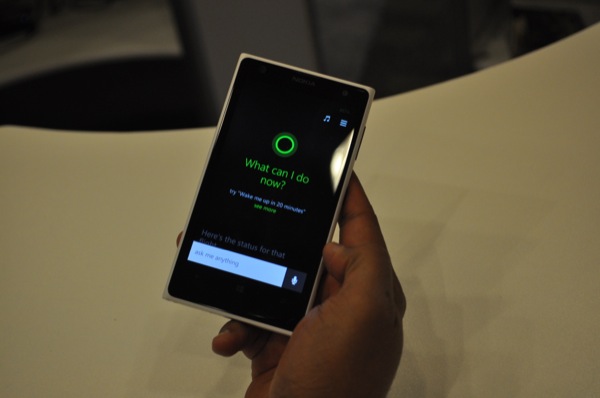 SAN FRANCISCO – As a part of Microsoft’s first keynote at its Build developer conference in San Francisco today, the company announced Cortana, a new virtual assistant for Windows Phone. Named after an artificial intelligence from the Halo video-game universe, she’ll be rolled out as a part of the company’s Windows Phone 8.1 update later this year.

Speaking as a long-time Siri user and someone who occasionally fiddles with Google Now, Cortana is interesting. While many of her capabilities feel like standard fare, some of Cortana’s features go above and beyond what’s available to me from the current crop of virtual assistants. That said, it definitely still feels like a piece of beta software.

On numerous occasions, she flubbed voice commands, misinterpreting what people were saying. If I had to count on a service’s speech recognition to defuse a bomb, I probably wouldn’t turn to Cortana. Part of that probably has to do with Microsoft’s approach to voice recognition. Rather than contracting with an existing voice recognition company, like Apple did, Microsoft is working to roll its own voice recognition software. 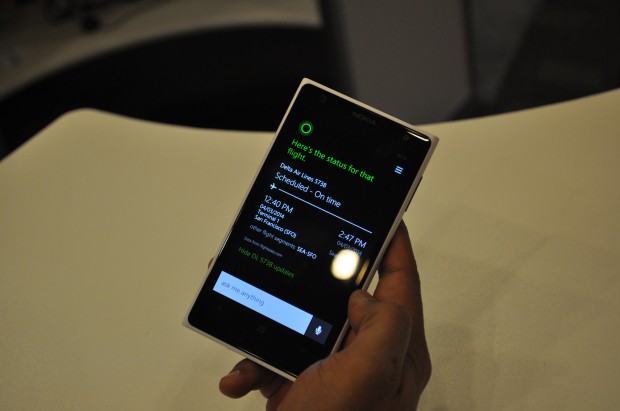 But the voice recognition system will probably get better as time goes on (and I’ve yet to come across a service that gets things perfectly right all the time). Right now, Cortana definitely features a handful of capabilities that set her apart from the rest of the virtual assistants out there.

Chief among them is the ability to set “People Reminders.” While other virtual assistants can set time-based or geofenced reminders, Cortana lets users set up a reminder that will show up whenever they interact with another person using their Windows Phone. For example, I could say “remind me to ask about dinner reservations the next time I talk to my girlfriend,” and Cortana will pop up a reminder the next time I’m on the phone with her, sending her a text message, or sending an email to her.

Cortana also allows users to set “quiet hours,” which will block notifications and calls when users are busy. It’s possible to manually toggle the setting on and off, as well as set up certain hours that automatically block notifications, or tell Cortana to block notifications whenever a user’s calendar shows them as busy. Users can also denote certain contacts as members of their “inner circle,” and allow those users to break through the quiet hours block.

The one thing Quiet Hours is missing is the ability to enable notifications while the phone is unlocked. Murari Sridharan, a Principal Development Manager for Cortana who was demoing the new assistant to me, initially had Quiet Hours turned on, which blocked a couple of the people reminders he set up for the demo, even though the phone was unlocked and in use. That feature is something that I count on with my iPhone, and I’m sorry to see that Microsoft hasn’t implemented it here. 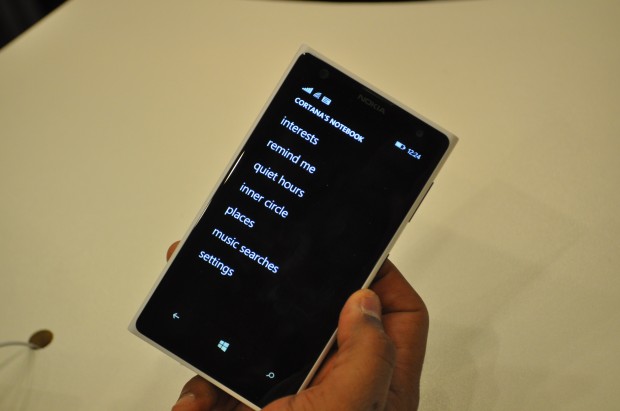 The biggest difference between Cortana and other competing services is her “Notebook,” which catalogs all of the things that she knows about a user. Over the course of normal use, Cortana will pick up on key people, places and interests in users’ lives, and log them in her notebook. If she gets something wrong, users can go into the notebook and correct it. While the system takes a bit of the magic out of Cortana’s functionality, it provides users with control over how their virtual assistant sees them.

In keeping with the paradigm set out in the notebook, Microsoft has imposed a separation between Cortana on the phone, and the Bing services underpinning her. While users can choose to enable the Cortana to browse through their emails for important information, she’ll ask them if they want to track that information, before sharing it with Microsoft’s cloud services. That way, it’s easy for a user to make sure that their flight to Chicago won’t be shared with Microsoft until they want it to be.

Developers will also be able to create apps that use Cortana’s capabilities, which means that it’s going to be possible for users to invoke functionality from third-party apps using the assistant, rather than just being bound to Microsoft’s system functionality. That’s better than what Apple can claim with Siri, which only offers results from a preset list of services and dictionaries.

All told, Cortana looks like a strong beta product. There’s a lot of promise in her features, but it’s hidden by spotty voice recognition tech at the moment. While I think Cortana will live and die by the strength of her voice recognition, the features Microsoft showed off today should help spur innovation in the virtual assistant space.

Here’s a demo of some of Cortana’s features, driven by Sridharan: