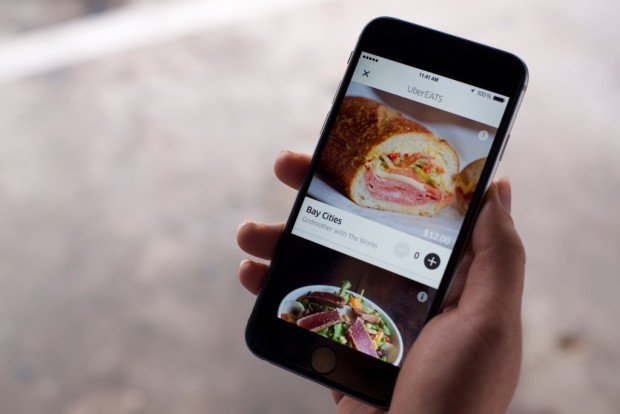 Uber is now delivering food in New York City and Chicago after testing a new service called UberEats in Los Angeles and Barcelona.

UberEats, a new option available within Uber’s existing ride-hailing app, allows people to order lunch from the “most popular, iconic restaurants” and have it delivered “within minutes,” the company wrote today.

Curated menu options will rotate daily and delivery is available from 11 a.m. until 2 p.m., Monday through Friday. The Verge notes that delivery fees are $3, and $4 in NYC. 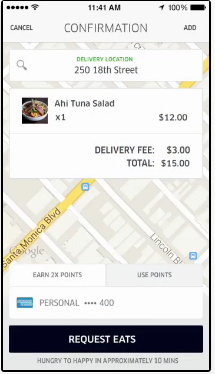 Uber began testing its food delivery service, formerly called UberFRESH, back in August of 2014. The company, which is now offers ride-hailing in more than 300 cities worldwide and has raised more than $5 billion in funding, joins a bevy of other startups in the food delivery arena.

The food-related companies include, among others, Caviar, Munchery, SpoonRocket, Peachd, Lish, FoodPanda, Plated, Bitesquad, and Postmates, which just inked deals with Chipotle and Starbucks. There’s also more veteran players in the industry like Yelp-owned Eat24, GrubHub, and GrubHub-owned Seamless.

Though Uber’s core business is built on transporting people around cities, the company is clearly looking to expand into other verticals with its delivery infrastructure now in place. It tested a drug store delivery service in August, for example.

Uber’s main ride-hailing competitor, Lyft, hasn’t been quite as eager to expand into the food space. Sidecar, however, is quickly rolling out a same-day delivery service that it says will account for half of its business by the end of 2015.