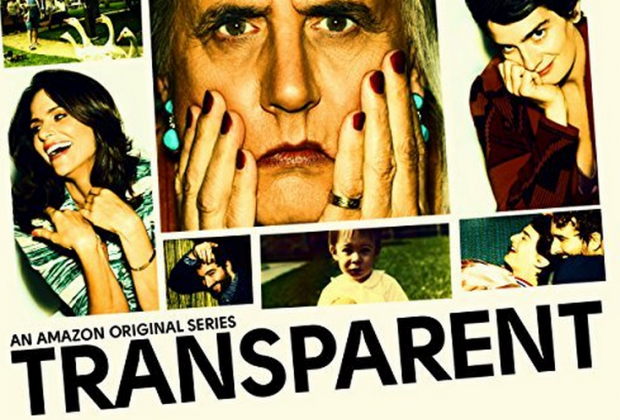 Well, this might be a first: The CEO of a tech giant got a shout-out on stage at the Golden Globes awards ceremony.

Transparent, the new dramatic comedy produced by Amazon Studios, won a Golden Globe award for Best Comedic Television Series on Sunday evening. Within seconds of accepting the award on stage, director Jill Soloway offered thanks to Amazon and Jeff Bezos.

Bezos was in attendance at tonight’s show. Here’s a photo from Amazon Studios Head of Comedy Joe Lewis:

And the winner is… Amazon.

Tonight’s award — Amazon’s first-ever Golden Globe — is certainly a nice milestone for the company’s video production arm on its quest to produce original video content for the Amazon Prime Instant Video service. Amazon has put out some good shows like political comedy Alpha House, and several top-notch kids series, such as Tumbleleaf and Creative Galaxy. But the e-commerce giant’s foray into original content has yet to achieve the blockbuster status enjoyed by rival Netflix with its original series House of Cards and Orange Is the New Black.

Transparent is a dark comedy about a father who comes out as transgender. The series was created by Soloway, whose credits include the HBO series Six Feet Under, and it stars Jeffrey Tambor, of Arrested Development fame.

Transparent is available as part of Amazon Prime Instant Video, which comes with a $99/year Amazon Prime subscription. It was also the first show Amazon released all at once, which made it available for people to binge watch.

GeekWire’s Blair Hanley Frank noted Transparent as a potential award-winner back when it debuted about a year ago.

“The show is trying to deal with tough, sensitive subjects, and the fate of the series really rests on the writers’ ability to reach past the cheap laugh towards moments of quiet emotional beauty,” Frank wrote. “That’s no easy feat, but if they can pull it off, “Transparent” could be the show that puts Amazon’s original programming on the map.”

Transparent lead actor Jeffrey Tambor was also nominated for Best Actor in a Comedy Series. We’ll update this post if he ends up taking home some hardware.

Update, 7:00 p.m. — Kevin Spacey, who starred in House of Cards, just won the award for Best Actor in a TV Drama, and thanked Netflix on stage.