Social media is often disparaged as the playground of narcissists or politically self-righteous relatives we try to avoid. But while we could probably all benefit from fewer selfies on our screens, events of the past decade have shown that Twitter, Facebook, and other platforms can be powerful tools.

Citizen journalists and activist voices are amplified online, and social media has proven invaluable for nations protesting restrictions on speech and freedom. That is the inspiration behind Deehubs, a social network that projects user messages and images on city walls.

Co-founders Bakar Maruashvili and Giorgi Gurgenidze grew up in post-Soviet Georgia, and that experience ignited their passion for free speech.

“Freedom of speech was sometimes considered a luxury,” Maruashvili said. “Since my childhood, I remember how my family was advocating for free speech. That’s what Deehubs also stands for.”

The two childhood friends founded Deehubs in Georgia, acquired a third co-founder, Abhinav Saxena, in Turkey, and then moved the company to Dubai where they could reach a larger advertising market. Eventually Deehubs relocated to Seattle and received seed funding from the Fledge incubator.

Deehubs began projecting users’ messages a month ago in locations from Belltown to Capitol Hill.

“In this world there are soldiers who fight without weapons,” Maruashvili said. “All they have is their word. We want more people to hear their voice, so we made Deehubs.”

We caught up with Maruashvili for this installment of Startup Spotlight, a regular GeekWire feature.

Explain what you do so our parents can understand it: “Deehubs is the social network where people post in streets. We connect your online and physical world with the help of billboards and projectors.”

Inspiration hit us when: “Giorgi and I are childhood friends and we had a long-time dream to make tattoos. So one day, we spontaneously decided to get our own. After that, to make our day even more special, we wanted to do something else for the first time ever in our lives. We love AC/DC, so, as you can imagine, we never attended an opera before.

Once the opera was over, we went out in streets with so many unexpected emotions for one day. That was the exact time when inspiration hit us. We saw a billboard and had this simple strange desire to publish photos of our tattoos on it to show people around us our achievement. But it was impossible — all the billboards were just showing boring ads. So the next day, we came up with the idea of the social network where people post in streets.”

VC, Angel or Bootstrap: “We are looking for a small angel investment to bring Deehubs to 15 major U.S. cities. We saw amazing traction in Seattle, but everyday users are asking us to expand to other cities. We’ve decided to arrange a road trip and we will cover all major U.S. cities. People will be able to publish their messages with our projectors all around the U.S.

With this two-month road trip, we’ll target 270,000 users and get great media coverage. After that, we will go for Series A funding and start putting up the first Deehubs Social Billboards.”

Our ‘secret sauce’ is: “Some people try to create interactive billboards where people can tweet or play games. But when they do that, they first consider advertisers and then people. That’s why you cannot name one company who has social network and/or users around street media.

Deehubs will be the only socially-oriented company in the outdoor advertising industry. We first care about creating public stages for people, and then advertisements. With this approach, we will create the first social network connecting the physical and online world.”

The smartest move we’ve made so far: “This summer in Dubai, big media agencies offered us a partnership, but all they cared was using Deehubs as an advertising tool. We rejected their offer because we do not want to be a one-time marketing campaign solution.

We then came to Seattle. We had developed software, but had no money to buy projectors or billboards. Investors told us we were too early stage, but we did not give up. We asked complete strangers at Impact Hub and WeWork to donate their projectors, and surprisingly, they did.

The biggest mistake we’ve made so far: “We were members of two business incubators — one in Dubai and one in Seattle. When you are building a startup, you meet lots of mentors. Everyone gives you advice and everyone tries to teach you what and how to do things, but often they do not have a clue about your business. If someone is successful doing other stuff, that doesn’t mean they can teach you how to build your own dreams.

I listened and considered a lot of wrong advice from these so-called mentors. Because of that, I lost so much time. No one knows your business better than you. To make the right decisions all you need to do is to think, think, think. Feel your power and find your own ways.” 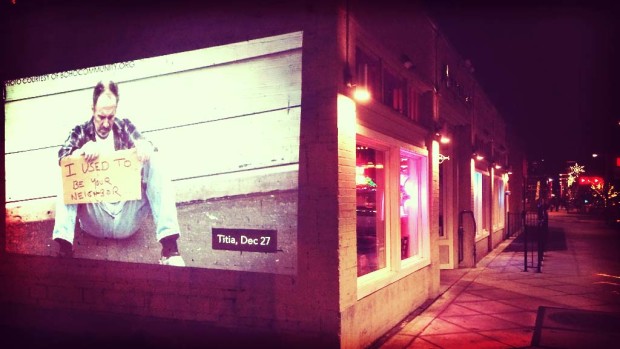 Would you rather have Gates, Jobs, Zuckerberg or Bezos in your corner: “I need sales now, so I would go with Jobs. Also, he could have taught me how to screw up at an already-successful corporation, and make your small startup win. I need to do the same with big outdoor advertising players.”

Our world domination strategy starts when: “When Deehubs Social Billboards are standing in every major world city.”

We are truly unique because: “Because of our persistence and hard work. For us, Deehubs is not another startup — it is something we will do for rest of our lives. During our journey, we heard ‘no’ 50 times more than ‘yes.’ People who said ‘no’ were clients, investors, friends, etc. Nothing ever discouraged us from doing the things that made us the happiest, and we do not care how much money we make. We just want to finish our job!” 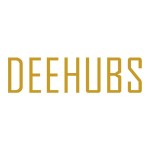 The biggest hurdle we’ve overcome is: “This past October, we were desperate for three reasons. One, investors from Zino Society and Alliance of Angels rejected us. They told us that we had a great idea but needed more proof, when I thought we had plenty of it. Two, clients told us that we needed to first build a user base, so they rejected us. Three, we did not have money to even live for the next two months.

It felt like the only option was to go home, but we still found power to continue. We started to attend startup events and I asked everyone to donate their projectors for just two weeks. I was even asking people from Craiglist to donate projectors. Surprisingly we gathered five projectors, completed the software, and just shared the website on Facebook.

Soon, people from all around world started sending messages. People were creating blog posts on Reddit and media outlets from all around the world covered our story. During the last month, we were standing in rain —you know the Seattle weather — and still broadcasted every single user message.

Now, clients want to sponsor our activities and in January we are closing our investment round.”

What’s the one piece of advice you’d give to other entrepreneurs just starting out: “Don’t start if you don’t adore your idea. If you start, then fight for it. Don’t listen to everyone; don’t expect help from others; don’t expect everyone will understand; don’t expect applause. Just pick the right people, start thinking by yourself and do your thing. And remember, no matter how many people reject you, still believe that people are perfect and we are doing this for them.

You will probably make a lot of client and investor pitches. Some mentors will say things to you like, ‘you need to start with a problem, you need to mention exit strategy, etc.’ Some will tell you, ‘go watch how Steve Jobs or someone else was doing it.’

This is all BS. Always pitch what you think is the most important about your business. It’s your show. This way you might not win business plan competitions, but you will start gathering the right people around your company.”