Windows PC shipments are expected to decline for a fourth year in a row as competition from tablets and smartphones continues to take a bite out of the traditional notebook and desktop computer markets.

In a new forecast, IDC predicts a 6.2 percent slowdown PC shipments this year.

The research firm says that the new, mostly free Windows 10 upgrade won’t do much to stanch the slowdown in new computer shipments. Businesses are likely to hold off on upgrading systems until the new operating system is fully vetted, IDC analysts say. Consumers are also less likely to buy new hardware since the new system is a free upgrade for the first year.

Desktop PCs are forecast to continue their decline through 2019, according to IDC, while portable options will see growth, especially in emerging markets. 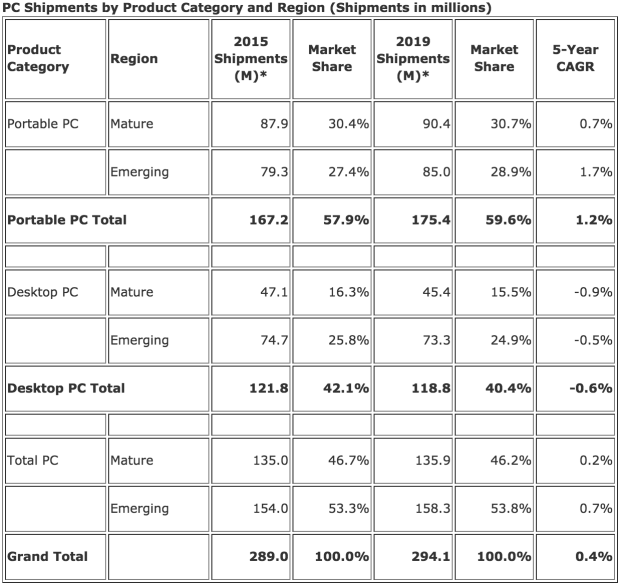