Karen Toering was at the Rainier Beach Public Library in Seattle one year ago when a man came to the front desk, panicked and frustrated. He was filling out a job application when the library computer shut down.

The librarian understood his problem, but couldn’t do much — library patrons were only allowed up to 90 minutes on the computer each day. The man lost everything he’d been working on, and would have to wait another day to apply for a job.

“I literally walked to my car and cried,” Toering said at a Seattle City Council committee meeting on Wednesday. “Why do we make our most vulnerable communities work the hardest to get something that we all take for granted? That’s just not right. We are very uniquely positioned to do something about this, and I believe doing something about this is for us to have broadband as a utility.”

Toering is part of a group called Upgrade Seattle, a new grassroots effort campaigning for a city-owned broadband network. She was joined by two other Upgrade Seattle members who were invited to speak at Wednesday’s Energy Committee meeting.

The advocates listed off a bevy of reasons for why the city should take advantage of its dormant “dark fiber” network and treat Internet access as a utility, similar to how it handles electricity.

Devin Glaser, a volunteer with Upgrade Seattle, said that 20 percent of Seattle residents do not have access to Internet from private companies like Comcast and CenturyLink, which “have no incentive to serve everyone fairly,” he noted.

Chris Mitchell, director of the Community Broadband Networks Initiative who spoke in Seattle this past October, also participated in the conversation on Wednesday via Skype, describing how Chattanooga has successfully implemented a municipal broadband network.

Mitchell noted that Chattanooga now offers Internet prices and speeds comparable to those from private companies, but with better customer service and more equitable access.

“The city is using the same technology as the private companies, but it’s led to different outcomes because the incentives of public ownership are different than those of the private sector,” he explained. “Chattanooga has made sure that local businesses benefit tremendously. They’ve seen people moving to Chattanooga rather than San Francisco to launch the next great app.”

Mitchell also offered up a history lesson, describing what happened when local governments first started building their own electric utilities.

“The big electric companies had formed into giant monopolies, not unlike the monopolies we deal with today with Internet,” Mitchell said. “They repeatedly claimed that local government could not operate a municipal electric grid and said it would end up in failure and disaster. As you know in Seattle, that’s not true. We’ve seen local government take technology of the day and craft it so everyone benefits from it.” 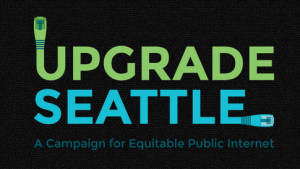 The idea of a municipal broadband network is certainly not new to Seattle. The city commissioned studies in 2005, 2007, and 2011 that explored the possibility of city-owned Internet, but the financial burden has been a roadblock.

The city is set to release another in-depth study on the viability of municipal broadband in Seattle and a potential city-wide WiFi network later this month, which will help city leaders determine how to move forward.

“I’m totally convinced that access to Internet and data is a right, and that everyone should have high-speed access,” Councilmember Mike O’Brien said on Wednesday. “But we’ve had well-intentioned folks come back to us and say it’s hard to pencil out.”

In an interview with GeekWire in December 2013, former Mayor Mike McGinn noted that the city would likely need to invest upwards of $700 million for a city-owned network. However, McGinn explained why that price tag was actually reasonable.

“To put a cost comparison on it, $600 or $700 million is the capital cost of linking every home to fiber optic,” McGinn said. “The tunnel that’s under construction is about $2 billion. So, we have a tunnel which is about $2 billion, which is going to move about 40,000-to-50,000 cars a day through the city — they won’t even be able to get off in the middle — as opposed to, for the third of cost, you could connect every business and home in the city to the entire world.”

Upgrade Seattle’s Toering said she understood O’Brien’s concerns about cost, but said the circumstances in 2015 are different.

“I would like the council and the mayor’s office to just be open,” she said. “Times have changed, technology has changed, and our financial position has changed.”

Mayor Ed Murray, who took over for McGinn in January 2014, has laid out a three-pronged strategy to “increase the availability of competitive, affordable gigabit broadband internet access,” which include reducing regulatory barriers, exploring a public/private partnership, and analyzing a municipal broadband option.

“Seattle would never leave the construction of roads up to a private monopoly, nor should we allow the City’s internet access to be constructed and managed by a private monopoly,” Murray wrote in April 2014. “It is incredibly clear to me and residents throughout the City of Seattle, that the City’s current high speed internet options are not dependable enough, are cost prohibitive for many, and have few (if any) competitive options.”

The City Council moved forward with increasing competition this past September when it unanimously approved legislation removing “excessive administrative requirements” for telecom companies that want to build broadband utility boxes in neighborhoods. In March, the council also voted to eliminate a longstanding cable franchise district system that required cable TV companies to provide service to all neighborhoods in an effort to spur more competition. 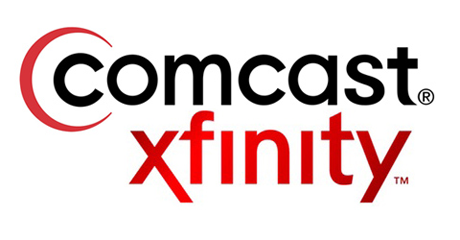 Seattle tried to partner with a private company in 2013 after Cincinnati-based Gigabit Squared said it would bring gigabit Internet to thousands of Seattle residents. But that grand vision crumbled after Gigabit failed to raise enough money to implement a high-speed Internet network in 14 Seattle neighborhoods using the city’s dormant dark fiber network. Gigabit, which was ultimately sued by the City of Seattle for an unpaid bill, said it would offer 1 Gbps for $80 per month.

GeekWire contacted CenturyLink about the potential for a municipal network, and a company spokesperson said that “experience has demonstrated that municipal-owned broadband networks are not a good use of limited tax dollars due to their high failure rates.”

“CenturyLink invests hundreds of millions of dollars a year to bring high-speed broadband to millions of Americans,” the spokesperson said in a statement. “Consumers benefit from this investment and from marketplace competition. We currently offer speeds of up to 1 gigabit per second for residents in parts of Seattle, with higher speeds available to Seattle businesses, thanks to the elimination of local policies that were impeding deployment. City leaders should wait and see how private industry responds to these new policies and only consider becoming a municipal broadband provider if there are any gaps that are not being addressed by private industry.”

Here’s a statement from Comcast:

“We applaud the goal of creating a Seattle where all citizens can choose to utilize the benefits of a broadband Internet connection regardless of neighborhood, education or income. All residents who live within Comcast’s service area, no matter the neighborhood, have access to all the services we have to offer. We are proud of the efforts we have made to promote digital equity within the city, by enrolling more than 20,000 low-income Seattle residents in Internet Essentials, Comcast’s low-cost broadband service and by working with the city to provide free broadband access to hundreds of community centers, libraries, schools and nonprofit organizations who work with underserved communities.”

We’ll have more on this story when the city report is released later this month.