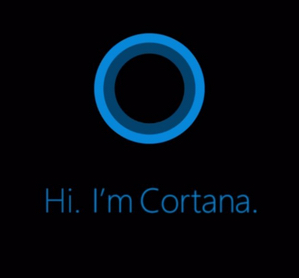 Microsoft is planning to bring its Cortana virtual assistant to iPhone and Android as a standalone app, competing more directly with Apple’s Siri and Google Now, according to a report this morning by Reuters, citing anonymous people familiar with the project.

It’s the latest move by the Redmond company to release its apps across platforms, part of a broader push under CEO Satya Nadella to expand beyond Windows and Windows Phone. Cortana is making its debut on the desktop as part of the upcoming Windows 10 release.

Speaking at a conference in Seattle last year, a Microsoft program manager acknowledged that the group was grappling with the question of whether to keep Cortana as a Windows exclusive, to help differentiate the Microsoft platform.

“This kind of technology, which can read and understand email, will play a central role in the next roll out of Cortana, which we are working on now for the fall time frame,” Horvitz told Reuters in the story.

In a Q&A session on Reddit in January, Bill Gates revealed that he’s working on a “Personal Agent” project at Microsoft that’s designed to help people get work done by automatically and intelligently providing them with reminders and tools. The project sounded very similar to Horvitz’s work, but the Microsoft researcher declined to comment in response to Gates’ role in response to GeekWire’s inquiry at the time.