Microsoft wants to turn kids’ love of Minecraft into a love of computer programming through a partnership with Code.org, announced on Monday morning.

They’ve built a tutorial that students across the world can use during Code.org’s annual Hour of Code event in December. Microsoft knows how much kids love the wildly popular game, which the company bought through its $2.5 billion Mojang acquisition in 2014, so it volunteered Minecraft for the cause.

The tutorial, which is available now for free, walks students through 14 levels. It looks and feels like the Minecraft game that kids are so familiar with, but they have to use basic computer science principles to play. Students click and drag blocks to form a string of commands. They click “run” and their character carries out the actions.

Code.org co-founder Hadi Partovi explains that these kinds of block commands are how most computer programmers first learn the basics. But he said the Hour of Code event, which tries to get kids around the world to spend one hour learning to code during Computer Science Education Week every year, is about much more than learning the basics.

“The goal of one hour is to teach you that this is something that you can do and it’s more fun than you thought. Frankly, it’s to hook you to want to learn more,” Partovi said. “The stereotypes you hear in pop culture make people think this is just for one group. We want to break those stereotypes, demystify the field and break the barrier of intimidation and show this is fun.”

More than 100 million students participated in the Hour of Code during its first two years, and the third edition is set to kick off Dec. 7. There will be tutorials based on a few different kid-friendly themes, including Frozen and Star Wars.

But Partovi said Minecraft has been the No. 1 request he’s heard for years. 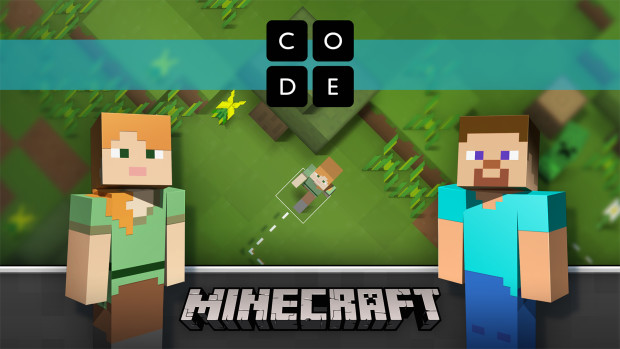 After teaching a coding class during last year’s event, Partovi said he was given a stack of thank you cards from the students. More than half, he said, contained some kind of reference to the blockbuster game.

“On some of the cards, they wrote only one word: ‘Minecraft,’” Partovi said. “So needless to say, the demand from students to do something like this, and from their parents, is extremely high. … Literally as soon as I found out [Microsoft was acquiring Mojang], I started the dialog. This has been the most requested thing.”

Microsoft has long been one of Code.org’s biggest supporters, donating $3 million since the Seattle-based nonprofit was founded in 2013.