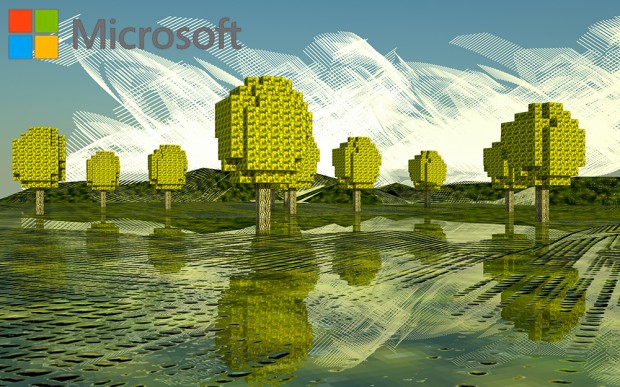 Breaking News: Microsoft just confirmed that it will pay $2.5 billion to acquire Mojang, the game developer behind the popular Minecraft game franchise.

The acquisition of the popular open-world platform gives Microsoft a bigger presence in video games and education, as well as one of the top paid apps for iOS and Android. It’s the largest game-related acquisition in Microsoft’s history. Microsoft says Minecraft will continue to be available for PC, iOS, Android, Xbox and PlayStation.

In a post about the news, Mojang says its founders — including Minecraft creator Markus “Notch” Persson — are leaving the company to pursue new ventures.

The post seeks to reassure members of the independent Minecraft community that Microsoft’s deal isn’t the end of the world. “Change is scary, and this is a big change for all of us. It’s going to be good though. Everything is going to be OK. <3,” the post reads. “Please remember that the future of Minecraft and you – the community – are extremely important to everyone involved.”

Answering the question of why the company decided to sell, the post explains, “Minecraft has grown from a simple game to a project of monumental significance. Though we’re massively proud of what Minecraft has become, it was never Notch’s intention for it to get this big.” The company says Notch “decided that he doesn’t want the responsibility of owning a company of such global significance.”

Microsoft Xbox chief Phil Spencer says in a blog post, “Today is an incredibly exciting day for our team as Mojang and the Minecraft franchise join Microsoft. Minecraft is one of the most popular video games of all time, with more than 100 million downloads, on PC alone, from players since its launch in 2009. Minecraft inspires millions to create together, connects people across the globe, and is a community that is among the most active and passionate in the world.”

Mojang is based in Stockholm, Sweden, which means that Microsoft can use some of its overseas cash to make the purchase without U.S. tax implications.

Unlike those companies, however, Minecraft brings significant revenue and profit, with 2013 sales of $317 million and profits of $125 million, when converted from Swedish kroner using the average exchange rate. Microsoft says it expects the acquisition to break even during its current fiscal year, which began on July 1.

“We don’t view this acquisition as a signal of MSFT’s intent to double down on Xbox but consider it an attempt to better address mobile on a cross platform basis, given that 40% of Minecraft’s units are on mobile platforms,” said Nomura Research analyst Rick Sherlund in a note to clients last week, when the deal was rumored. “This also appears to be consistent with CEO Satya Nadella’s mobile and cloud strategy, as he has stated that “the single biggest digital life category, measured in both time and money spent, in a mobile-first world is gaming.”

Here’s the news release from Microsoft.

The Mojang team will join Microsoft Studios, which includes the studios behind global blockbuster franchises “Halo,” “Forza,” “Fable” and more. Microsoft’s investments in cloud and mobile technologies will enable “Minecraft” players to benefit from richer and faster worlds, more powerful development tools, and more opportunities to connect across the “Minecraft” community.

Under the terms of the agreement, Microsoft will acquire Mojang for $2.5 billion. Microsoft expects the acquisition to be break-even in FY15 on a GAAP basis. Subject to customary closing conditions and any regulatory review, the acquisition is expected to close in late 2014.

Available across multiple platforms, “Minecraft” is one of the most popular video games in history, with more than 100 million downloads, on PC alone, by players since its launch in 2009. “Minecraft” is one of the top PC games of all time, the most popular online game on Xbox, and the top paid app for iOS and Android in the US. The “Minecraft” community is among the most active and passionate in the industry, with more than 2 billion hours played on Xbox 360 alone in the past two years. Minecraft fans are loyal, with nearly 90 percent of paid customers on the PC having signed in within the past 12 months.

“Gaming is a top activity spanning devices, from PCs and consoles to tablets and mobile, with billions of hours spent each year,” said Satya Nadella, CEO, Microsoft. “Minecraft is more than a great game franchise – it is an open world platform, driven by a vibrant community we care deeply about, and rich with new opportunities for that community and for Microsoft.”

“The ‘Minecraft’ players have taken the game and turned it into something that surpassed all of our expectations. The acquisition by Microsoft brings a new chapter to the incredible story of ‘Minecraft,’” said Carl Manneh, CEO, Mojang. “As the founders move on to start new projects, we believe the high level of creativity from the community will continue the game’s success far into the future.”

Microsoft plans to continue to make “Minecraft” available across all the platforms on which it is available today: PC, iOS, Android, Xbox and PlayStation.

“‘Minecraft’ is one of the most popular franchises of all time,” said Phil Spencer, head of Xbox. “We are going to maintain ‘Minecraft’ and its community in all the ways people love today, with a commitment to nurture and grow it long into the future.”

More details will be available upon the acquisition closing.