DALLAS — The plan was to spend a few years laying foundation and bringing together the resources that could help Tech Wildcatters succeed for the future. After that, Gabriella Draney was supposed to finally go start her gaming startup.

Fast forward six years later, and it hasn’t quite worked out the way Draney expected — but she’s probably OK with that, especially given how her program has turned into one of the top-ranked accelerators in the country. 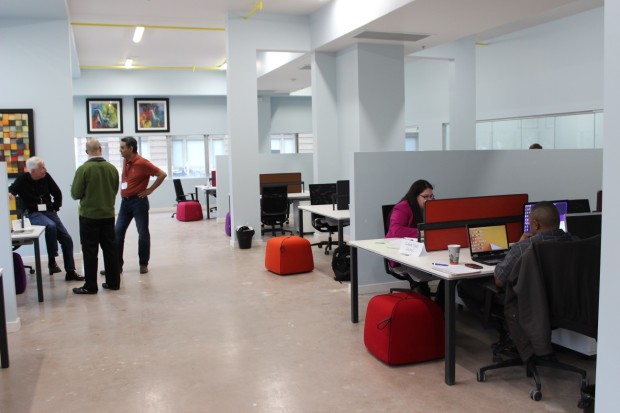 Founded in 2009, Tech Wildcatters is a Dallas-based accelerator that focuses on nurturing B2B startups. Earlier this week — which also happens to be Dallas Startup Week — the program welcomed its seventh class, a group of 15 early-stage companies hailing from places like Texas, Seattle, and Germany that beat out hundreds of other applicants for a coveted seat inside the program’s downtown Dallas office space.

Tech Wildcatters provides mentorship, education, a network of contacts, and capital — $25,000 in exchange for 8 percent equity — during a 12-week period. The program, one of more than 5,000 worldwide, is nationally-recognized by MIT professors and publications like Inc. and Forbes based on the success of its 67 graduating companies.

“I just always thought this would be a fun, cool mentorship thing,” Draney told GeekWire earlier this week. “But you just fall in love with it. It’s a lot of work, but it’s really rewarding.”

Before starting Tech Wildcatters, Draney was at a venture firm in Dallas. While there, she spent her off-hours working on an idea for a large-scale MMOG gaming startup, but was told she couldn’t be successful starting the company in Dallas. That got her thinking — what if Dallas had its own accelerator, similar to what Y Combinator and TechStars had created just a few years prior?

Draney was discussing the idea with a friend at Dallas’ only co-working space in 2009 when someone overheard her conversation. That man ended up relaying the information to his old boss, who happened to be Jon Feld — the cousin of Brad Feld, who helped launch Techstars in Boulder three years earlier.

“I get a cold email from Jon Feld, who said a guy that used to work for him heard me talking about Tech Wildcatters at the co-working space,” Draney recalled. “We ended up having one of those three-hour coffees at Starbucks and decided to partner.”

Draney quit her job at the VC firm, while Feld — who had recently sold Navigator Systems to Hitachi Consulting — put in the initial cash for Tech Wildcatters.

For the first few years, Draney and Feld — along with founding partners John Reed and Brad Taylor — had to figure out what kind of model would work at the accelerator. They decided to focus on B2B startups, given that the Dallas area was home to so many enterprise companies that made for potential customers or partners.

“Compared to Silicon Valley, we know we can’t win on the funding front,” Draney said “But we know when it comes to customers, we can win on that front all day long.”

Initially, Tech Wildcatters made it a priority to bring on investors that also agreed to mentor entrepreneurs.

“We weren’t just having meetings with them — it was about us investing in startups together, and mentoring them together,” Draney said of the first investors.

There was also the issue of fitting in with the Dallas community, which had little to no startup scene at the time and had been hit particularly hard by the recession. 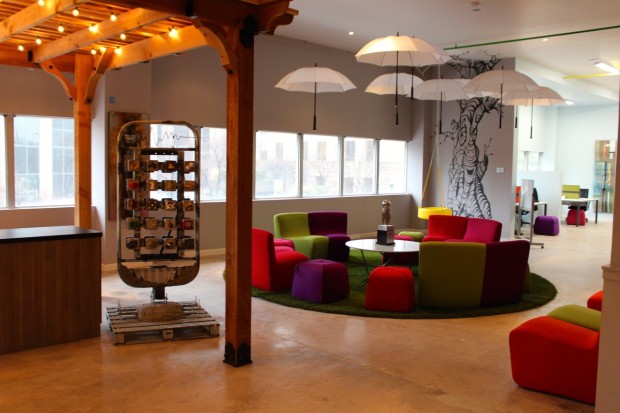 “We came in at the worst time,” Draney said.

Draney created a low buying rate with $25,000 units, which helped reduce risk for local investors — many of whom made their money in the oil, gas, and real estate industries and weren’t all that comfortable or familiar with these new tech startups.

Although Draney said it was the “worst time” to launch Tech Wildcatters, that was also somewhat of a blessing.

“The best time to start something is when nobody is there, when everyone is calling you crazy,” she said. “That’s when you can build the best foundation.”

Of course, the rest is history. Tech Wildcatters has graduated 67 startups from its program in the past six years, 81 percent of which are still operating. Given the growth, the accelerator’s model has shifted a bit, as the mentors — there are now more than 150 — no longer are required to invest.

As the foundation has been laid, Tech Wildcatters is now coming up with new, unique ideas that help bolster both its portfolio companies and the startup ecosystem in Dallas. Two years ago, the accelerator helped launched Health Wildcatters, a similar 12-week program focused on medical startups.

Then, just last month, it started something called the Corporation Innovation Network that aims to bridge the gap in Dallas between Fortune 500 companies and a growing startup scene. The accelerator has partnered with ten local companies that will run beta programs with Tech Wildcatters alumni, who will have the chance to use apply their innovations to problems that the corporate giants may have.

“There will be many barriers and misconceptions brought down with this,” notes Clarisa Lindenmeyer, VP of Corporate Affairs and PR for Tech Wildcatters.

“It’s risky for startups to sell to a business, and it’s risky for businesses to buy from startups,” added Draney. “We want to help mitigate that risk.”

As the accelerator has continued to grow, the quality of entrepreneurs coming through the program has also improved.

“Every single class, we say that there’s no way we can top this,” Draney said. “Sure enough, the next year we do it again.”

Half of the startups in this year’s class already have commercial products on the market. The entrepreneurs will spend the next 12 weeks not only building out their companies, but also receiving valuable mentorship and making important connections with investors and advisors.

“We are a conduit for them,” said Molly Cain, who was named executive director this past October. “We introduce them to as many people as possible. We throw gasoline on their fire.”

Virtual Visit CEO Justin Dickstein, who originally came up with the idea for his healthcare startup at a Startup Weekend, said he was thankful to have a world-class accelerator just a short drive from his company’s HQ.

“We’re so excited to be here at Tech Wildcatters — it plays such a pivotal part of the startup community here in Dallas,” he said. “And we didn’t have to go across the country for three months.”

“I consider Tech Wildcatters to be one of the ‘Ivy League’ accelerator programs,” he said. “It’s a testament to what’s going on in this city.”

Going back to 2009, this has been a long journey for Draney, who probably couldn’t have predicted that entrepreneurs in her accelerator would be describing Tech Wildcatters in this way just six years after launch. Draney’s career has certainly shifted from her time in the VC world, but it’s clear she’s having a lot of fun.

“I get to spend most of my day helping entrepreneurs who are building their dreams,” she said. “That is pretty cool.”

Here’s a rundown of the 15 new companies at Tech Wildcatters, which descriptions from each startup: