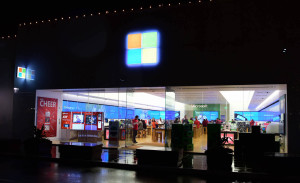 This week’s GeekWire podcast is sponsored by the Microsoft Store.

This week on the GeekWire radio show and podcast, we’re on location at the Microsoft Store at Bellevue Square, with a live audience, surprising news stories, two of Microsoft’s key hardware leaders, and a new trivia contest with a great prize.

Listen to the show above, download the MP3, or watch the video below.

We kick things off in our news segment with details on Uber’s new carpooling experiment in Seattle, a new startup that wants to bet against your marriage, and Donald Trump’s new plan for the Internet.

Starting in the second segment, we’re joined by Panos Panay, the head of devices at Microsoft, and Stevie Bathiche, distinguished scientist in Microsoft’s hardware group. We talk about the design decisions that went into the Surface Book, the competition between Surface and Apple’s iPad, and much more. Check out this earlier post to read edited excerpts from the conversation.

Congrats to last week’s winner, Jeff Gepner, who won a Microsoft Xbox One prize package for knowing the answer to last week’s question, “What will be Leia’s new title in ‘Star Wars: The Force Awakens’?” Listen to the show for the answer. 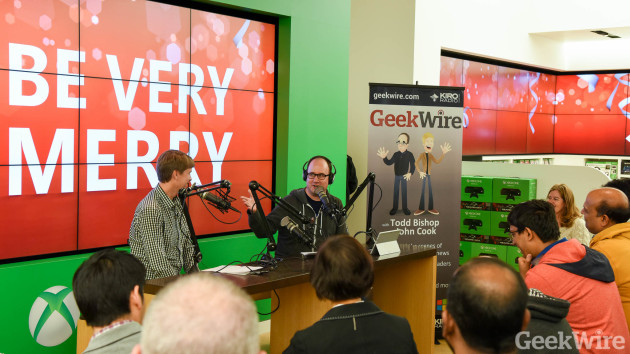 A big thanks to all of the listeners and readers who joined us in person at the Microsoft Stores in Seattle and Bellevue over the past two weeks. It was great connecting with all of you.

We’re planning to record more shows in the future at different companies and locations around the region and beyond, so stay tuned for details in the weeks and months ahead.