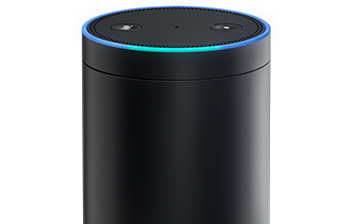 Amazon’s Echo team is having lots of fun with the ability to regularly update the intelligent, talking home speaker. Just in time for tonight’s Oscars ceremony, the device’s digital persona, Alexa, has been updated with more than enough famous movie lines to break the ice at an Academy Awards viewing party.

The Echo team sent an email to users this weekend suggesting a series of movie quotes to say to the device. Echo user Dennis Hamilton tried them out for us, and here’s what Alexa said in response to each quote.

Dennis also tried out other quotes, such as “I’ll have what she’s having,” and “I love the smell of napalm in the morning,” and Alexa, responded in each case, “Ahh, movie quotes. Nice.”

For the record, we tested the same quotes with Apple’s Siri, without much luck. In response to “My name is Inigo Montoya,” for example, this is what Siri said.

Siri, I don’t think that means what you think it means.

For much more on the Amazon Echo, be sure to check out Alexa’s recent appearance on the GeekWire radio show.