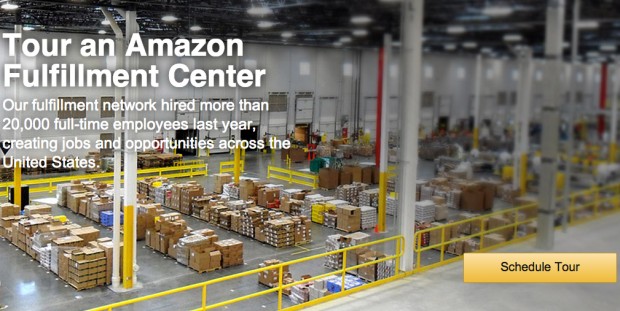 That’s why it was kind of surprising to see the company open up the doors on several of its giant fulfillment centers. As noted on the Me and My Kindle site, the general public can now take tours at six of the mammoth facilities across the country, including sites in California, Indiana and Arizona. (Sorry, Washingtonians, no warehouse tours for you!) 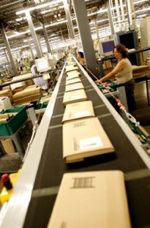 The Web page announcing the tours is full of PR-speak, noting that the warehouse facilities are “safer than a department store.” It also touts the company’s hiring of military veterans, as well as programs in which the company gives Kindles to local schools.

The tours are taking place on the first and third Tuesday of each month at 10 a.m. and 2 p.m.

“Come see the magic that happens after you click buy on Amazon,” notes the Web page.

Amazon has been under pressure about its labor practices, including a blistering report last fall from the BBC which indicated that those engaged in warehouse work at a facility in Wales could experience “increased risk of mental illness and physical illness.” Labor unions in Germany also have been hammering Amazon in recent months, saying workers are treated like robots.

Amazon responded to the BBC report with this statement:

We strongly refute the charge that Amazon exploits its employees in any way. The safety of our associates is our number one priority, and we adhere to all regulations and employment law.

But one can imagine that Amazon, which has started drawing comparisons to Wal-Mart, was stung by the report.

The company also is hiring like mad, as we pointed out earlier this week. It now employs more than 124,000 people, adding another 7,000 people last quarter. Many of those new jobs are in the fulfillment centers, with the company saying that it hired more than 20,000 full-time workers in its warehouses last year.