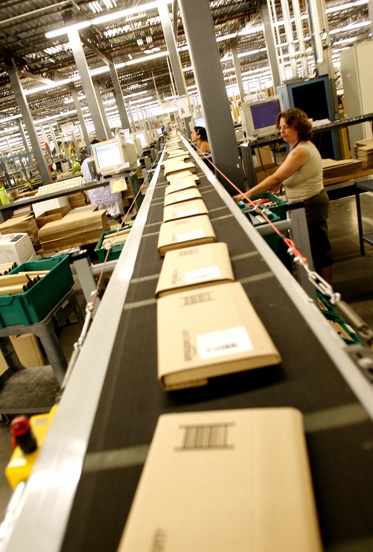 Amazon.com is expanding in its own backyard.

The Seattle-based company announced Friday that it plans to open a new fulfillment center in Kent, about 20 miles south of the company’s headquarters in Seattle’s South Lake Union neighborhood. It will mark the company’s fourth planned fulfillment center in Washington state, joining other facilities in Sumner and Bellevue. The company also is opening a new one-million square foot facility in DuPont, south of Tacoma.

The new facility in Kent will be nearly one-million square feet in size.

What’s interesting about the new location is that it is not too far away from the company’s facility in Sumner, just south of Kent. With the DuPont location opening soon, that means three of the company’s fulfillment facilities are located south of the city.

Amazon now has more than 100 fulfillment centers worldwide, with just over half in North America. 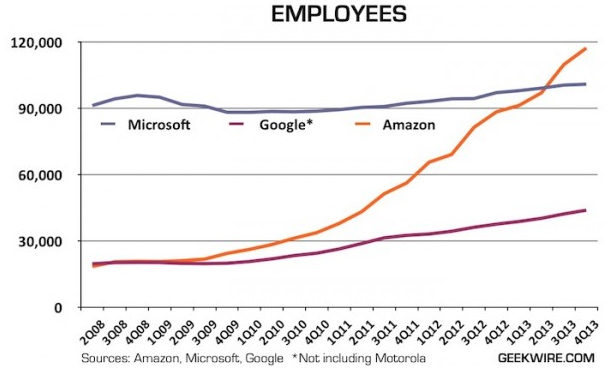 The massive growth of the warehouse operations is one of the reasons why Amazon’s employment base has mushroomed in recent years.

“We’re excited to bring hundreds of great full-time jobs with benefits to Kent and proud to further invest in Washington state with this new fulfillment center,” said Mike Roth, Amazon’s vice president of North America operations. “We are grateful to local and state elected officials who have supported Amazon in bringing a new fulfillment center to the state of Washington.”

Gov. Jay Inslee added in the statement that the expansion is “great news,” pointing out that Amazon is “a marquee company for how Washington innovation can change the world.”