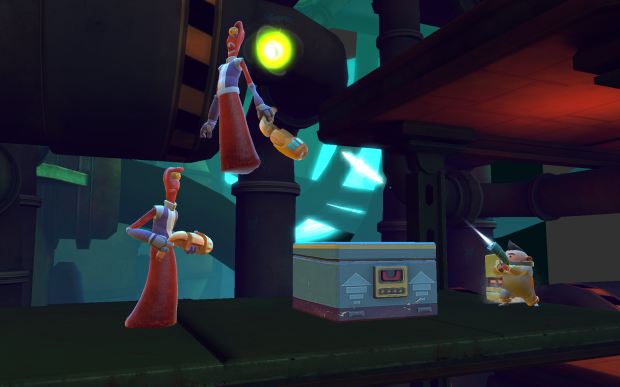 Amazon Game Studios just launched “Tales from Deep Space,” a new puzzle game for the company’s Fire tablets. Players are plunged into the roles of E, an intergalactic traveling salesman; and CASI, a “luggage drone that just might be the ultimate weapon.”

It looks like a family-friendly romp through a cartoonish alien environment that should appeal to people with Amazon tablets. “Tales” is the result of a collaboration between Amazon’s in-house game development division and Frontier Developments, a British game development studio that’s also working on “Elite: Dangerous.” 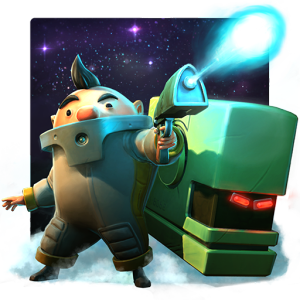 The purchase doesn’t come cheap – “Tales” costs $6.99 up-front on Amazon’s Appstore. But thus far, it has universally positive reviews from users. Right now, the game is only available for the Fire tablets that Amazon released in 2013 and those launched earlier this year.

In addition to the new game, Amazon is also using its purchase of ComiXology to promote the title’s launch. Users of the comic-viewing app can download “Lox of Luck,” a free prequel comic that introduces the characters and universe of “Tales.”

Amazon has been making some big bets on gaming recently, with the acquisition of video game streaming site Twitch, as well as creating a Fire TV set-top box that also functions as an Android console.