One day last month, Amazon’s camera product page was taken over by a 48-minute live event to highlight Sony’s answer to the GoPro camera.

The low-budget video featured four panelists sitting in director chairs, discussing everything from the best way to mount the Action Cam to how to post videos to social media.

The only person identified on the webcast was Supercross Champion Ricky Carmichael, who was there to talk about his personal experience using the camera as Sony’s sponsored athlete. Two other “product experts” participated from Sony, and a geeky moderator — complete with aviator glasses — kept the conversation rolling by asking questions off cue cards.

The live event was straight out of late-night television, or something you’ve come to expect from the home-shopping network — not from Amazon. But it demonstrates one way that Amazon could leverage its $970 million acquisition of videogame live-streaming company Twitch as part of the online retailer’s core business — which in hindsight would help to explain Amazon’s interest in the company.

Following the Sony event in October, an Amazon spokeswoman said the company has hosted events like these in the past, one as recently as this summer. “This is a tool for vendors and a great example of Sony leveraging Amazon as a retail partner and marketing platform to reach customers and drive brand awareness in the action cam category,” she said.

For the Sony live webcast, Amazon used Ustream to manage the event, but in the future, the Twitch acquisition would give Amazon its own in-house technology to use for that purpose, and potentially an additional audience for the content. 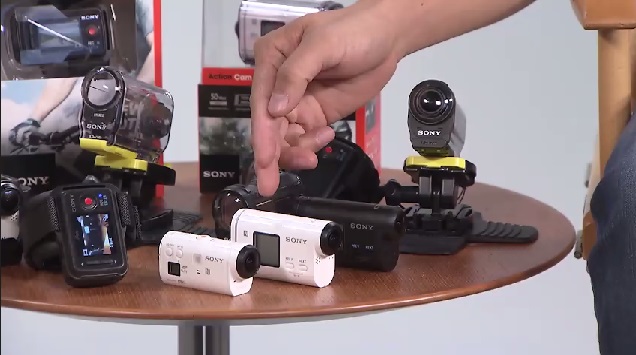 Responding to questions from GeekWire, an Amazon spokeswoman didn’t close the door on potential collaborations with Twitch: “Amazon has long admired Twitch for the innovative social video platform that they’ve created for their community, and we want Twitch to keep doing what they do best. First and foremost, we want Twitch to just keep going. We look forward to learning from Twitch, and over time finding the right ways to help them move faster inventing on behalf of the community.”

It’s not clear if Sony’s Action Cam event was a success. Less than 3,000 customers tuned in, but then again, the presentation quality was fairly low. There were no live demonstrations of the product, and no true personalities to speak of to engage an audience.

We look forward to learning from Twitch, and over time finding the right ways to help them move faster inventing on behalf of the community.
But if Amazon can replicate even the slightest success seen by QVC or others, it could represent a new way for the retailer to push huge volumes of inventory. For example, QVC reported $8.6 billion in annual revenues in 2013. And, while some brick and mortar retailers have had a hard time keeping up with online trends, QVC wasn’t one. It said $3.2 billion of its 2013 sales took place online.

Another advantage of videos is their potential to spread virally through social networks, like Twitter, Facebook and YouTube. Perhaps, the most well-known example of a successful pitchwoman on YouTube, is Michelle Phan, who turned her billion views on Google’s video network into a mega business.

The 27-year-old makeup artist, who started off giving tutorials on how to look like Lady Gaga, now runs a company with $84 million in annual sales.

Amazon has started to experiment with using personalities in reviews through something it calls “Editor’s Picks.” A team of editors with Amazon Gadgets pre-record two-to-three minute videos recommending electronics, ranging from the Sony Sound Bar to the Samsung Galaxy Tab S. 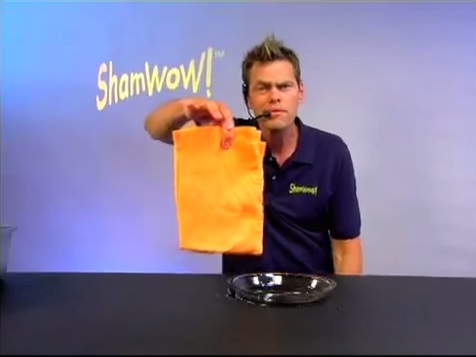 It’s unclear how much of an investment Amazon is making in live streaming product programs, but it’s clearly an area the company considers worth exploring, given its acquisition of Twitch and the experiments it has conducted so far.

To quote Vince Offer, also known as the “ShamWow!” guy: “It sells itself!”