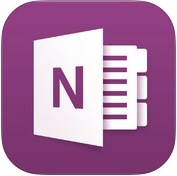 Watch out, Evernote. Microsoft is gunning for you.

The Redmond-based company plans to offer Mac users a version of OneNote, according to reports by The Verge and ZDNet. The notetaking software will be available for free on the Mac, and Microsoft plans to extend the same pricing scheme to its Windows version as well. The new version will ship with a web clipper that allows users to take sections of a web page and save them to a notebook, similar to an offering by Evernote.

The move would put Microsoft in very close competition with the Sunnyvale-based Evernote, which has taken the world by storm with its freemium notetaking product. Evernote is known for being available on all manner of platforms, including desktop, mobile, smartwatch and (yes, really) smart refrigerator apps. If someone creates a new platform, there’s a good chance chance Evernote will have an app for it.

That’s a stark contrast to Microsoft’s strategy for OneNote, which was an exclusive to the Windows version of Office when it launched in 2003. While Microsoft has released free versions of OneNote for iOS and Android users in addition to Windows Phone, the app hasn’t yet made an appearance on the Mac. Windows 8 users can get a free version of OneNote that’s optimized for tablets, but Microsoft also offers the app for $70, or as a part of an Office 365 subscription.

Offering the app for free would be a major move, and one that shows how seriously Microsoft wants to compete with Evernote.

While Evernote may not have seemed like much when it launched five years ago, it now presents a credible threat to OneNote: the company raised a total of $155 million from a pair of rounds in 2012 at a valuation over $1 billion. The company has kept growing since then, and is looking towards an IPO. Evernote CEO Phil Libin has big plans for the company, which he wants to see live on for the next hundred years.

OneNote does hold a major advantage over Evernote, though: it’s included in Office for Windows. People who are used to running OneNote at their office are already familiar with the software, and have a reason to use it on their Mac. Still, Microsoft is going to have a lot of inertia to overcome if it wants users to leave Evernote for OneNote.