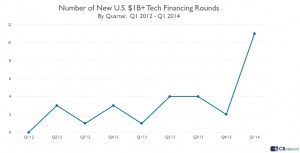 The public markets also are firing, with 35 VC-backed companies pricing shares in the first quarter, the largest number since the third quarter of 2000.

“Yes the market is frothy,” wrote the authors of the report.

California saw more than half of venture capital investments, pulling in a whopping $5.75 billion, a 56 percent increase.

Washington state didn’t fare quite as well in the first quarter, as investments fell to $151 million, giving the state a rank of 7th in terms of dollars. It ranked fifth in number of deals, while Oregon ranked 21st. The fourth quarter was propped up in Washington state by one mega-deal of $125 million in Juno Therapeutics.

Washington state also was not helped by the fact that DocuSign, which raised $85 million during the first quarter, is classified as a California company even though the company’s offices and execs are split between Seattle and San Francisco. 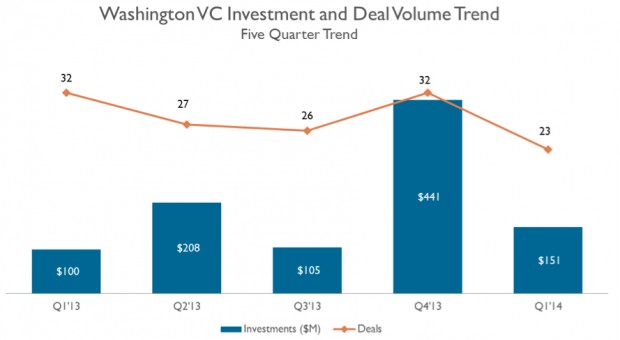 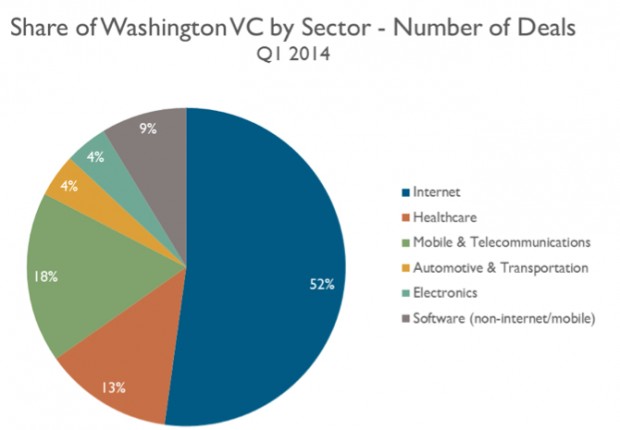