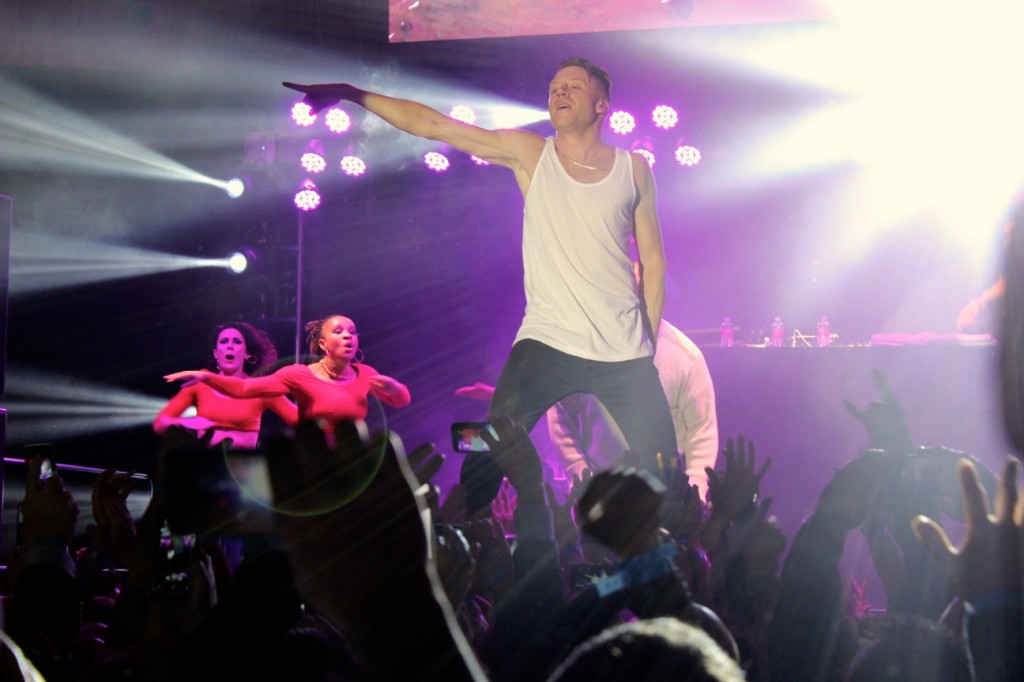 LAS VEGAS — He had only performed one song, but Macklemore was already impressed with the crowd at Monday night’s private concert inside the Palms Las Vegas.

No, they weren’t very loud. And no, the attendees — mostly made up of techies attending the last event of AT&T’s Developer Summit — definitely did not know every word to every song.

But the world-famous Seattle rapper was taken aback by all the smartphones capturing his every move. In fact, he told the crowd that they beat out a group of 13-year-old New York kids he once performed for that was celebrating a Bar Mitzvah.

“I haven’t seen this many smartphones up in the air before,” he proclaimed. “I mean, that was like 100 percent, just phones.”

Monday’s performance paled in comparison to last month inside an ear-splitting Key Arena, where myself and 17,458 other screaming fans welcomed Macklemore & Ryan Lewis back home at the end of their nationwide tour. 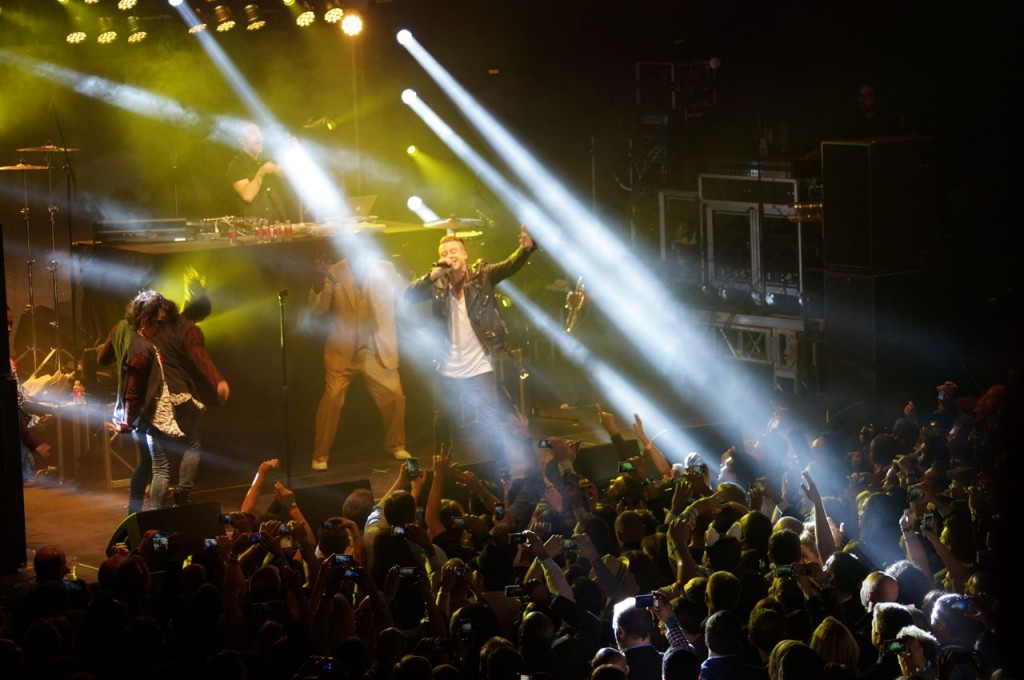 But the uber-talented duo still put on an energetic and enjoyable show, albeit a much more subdued one. Kyle Kesterson, CEO of Seattle-based Freak’n Genius, was at the concert and offered an excellent recap.

“The crowd, being predominately tech-centric executives, couldn’t quite connect as human beings to what he was bringing,” Kesterson explained. “Instead they connected through today’s digital lighter, which resulted in a sea of glowing devices to capture and share their experience, more for the validation than the moment.” 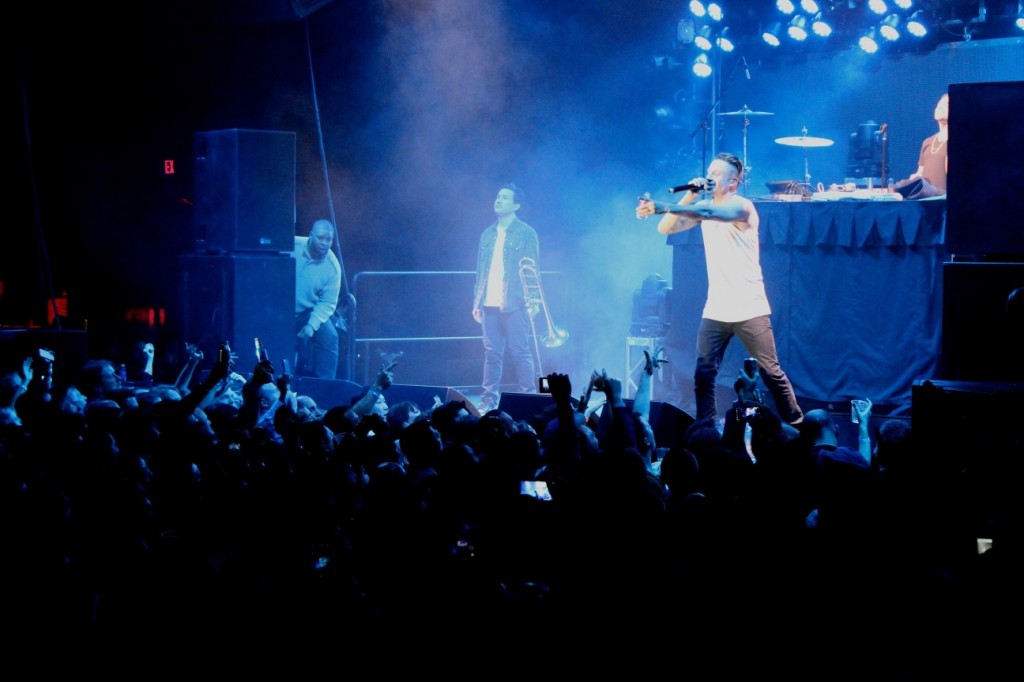 Still, a quick-thinking Macklemore recognized the vibe and immediately began talking about the abundance of smartphones — a credit to the Seattle native and his innate ability to work a crowd.

But both he and Lewis appeared to believe that everyone at the club was an AT&T employee, as apparent by their constant requests for AT&T to “get loooooud,” and similar comments directed specifically at the mobile carrier.

“I need every person who reps this company to go absolutely insane,” Macklemore said at one point during the night.

The rapper also poked fun at the scene, saying that he and Lewis were “taking a break,” in 2014 and only doing corporate shows.

“We’re going to use this show to measure up against the other corporations,” he said in an effort to rile up the attendees, still thinking that everyone either worked at AT&T or loved the company.

While it took a little time to increase the energy level at the Rain nightclub  — “you guys sound like Verizon,” Lewis joked earlier in the evening — many were dancing and bobbing their heads by the time the hour-long show was over (T-Mobile CEO John Legere certainly can’t say the same himself).

This wasn’t the the duo’s best show ever — I mean, how excited can one get to perform at an AT&T event, really? Yet here they were, in Vegas, dancing and rapping at a fancy corporate shindig full of people who likely had never heard more than one or two Macklemore & Ryan Lewis tracks.

And still, somehow they found a way to get people excited. I walked out of the show impressed yet again with these guys and their meteoric rise to fame. 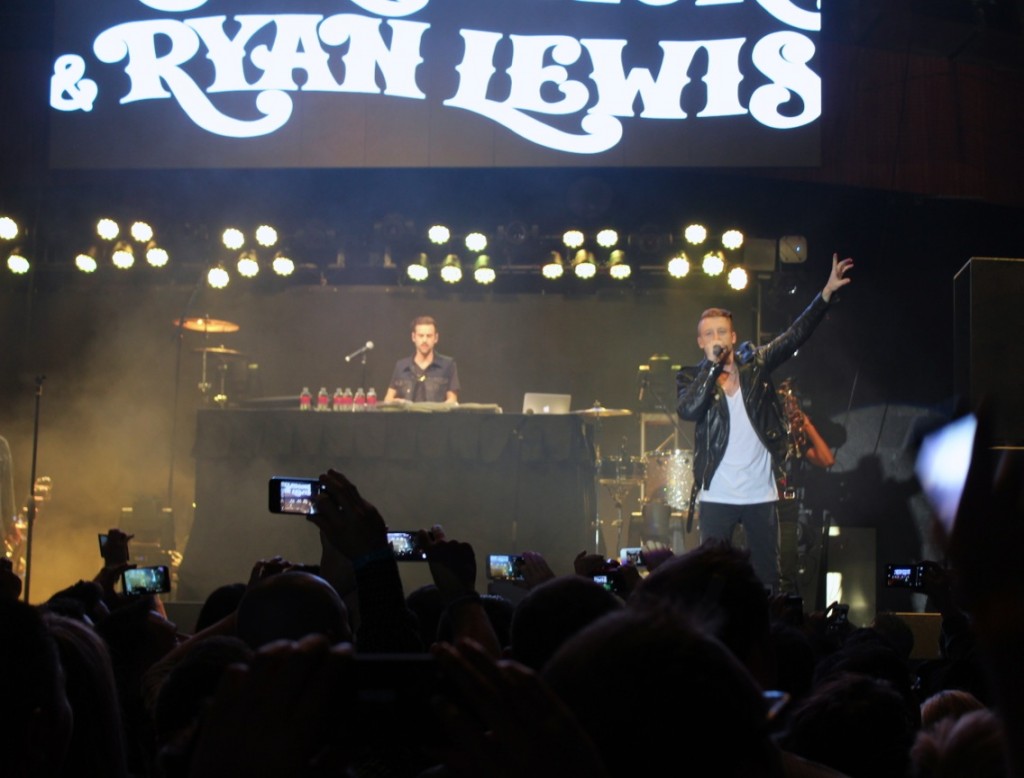 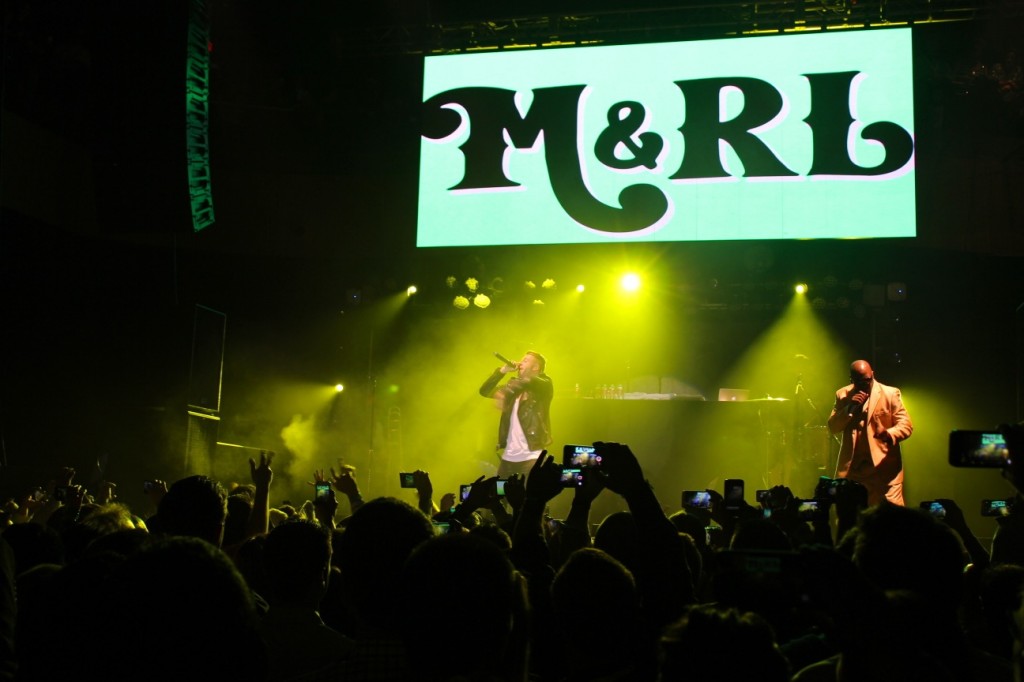 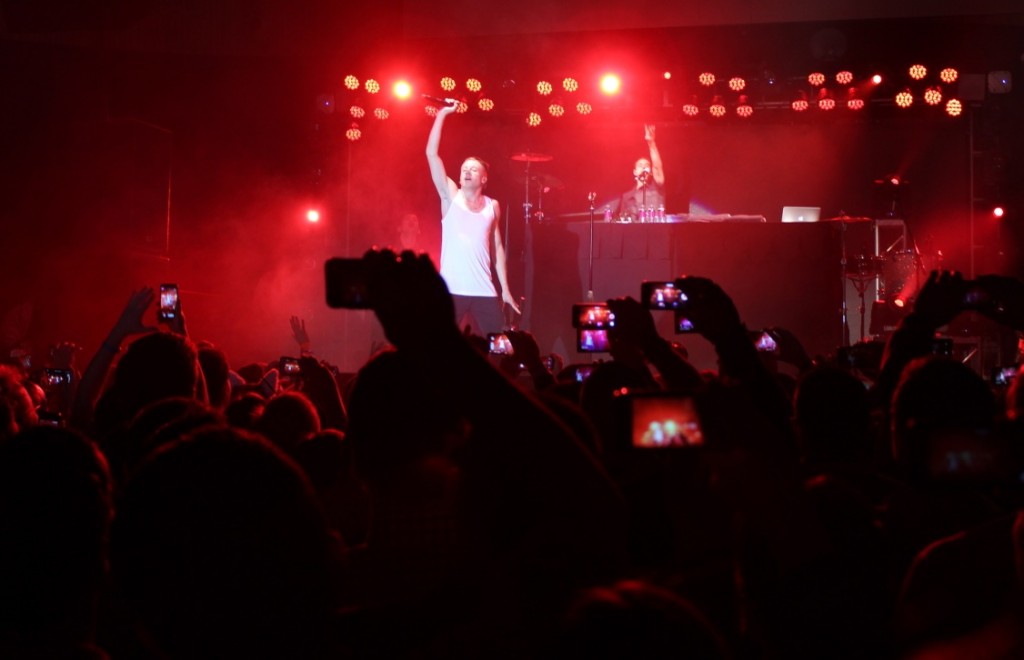 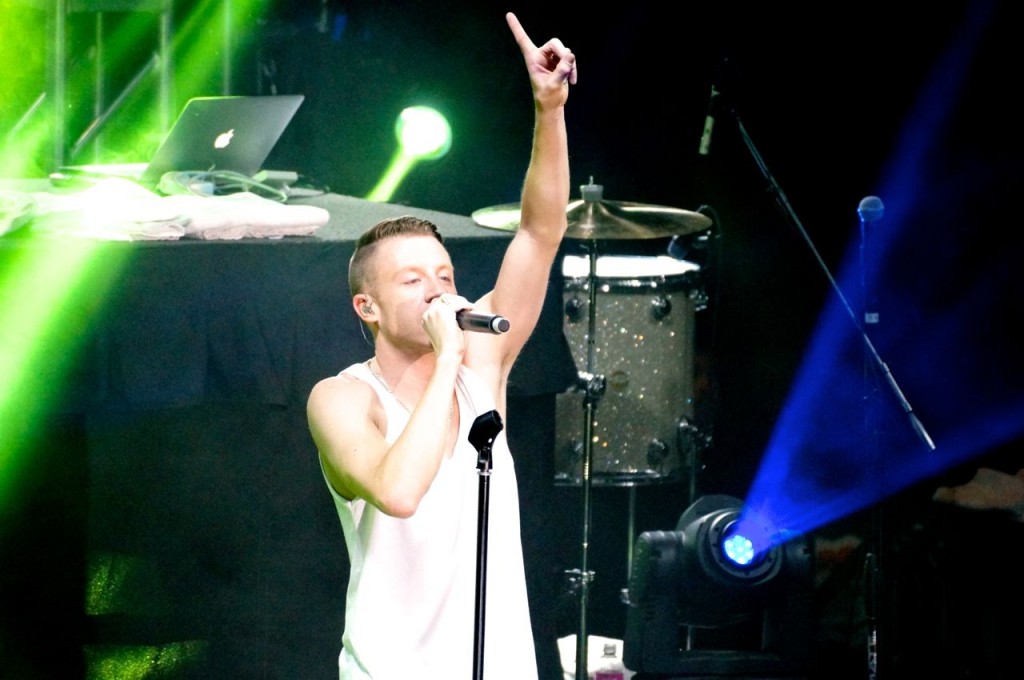 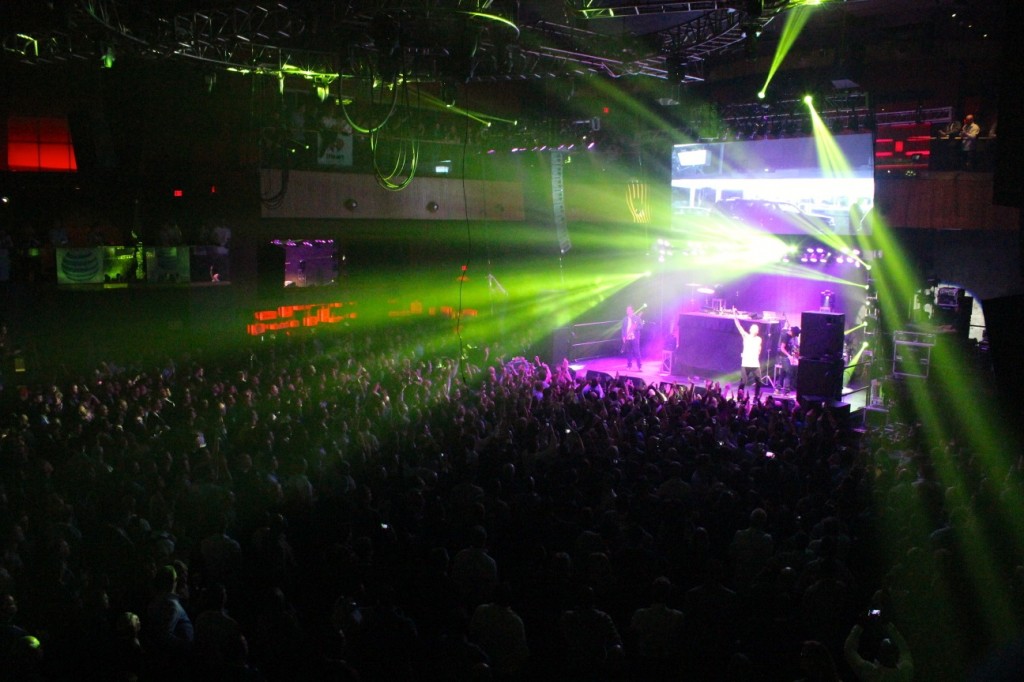 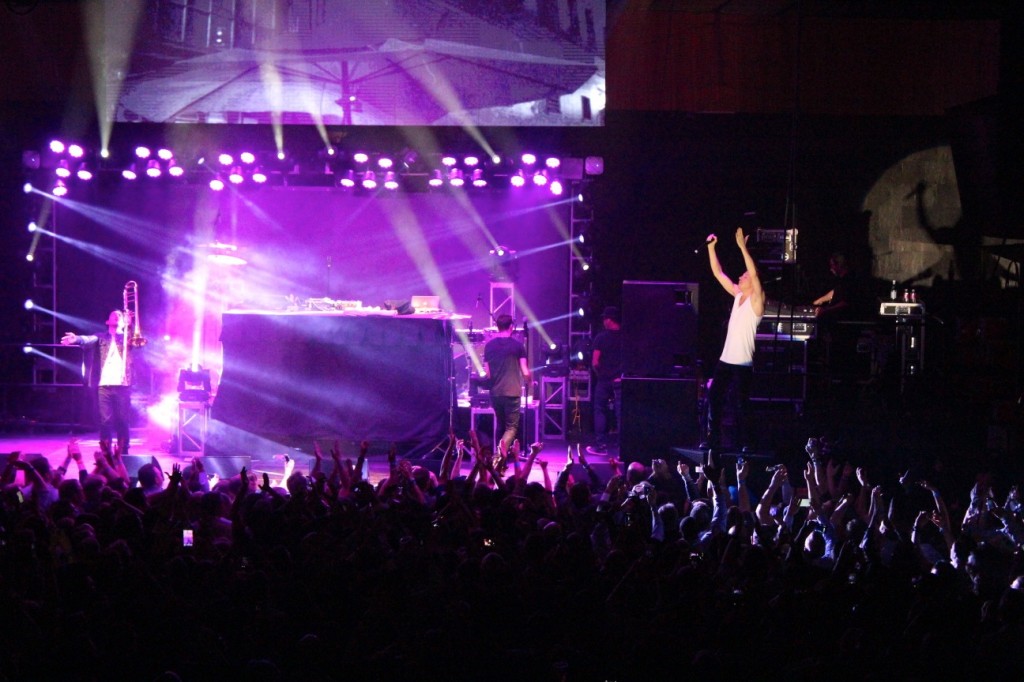 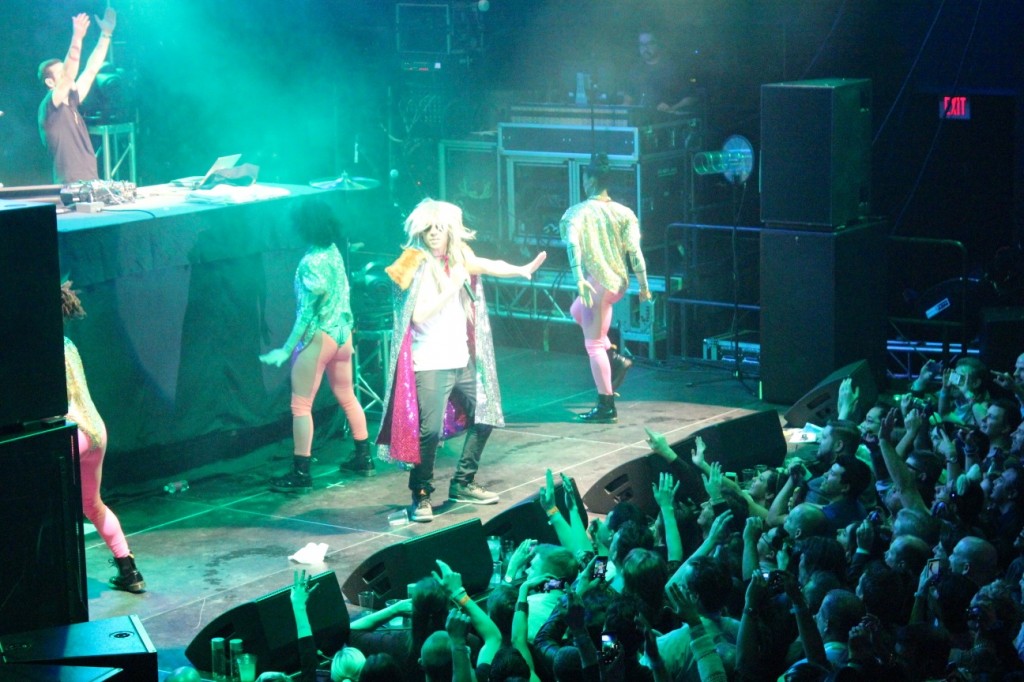 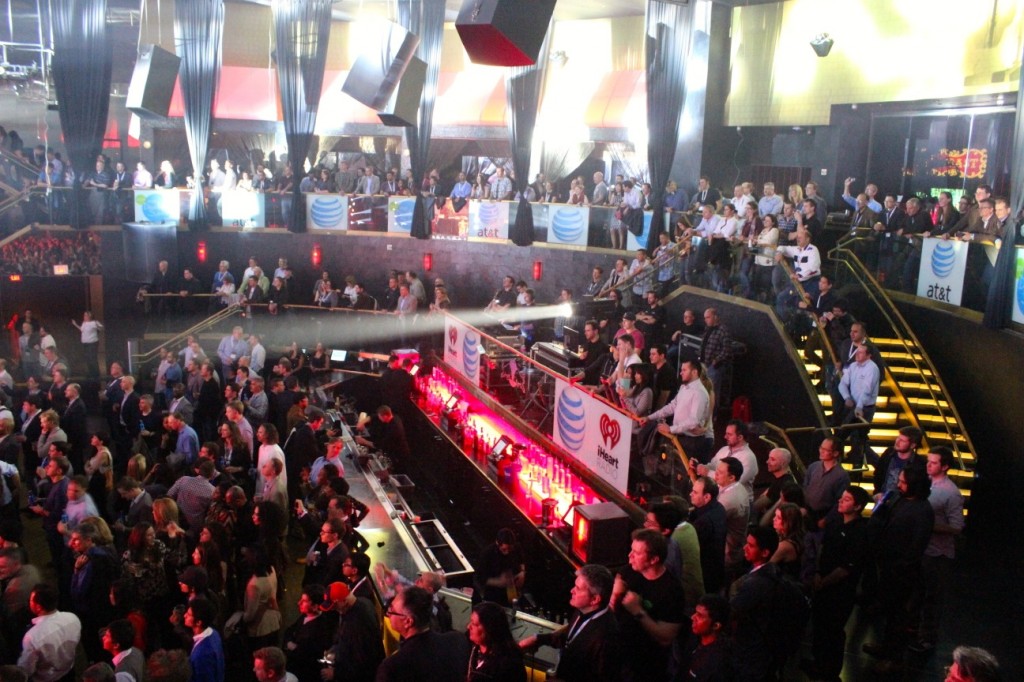 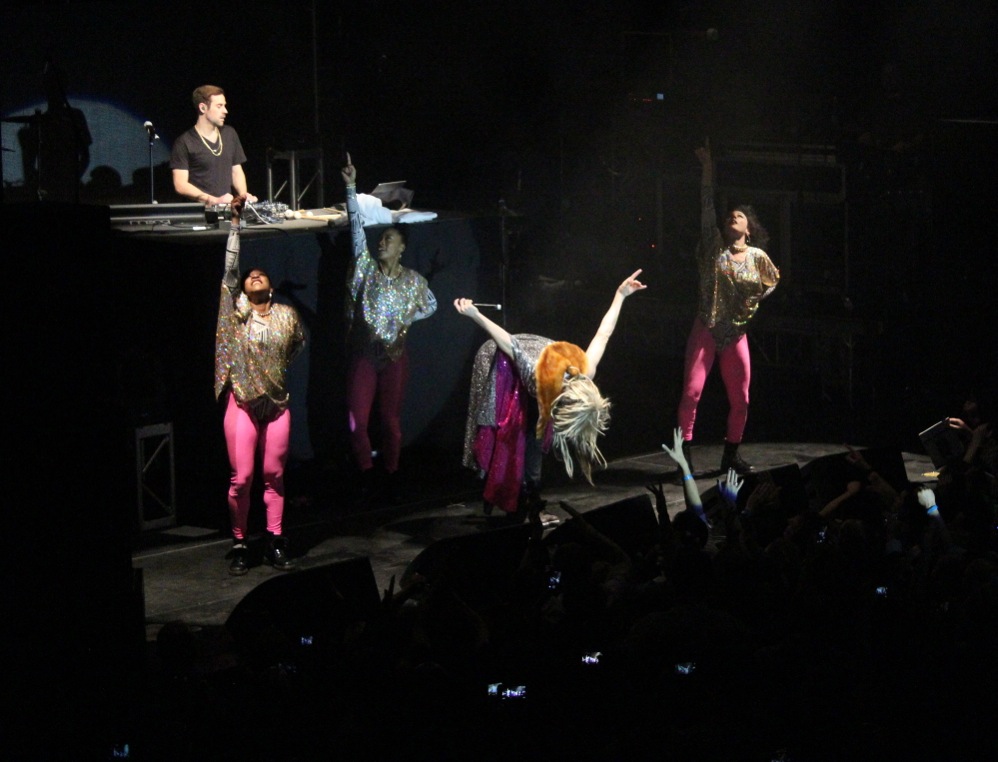 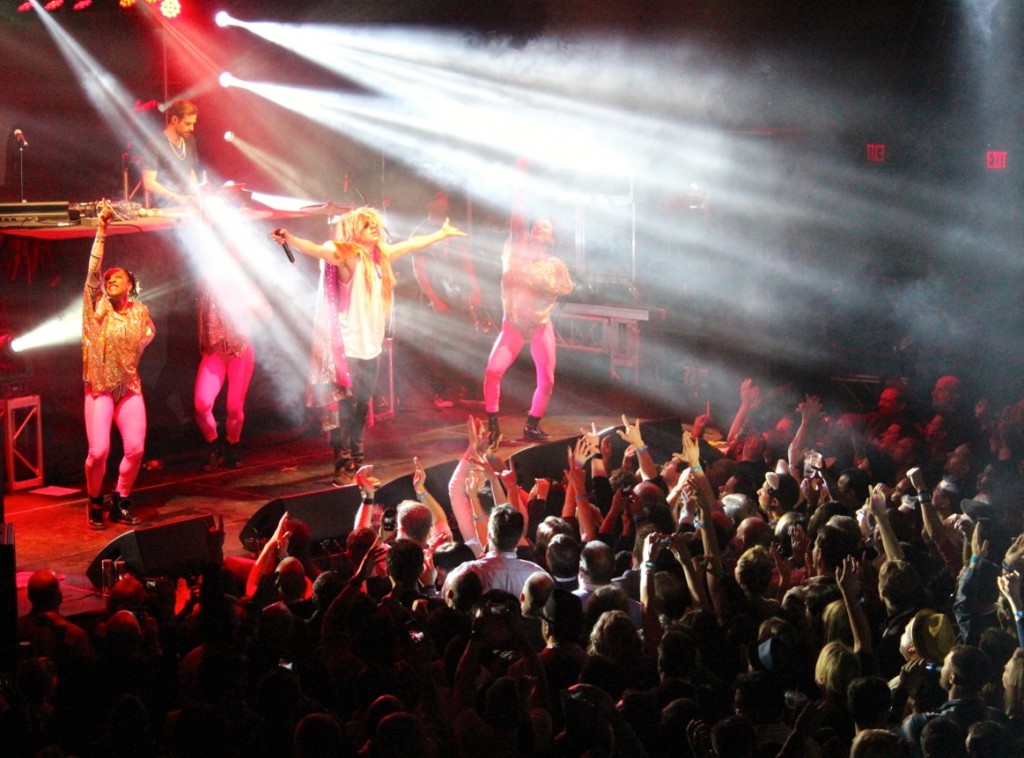 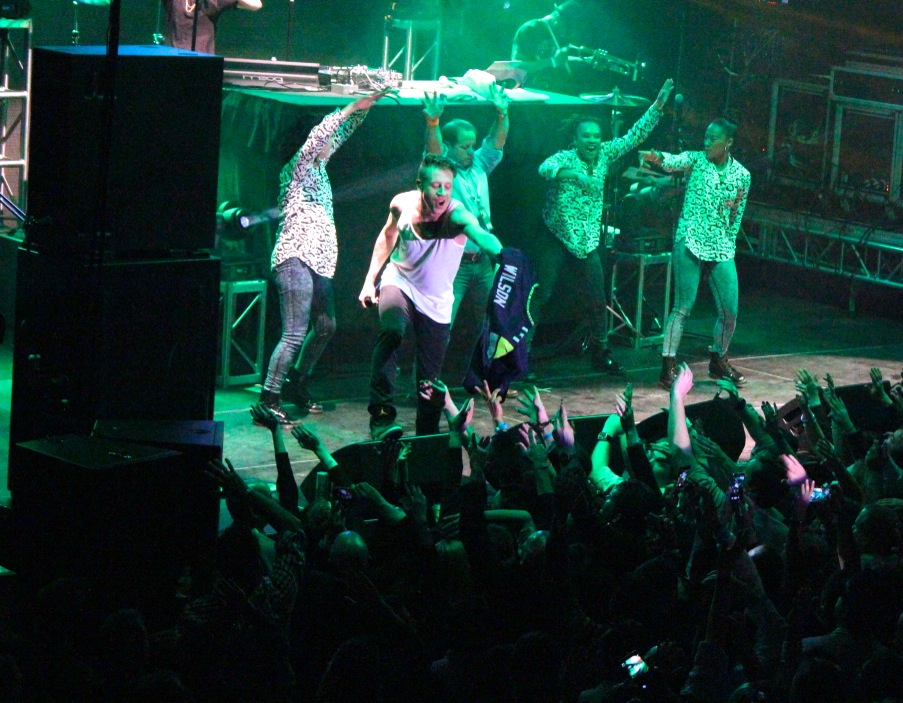 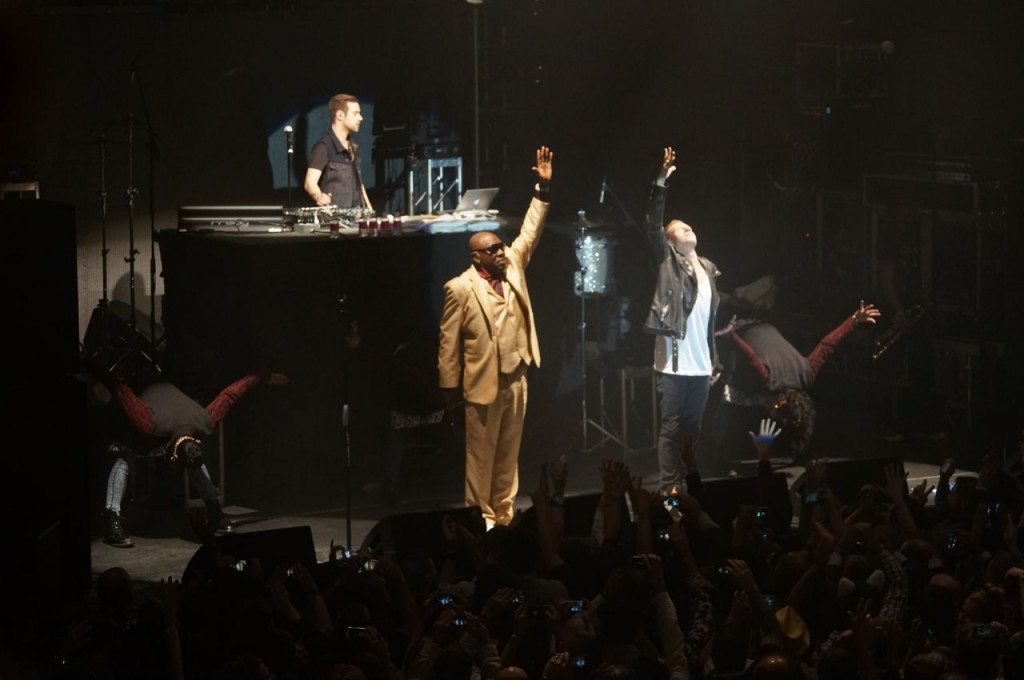 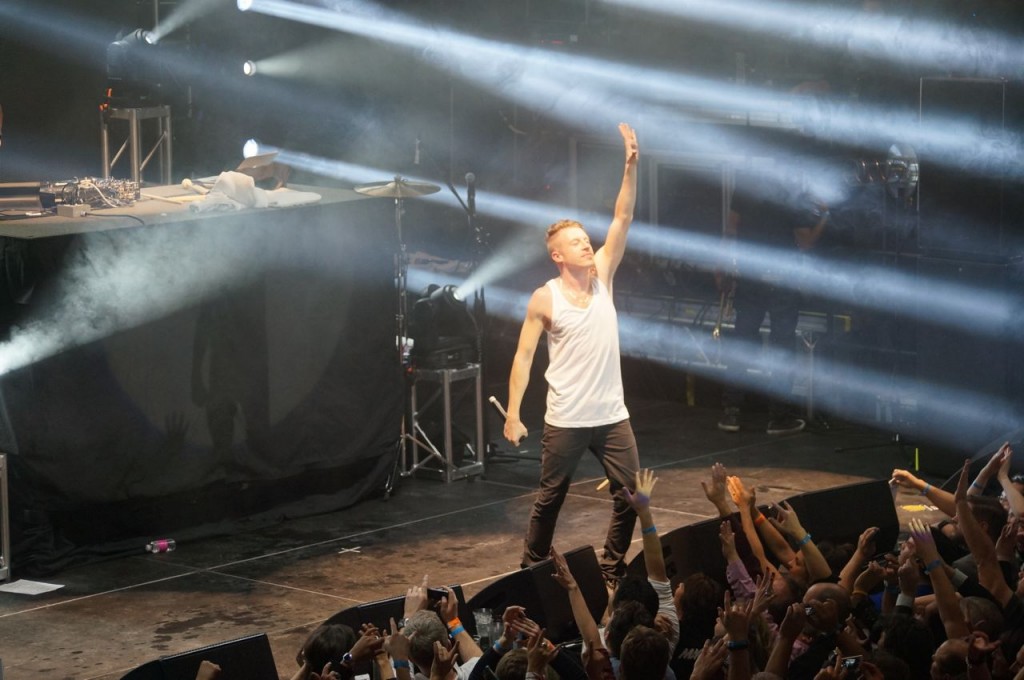 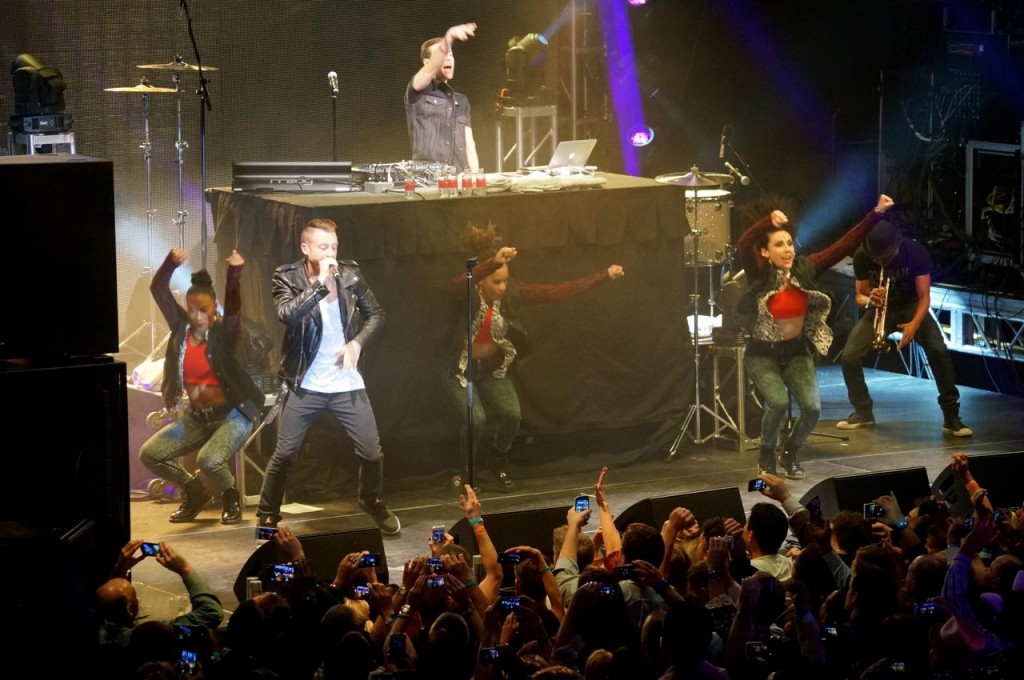 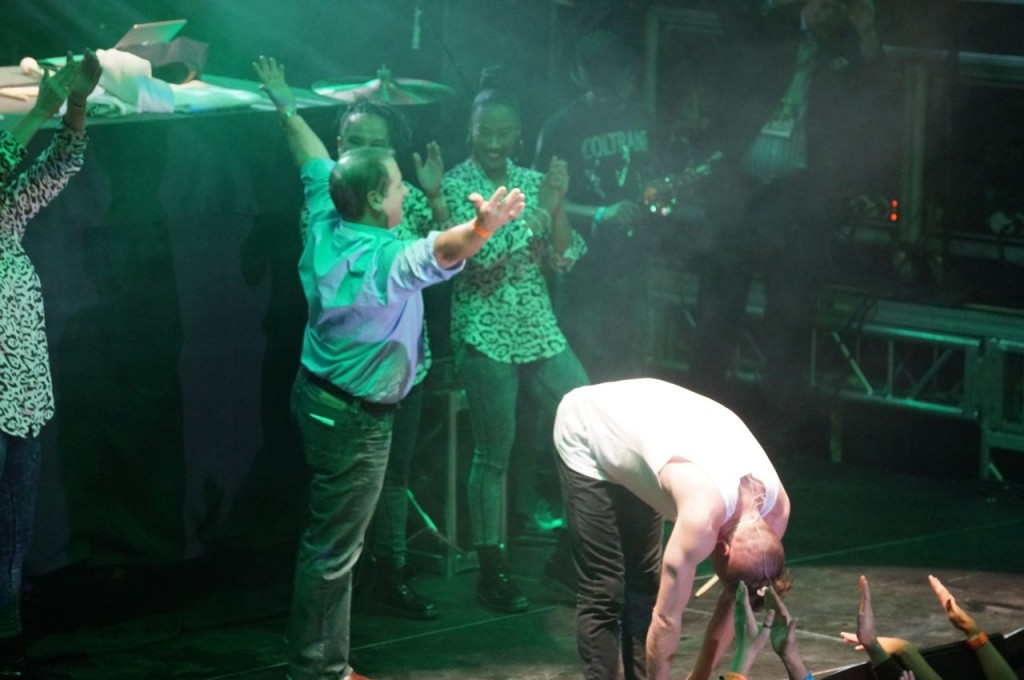 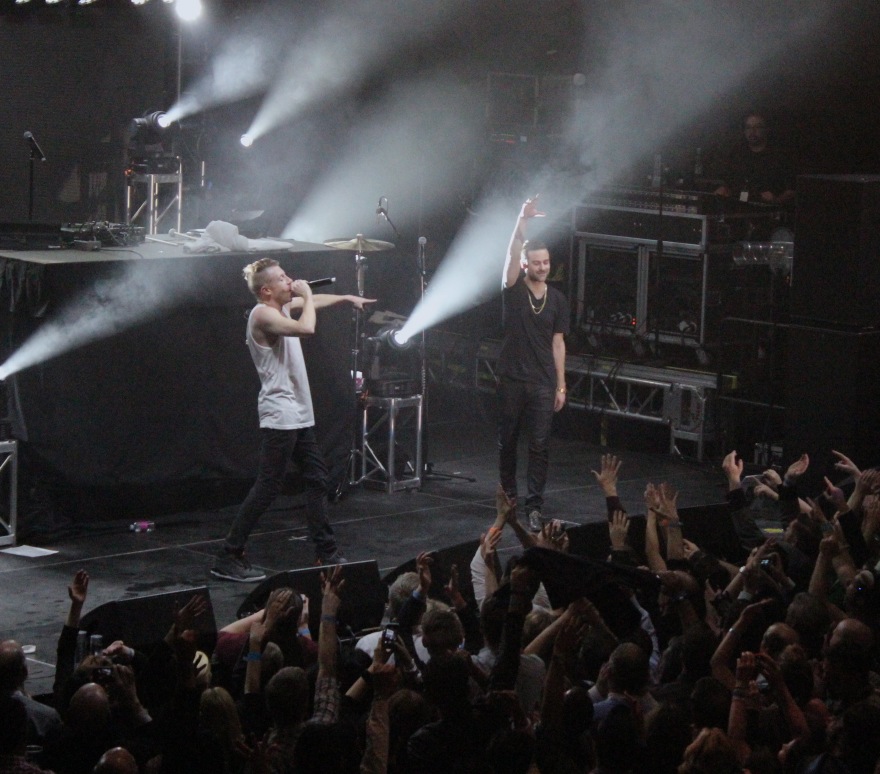