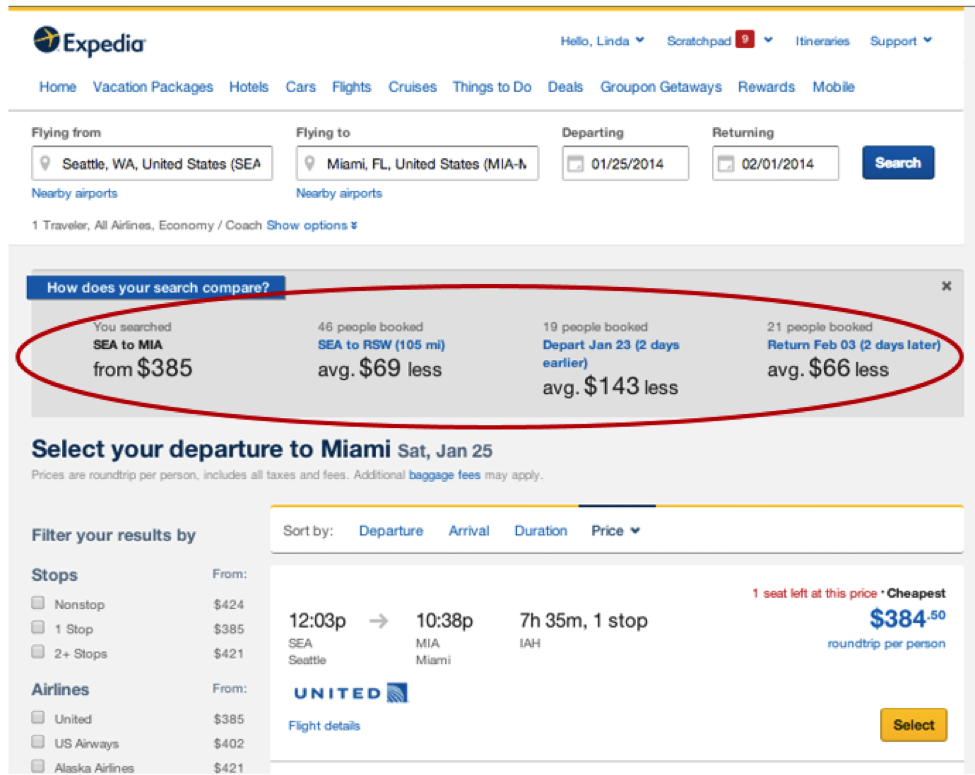 Though the northeast is currently approaching a no-fly zone as the effects of the Polar Vortex take hold, Expedia has just announced some new tools to help users find flights using the vast treasure-trove of data available to the company.

Expedia has tapped its “flight graph” a database of searches that users have done, to try and help people figure out the cheapest way to get to their destination. In particular, the company said that travelers had more than 3,000 different ways to get from JFK to LAX on a given day, and so using historical search data should help users get the best deal.

Let’s say, for example, that I live in between Seattle and Portland and am looking to fly to Miami. I have an idea of a date I want to leave and what airport I should use, but it turns out I can get a cheaper fare by leaving a couple days earlier, which I discover by viewing the image of Flight Recommendations and then clicking. I also discover that perhaps I can get a better fare switching from flying into Fort Myers instead of Miami. I can see this data because other Expedia customers have completed searches like mine and found these deals. 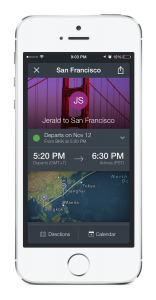 Scratchpad, another new feature, saves up to 48 past searches for users to go back and refresh, so they can see what people are up to. It also tracks what the lowest price was at the time of a user’s last search, so they can see how things changed since they last went looking. According to Expedia, users search the site an average of 48 times before pulling the trigger on a flight, which led them to develop the feature. It’s also similar to Expedia’s competitor Kayak, which automatically saves a handful of completed searches for users, but doesn’t currently save the pricing data from when a user last searched.

Finally, Expedia has also created Itinerary Sharing: a tool similar to Concur-owned TripIt’s product, it puts the travel plans that a user has booked on Expedia into one place, and allows the user to share that with friends and family. People can sign up for travel notifications, or just look over someone’s plans. Users can also share their plans from Expedia’s mobile app, including using Apple’s new AirDrop technology.

The new features have been rolled out to Expedia’s website, as well as its mobile apps for Android and iOS.