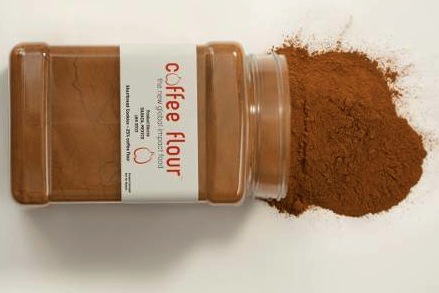 A new Seattle-area startup called CF Global has been spun out of Intellectual Ventures, aiming to develop a market for a new product called Coffee Flour, a food ingredient derived from discarded coffee cherries.

Intellectual Ventures, the patent holding firm and technology company run by former Microsoft technology chief Nathan Myhrvold, says CF Global is the first spin-off from its Invention Development Fund, which works with outside inventors on patents and product development.

The inventor of Coffee Flour, Dan Belliveau, is a Starbucks veteran who is founder and CEO of the new company. Another Starbucks veteran, Ken Poppe, has been leading the project at Intellectual Ventures.

The product is created by drying and milling the coffee cherry, the pulp that gets separated from the coffee bean and is normally discarded as part of the coffee production process. Coffee Flour can be used in baked good, pastas, energy drinks and other recipes that would normally call for flour. IV says it will provide a new revenue source for small coffee farmers. Early users include Jason Wilson, head chef and co-owner of the restaurant Crush in Seattle.

Other partners in the project include NohBell Corporation and global coffee companies ECOM Agroindustrial Corp. and Mercon Coffee Corp. Intellectual Ventures declined to disclose the size of its equity investment in CF Global.

All of this comes as Intellectual Ventures and other technology patent firms face increasing scrutiny of their business models, and the Supreme Court considers a case that could significantly alter the landscape for software patents.

Here’s an Intellectual Ventures promotional video with more background on Coffee Flour and the new company.