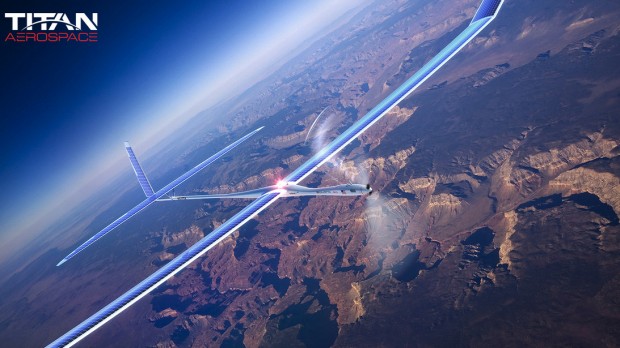 Google has reached an agreement to acquire Titan Aerospace, a New Mexico-based company that builds solar-powered drones, according to a statement from Google emailed to GeekWire. Titan builds a pair of drones, named the Solara 50 and the Solara 60, that use solar panels and batteries to stay aloft without needing to recharge.

The company and its employees will remain in New Mexico under the leadership of CEO Vern Raburn, who previously led Microsoft’s Consumer Products Division and served as president of the Paul Allen Group. The news was first spotted by the Wall Street Journal.

Last year, Google announced Project Loon, a plan to provide broadband access to underserved communities using solar powered balloons. It’s similar to Teledesic’s plan to provide Internet from orbiting satellites, which drew investment from the likes of Boeing and Bill Gates in the 1990s before folding. According to the report, Titan will work with Google’s Project Loon team on solutions that can help spread the internet to places that don’t have broadband connectivity.

Titan says its aircraft will be able to deliver Internet speeds of up to 1 gigabit per second using telecommunications equipment, which could be a boon for areas that don’t have high-speed broadband access. The company plans to have its drones up and running for commercial operations in 2015.

“It’s still early days, but atmospheric satellites could help bring internet access to millions of people, and help solve other problems, including disaster relief and environmental damage like deforestation,” a Google spokesperson said in an email to GeekWire.

Earlier reports said that Facebook was courting Titan for its own Internet initiatives, but it seems like the company’s acquisition of U.K.-based Ascenta earlier this year may have sated the social networking company’s appetite for drones.

Here’s a video that shows how Titan’s technology works: