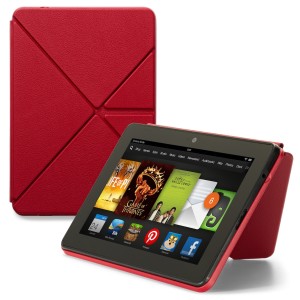 Amazon has started offering 10 percent off its tablet line-up to those belonging to its Prime loyalty program.

The limited time offer, which GeekWire noticed today, is providing the discount just three days before the Amazon Prime program officially increases to $99 a year.

For instance, Amazon’s largest tablet — the 8.9″ Fire — normally costs $339, but is currently being sold for $40 less. If you add it to your shopping cart, and are currently paying for Amazon Prime, you will see an even bigger discount. At check-out, the total price is $305.10, or $75 off the original price tag.

An Amazon spokesman did not immediately respond to emails seeking comment.

The sale seems to be more than coincidental, with Amazon apparently looking for ways to provide extra value to Prime members as the deadline looms just around the corner. In March, Amazon said it was raising rates from $79 to $99 for new members, and existing Amazon Prime members will pay the $99 a year the next time they renew, if their renewal date is on or after April 17.

The company’s decision to use its own products to reinforce the value of Prime is particularly smart, and provides a virtuous cycle. In theory, you could see how Prime members will be happy because they saved money on a tablet, but they will also be happy to remain members for the free video streaming and Kindle book rentals.

We reported last week that customers have begun looking at their purchases to see if it is worth it to receive some of the Prime’s benefits, like free two-day shipping. For that story, an Amazon spokeswoman Julie Law clarified in an email that: “Prime is an express shipping service – not a pricing program.”

But I guess there’s always the exception because in this case, Prime does have to do with price.

“As you know, Prime today includes unlimited Free Two-Day Shipping on more than 20 million items across all categories, unlimited streaming of more than 40,000 movies and TV episodes with Prime Instant Video and access to more than 500,000 books to borrow with the Kindle Owners’ Lending Library,” the spokeswoman said. “Our long term goal is that Prime members will experience the best of Amazon including convenience, selection and price.”