Those living in Seattle’s Eastlake neighborhood will soon have access to extremely fast Internet connections for $80 per month.

CondoInternet, a subsidiary of Wave Broadband, announced this morning that it will offer fiber-to-the-home service in Eastlake starting next month. Customers can pay $60 per month for a symmetrical (upload and download) 100 Mbps speed option, or fork over $80 for the ultra-speedy 1 Gbps gigabit service, which is about 100 times faster than the average national broadband speed.

“This will be a great product,” CondoInternet SVP John van Oppen said. “If I lived there, I would definitely get it.”

CondoInternet has been providing gigabit Internet since 2008 and currently offers gigabit access to 20,000 people. But construction of its fiber network ramped up after Wave acquired the company in September 2013, and now it is ready to offer super-fast Internet to more people. 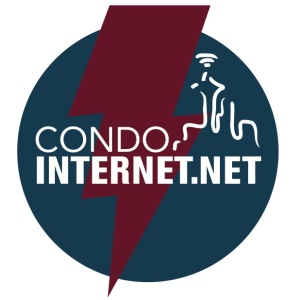 As far as why Eastlake was picked for expansion, van Oppen noted the neighborhood’s diverse set of households, with apartments, condos, single-family homes, houseboats, and apodments all in the area.

“We wanted to understand how fiber deployments would work in all scenarios so we could get a good handle on how to scale this up,” he said.

CondoInternet is not the only company in town rolling out gigabit Internet options to residents. In August, CenturyLink announced plans for a gigabit network available to residential and business customers in four Seattle neighborhoods: Ballard, West Seattle, the Central District, and Beacon Hill. That service costs $80 a month as well, but requires customers to purchase a package deal.

The expanded access of the high-speed services should be good news for Seattleites hoping for better Internet options — particularly after the city’s plans to bring gigabit Internet to thousands of residents crumbled late last year after Cincinnati-based Gigabit Squared failed to raise enough money to implement a planned high-speed Internet network in 14 Seattle neighborhoods using the city’s dormant “dark fiber” network. Gigabit, which was later sued by the City of Seattle for an unpaid bill, planned to offer 1 Gbps for $80 per month.

Seattle Mayor Ed Murray, who did not facilitate the Gigabit Squared deal, has made it clear that his citizens deserve faster and cheaper Internet than what’s available today. Murray encouraged the Seattle City Council to remove “excessive administrative requirements” for telecom companies that want to build broadband utility boxes in neighborhoods, and that legislation was unanimously approved in September.

As he told GeekWire back in February, Murray is supportive of utilizing the city’s “dark fiber” network to help build out a new network and turn Internet into a public utility paid for by taxpayer money. It’s a strategy that former mayor Mike McGinn also talked about at the end of his term last year.

When asked about a potential partnership with the city, van Oppen seemed open to it.

“If the city can bring something to the table that makes sense for us to partner with, we are totally wiling to do it,” he said.

In terms of expanding the gigabit service to other places, CondoInternet will assess potential locations based on reasonable city permitting regulations, proximity to its existing infrastructure, and customer demand.

The new gigabit service in Eastlake will be run through an aerial wire system. Those interested in signing up can do so here, or people that want gigabit speeds in their neighborhood can send a note to CondoInternet here.