Let the employee bidding war begin — in Seattle, at least.

Hired, a San Francisco-based startup that matches employers with job seekers, today officially launched in its fourth market. Those looking for tech-related jobs in Seattle — engineers, data scientists, designers, product managers — will now have another option with Hired, a unique match-making marketplace.

Hired’s process is fairly simple. Once a week, the service releases a batch of 200 curated applicants. Interested employers make their introductory offers, and applicants can later see up to 15 of them.

If a user is hired after interviews, he or she is rewarded with a $2,000 signing bonus while Hired takes a cut from the employer — either 15 percent of the hire’s first-year base salary with a 100 percent money-back guarantee for 90 days, or 1 percent of the hire’s annual salary per month for their first 24 months on the job.

Hired CEO Matt Mickiewicz told GeekWire that Seattle was a logical place to expand given its tech talent. 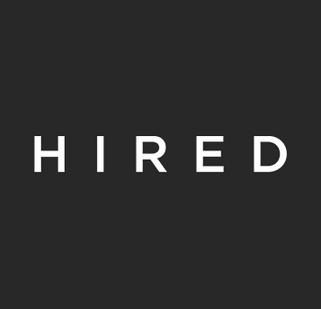 “Over the past two years, we’ve had thousands of software engineers, designers, and product managers from Seattle signing up on Hired — but we haven’t been able to serve them until now,” he noted.

Hired is working with companies like Amazon, Expedia, Redfin, Moz, Zulily, and Zillow, among others. Early data shows that JavaScript is the most in-demand skill set in Seattle, followed by Java, C++, and Python.

In a three months of beta testing, Hired has connected “hundreds” of engineers with nearly 100 Seattle companies.

“No other venture-funded recruiting or HR startup in Seattle offers this,” Mickiewicz said.

Hired has raised nearly $18 million after launching more than two years ago as DeveloperAuction; the company rebranded to Hired last year. It is live in San Francisco, New York, Los Angeles, and now Seattle, with three more cities on the list for expansion in 2014.

For more about Hired, check out the Candidate FAQ and Employers FAQ.