GeekWire was transported to other galaxies yesterday — wandering through worm holes on a quest to save the human race. 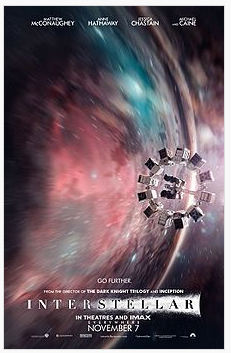 The big-budget movie — released this week and starring a very impressive Matthew McConaughey as space traveler Cooper — left different impressions for our team.

We debriefed after the movie where many of us thought Interstellar attempted  to be a modern-version of 2001: A Space Odyssey.

Here’s each of our takes, with a letter grade. For a true science fiction geek’s perspective, check out GeekWire columnist Frank Catalano’s review here: “Interstellar: Dramatic awe, with a science-fiction flaw.”

“The first half of Interstellar was just what I wanted it to be. It was visually stunning and entertaining enough, a perfect film to see in IMAX. However, if you’re going to take on a project of that scope — that explores the nature of time, space, relativity, physics, and survivalism — it should probably have a satisfying ending. Too often filmmakers attempt epics and bite off more than they can chew. I think the film will leave most audiences wanting more than ‘love is the answer’ as its summation. That’s just not what viewers are looking for in a space odyssey.” 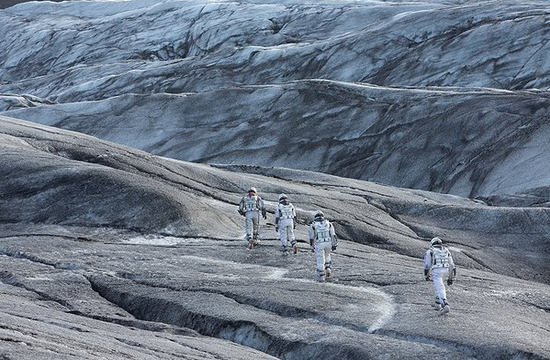 “I would look at a movie like Forest Gump that is telling an epic story in chunks as the winner. That is the one that does the best job of getting across this big message. This is a big effort story, and there are pieces of the epic that just didn’t come through. I think they did a really nice job until they got into that fifth dimensional bookshelf, and I had a hard time swallowing all of that. I thought it was definitely entertaining, but there were times when it dragged a little thin, and little slow.”

“Well, there was a men’s line in the bathrooms afterwards, and no female line, so it was totally awesome. I am giving a B+ just for that, because you need to go to the bathroom after this movie. I wasn’t uncomfortable, like in some long movies I get uncomfortable in my seat. I want it to end. I am looking at my watch. I didn’t have that. It held my attention. I think it started out slow and it sped up and sped up and sped up. It was like: ‘Oh, my god, this is going to be a really long movie. Hurry up here.’ A better pace throughout the whole (movie) may have been better. But, being my first movie since having my child at a movie theater, it definitely exceed my expectations.”

“I walked out and leaned over to Taylor (Soper) afterwards and said: ‘Man, I wish I didn’t get a C in my high-school physics class.’ I felt like you needed a PhD in physics to figure out the final third of the movie. Something got really jumbled and lost, and something just broke down there. I still think it was a good movie. It was entertaining, and fast moving. It was better than I expected after reading some of the initial reviews. I actually liked the beginning a lot — the history, and the toss back to the Dust Bowl.”

“I liked it, but the last 45 minutes just didn’t come together for me. I liked Gravity better. I came out of the theater after Gravity, and was like: ‘That was a great movie.’ This one was good, but it was not amazing. I didn’t know Matt Damon was in the movie. That was cool. The 5th dimension thing, I didn’t quite get. I need to read about the physics.”

So, there you have it. Unfortunately, Todd Bishop and Blair Hanley Frank were unable to attend, but we’ll update this post once they see the movie, if they still want to after reading these reviews.