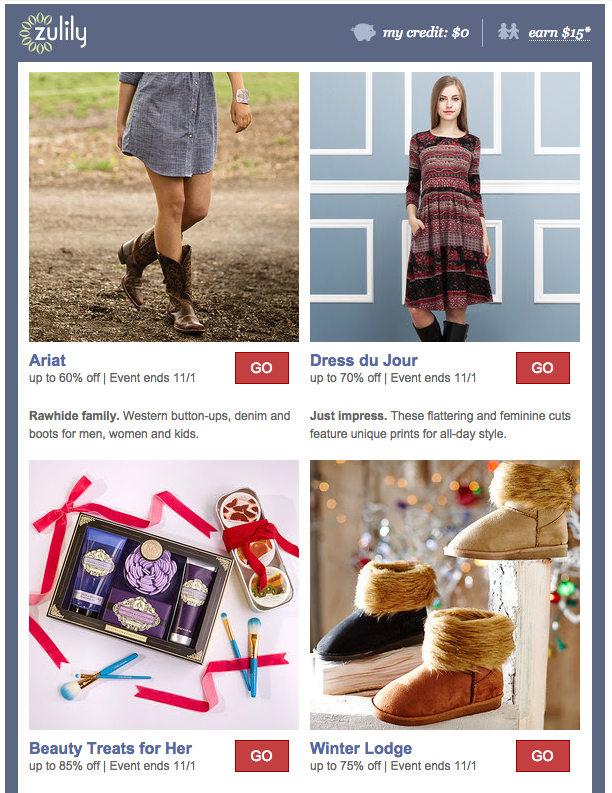 What caused the hiccup?

Well, for one thing, Zulily ran into problems with a large email provider — issues which resulted in the retailer being unable to send out its daily email blasts to some customers.

No emails, no sales.

In a conference call with analysts Tuesday, Zulily Chairman Mark Vadon said that one of the larger email providers changed some settings, which meant “a lot of our emails were not being delivered for a period of time.”

“As that was happening, it didn’t seem like a good idea to push harder on marketing because effectively we’d be getting new email addresses, and some of them we wouldn’t be able to mail. So, we held back a little bit on marketing,” said Vadon, who did not say how many customers were impacted.

Earlier in the call, CEO Darrell Cavens said that they have experienced email issues on occasion over the years, and they’ve “always been able to work through issues as they come up.” The most recent issues are largely resolved, Cavens said. But he added that the company does expect to see an occasional impact “from time to time.”

Separately, another issue that impacted marketing spending in the third quarter, was the rising costs of customer acquisition through social media channels. It’s now more expensive than it was 12 months ago to obtain customers through those social channels, which is having an impact, Vadon said.

“For every dollar we spend this year versus last year, we are getting fewer impressions, and that means fewer people signing up and — on top of that with fewer impressions out there — we are less top-of-mind with our existing install base of customers,” said Vadon.

Even with those headwinds, Vadon said that 72 percent revenue growth and quarterly revenue of $285 million was pretty healthy.

Now, just imagine if some of those customers got their Zulily emails?

Previously on GeekWire: Here’s another example of how Zulily is different from its retail peers: They’re not looking for a ‘big bang around the holiday’…

Zulily posts revenue of $285 million, tops 4.5M active customers in Q3 as half of North American sales come from mobile