Connecting devices is becoming easier and cheaper, enabling the development of a new frontier in technology — the Internet of Things. Tech titans like Apple, Google, and Microsoft are already in the wearable game and new ways to bring WiFi capability to objects are materializing all the time.

Crowsnest Labs, a startup that originally emerged out of Syracuse, has developed a software platform to capitalize on this movement. Specifically, Crowsnest’s software allows users to send and receive data between devices in the cloud — everything from home appliances to cameras — and provide real-time diagnostics for each device. 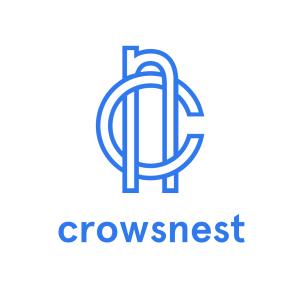 “Our core mission has been to build great tools that can support and accelerate the creation of connected products,” co-founder Michael Kruk said.

Kruk and co-founder Ian Wilson began their startup journey in July 2013 after creating an API for security cameras. The following year they brought on engineer Joshua Sorenson as CTO. Crowsnest then joined the Startup Labs accelerator in Syracuse and eventually left New York to join the Techstars 2014 class in Seattle.

“We’ve only spent a half day in the Seattle program so far, but already, it is clear how much this next step is going to benefit our company,” they wrote on their blog at the outset of the program. “We are surrounded by new mentors and fellow entrepreneurs, and we are excited to take this journey together over the next three months.”

We caught up with Kruk and Wilson for this installment of Startup Spotlight, a regular GeekWire feature.

Explain what you do so our parents can understand it: “Instant crash reports for internet-connected products.”

Inspiration hit us when: “In the summer of 2013, Mike had an idea where he wanted to put a camera on the collar of his roommates’ cat. We started playing around with different internet-connected cameras, and in the process of prototyping this, realized that there were a handful of tools we were used to having as web and mobile engineers that just didn’t exist for the Internet of Things. Since then, our core mission has been to build great tools that can support and accelerate the creation of connected products. We’ve been through a few different iterations of tools in this space over the past year, always honing around this mission.”

Our ‘secret sauce’ is: “Our team, and more importantly, the natural balance of our personalities and skills. The three of us blend years of engineering skills, startup experience, and a passion for the “Internet of Things.” We each bring different priorities and approaches to the company, and this helps us move fast without ever feeling out of control or at a loss for perspective.”

The smartest move we’ve made so far: “Moving to Seattle to participate in Techstars.”

The biggest mistake we’ve made so far: “We spent a lot of engineering time working on a large, overly broad product this past spring and summer. When we got into Techstars, [Managing Director] Andy Sack really pressed us to get a better understanding of our customers before we built any more. When we started talking to customers and really understanding them better, we realized that what we were building probably wasn’t the foundation for a good business. Accepting a pivot was really hard after that much work, but this is a classic, almost cliche, startup anecdote, and I also think it’s simultaneously one of our greatest triumphs.”

Would you rather have Gates, Jobs, Zuckerberg or Bezos in your corner: “Bezos for his forward thinking.”

Rivals should fear us because: “Because we’re fast, we’ve got a killer team, and we’re obsessed with our customers.”

We are truly unique because: “We are a team of business-minded engineers leveraging a unique blend of passion and drive to solve a key pain point in an emerging market.”

The biggest hurdle we’ve overcome is: “Learning to appreciate the difference between a good idea and a good business. Deciding to make our most recent pivot was a tough decision, but it has been one of the best changes we’ve made.”

What’s the one piece of advice you’d give to other entrepreneurs just starting out: “Find a customer who wants to pay to have their problem solved before you start building a solution.”

Editor’s note: GeekWire is featuring each of the 10 startup companies participating in the TechStars Seattle incubator in the lead up to the Demo Day pitch event and launch party on Nov. 6.