Cheezburger may be best known for fuzzy little felines, and funny photographs of failure. But the Seattle online comedy network led by Ben Huh now has another thing to showcase: profits.

The company — best known for humor sites Fail Blog and I Can Haz Cheezburger — turned a profit during the fourth quarter on both an EBITDA and net income basis all while showing record revenues.

Cheezburger president and COO Scott Moore made the remarks on the GeekWire podcast and radio show, which airs Saturday at 6 .a.m and 7 p.m. on 97.3 KIRO-FM in the Seattle region.

The profitable milestone is a big one for Cheezburger, which hit some bumps in the road last year which caused it to lay off 35 percent of its staff.

Moore, an online news veteran who joined the company four months ago, said that the positive results were driven by product improvements — including features that show the most popular content across the network — and programming enhancements — including the ability to more effectively decipher comedy trends before they go viral. 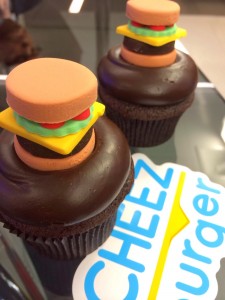 Cheezburger attracted more than 10 million unique visitors during the month of December, with daily users and total visits increasing by double digits.

Moore said that Cheezburger is a safe bet for advertisers who want to invest in the humor category.

“There are a lot of humor sites on the Internet that have the T&A-type content, or whatever, and advertisers are going to be allergic to that stuff,” said Moore. “We don’t do that. We are funny, but also smart.”

Hear more from Moore and what’s up at Cheezburger by tuning into the GeekWire podcast tomorrow here.