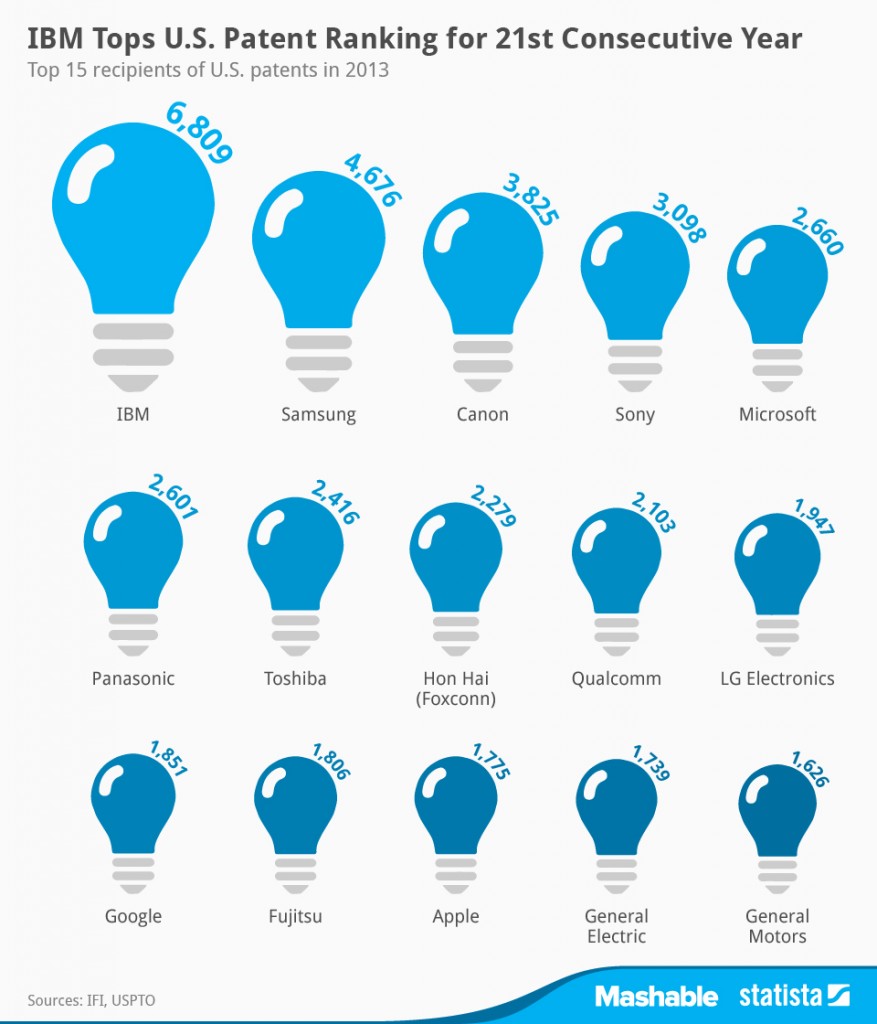 IBM continues to be the patent king. For the 21st straight year, the Armonk, New York-based company filed more patents — 6,809 — with the U.S. Patent and Trademark Office than any other company. That was up five percent over 2012, and marked a more than 2,000 patent gap to the next closest company, which was electronics maker Samsung.

Microsoft also moved up in the rankings, overtaking Panasonic to claim the fifth spot. Google and Apple also cracked the top 20 for the first time, outpacing older manufacturing companies such as GM and GE.

“Not only are the number of patents increasing but the number of assignees increased this year by more than 4,000,” said Mike Baycroft, CEO of IFI CLAIMS Patent Services, which compiled the list. “If we look at all the nearly 60,000 assignees, only 62 grew by more than 500 patents and only 640 grew by more than 50, and that one percent contributed more than 40 percent of total new grants. What that indicates is tremendous amount of activity in the development of small patent portfolios. Are we starting to see signs that innovation is returning to the garage?”

You can see the top 50 companies that received patents here. Boeing ranked 44th on the list with 789 patent grants, while Amazon.com did not make the cut, though it was cited along with Verizon as a company that was starting to move up the list.