Smartsheet CEO Mark Mader is a firm believer in the old maxim that it’s much better to raise money when you don’t really need it. And that was certainly the case with the fast-growing Bellevue maker of online collaboration tools.

The 8-year-old company — which today is announcing a $35 million round led by Sutter Hill Ventures — is generating cash and expects revenues this year far north of $10 million. It also has added an impressive roster of clients, including Google, Netflix, Unisource, part of a list of more than 42,000 customers.

“Business is booming,” said Mader, one of the reasons why they raised the new funds at a valuation that was about triple the previous $26 million round in late 2012.

Once Smartsheet gets deployed in an organization, it tends to spread, with Mader referencing Groupon as a prime example. In 2012, a few early adopters in the company’s engineering project management group started using the product. Since then, it spread to more than 2,000 employees, used for a variety of tasks, including managing product releases to auditing to online collaboration for campaigns.

Interestingly, some are wondering whether cloud-based enterprise software businesses are overvalued, sparked in part by reports that Box had delayed its IPO. 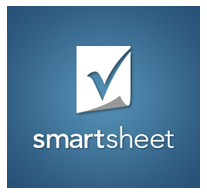 Mader, for one, isn’t seeing a slow down. “It couldn’t be hotter right now,” said Mader. “I was really perplexed when I saw that they delayed, because the valuations are near all-time highs, and everyone has talked about how it has backed off. Well, it has gone from incredibly amazing to stratospheric and back to incredibly amazing.”

While the online project management arena is filled with competition, co-founder Brent Frei said that no one has really taken the spreadsheet-like approach of Smartsheet.

“We are unique in the approach we have with our spreadsheet design, so the breadth of utility … sort of leads us on a greenfield opportunity, which again, is a reason to go raise capital and go faster,” said Frei, who previously led Onyx Software. 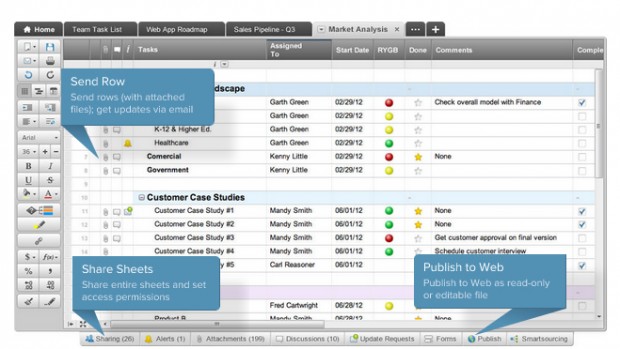 Smartsheet is growing fast, with plans to double its 120-person workforce in the next 12 months.

As a result of the financing, Sutter Hill’s Jim White, a board member at Glassdoor and Shutterfly, joins the board.

“Smartsheet has the simplicity of a spreadsheet but the power of a database, project management and collaboration solution tied together,” said White in a statement. “The viral nature and deep usage within enterprises is being proven out with their impressive roster of customers.”

With the new cash in the bank, Smartsheet plans to bolster its sales and marketing efforts.

“We have proven that when people can find it, it kind of sells itself, and becomes incredibly useful for them on a broad basis,” said Frei. That happened with Google, which interestingly enough, chose Smartsheet’s online tools rather than its own cloud-based spreadsheet.

“What a curious thing. The leading cloud company in the world enabled Smartsheet for internal use, when they have Google Apps in their back pocket,” he said.