Seattleites have a new and easy way to buy and sell Bitcoin.

The city’s first-ever Bitcoin ATM went live today at the Spitfire Grill in Belltown, allowing people to make secure transactions with the volatile cryptocurrency that has been making headlines for the past year or so.

The ATM, open seven days a week from 11 a.m. to 10 p.m., scans your palm and allows you to exchange cash for Bitcoin, or do the reverse. Customers can make up to $3,000 worth of Bitcoin exchanges per day.

The machine is manufactured by Las Vegas-based Robocoin, which also built the world’s first Bitcoin ATM that was installed in Vancouver, B.C., this past October. It is operated by Coinme, a new Seattle company that will manage the kiosk and take a small fee for every transaction made on the ATM.

Coinme General Manager Nick Hughes, who previously co-founded a mobile payments startup called Seconds, told GeekWire that the inspiration for starting Coinme came out of a frustration from the lack of accountability and authenticity in the digital currency industry. Coinme wants to help people make secure transactions with Bitcoin and educate them on what cryptocurrency is really all about.

“If people are going to understand what Bitcoin is, they need to touch it and feel it in a safe and secure manner,” Hughes said.

Hughes added that the ATM is a better way for people to buy and sell Bitcoin compared to existing methods.

“It’s a heck of a lot faster and safer, and more secure than utilizing some sort of exchange,” he said.

If you aren’t familiar with Bitcoin, it’s the emerging decentralized, digital currency gaining popularity and acceptance as of late. Right now, one Bitcoin is worth about $450. That number skyrocketed past $1,000 in November, but eventually came back down amid security concerns.

Some companies have shown enthusiasm for Bitcoin, while others like Amazon are staying far away from it. Overstock.com, the Salt Lake City-based online retailer, said in March that it took just over two months to sell more than $1 million in products to Bitcoin owners.

More recently, Bloomberg offered its stamp of approval after announcing this week that it would list Bitcoin on its financial data terminals. Then on Tuesday, the MIT Bitcoin club said it raised $500,000 to give every undergraduate student $100 worth of Bitcoin as a way to spread awareness about the digital currency and have on-campus businesses accept it.

That’s a similar goal of Coinme, which is backed by angel investors in Seattle and plans to hold monthly Bitcoin Meetups with industry experts as part of an overall mission to teach the public about Bitcoin.

“People need to be able to talk about this and be educated about it,” Hughes said. “They need to hear about the risk and rewards from credible people.”

Even though there are already three existing Robocoin ATMs in California and Texas — in addition to 10 others around the world — Coinme claims it has the nation’s first licensed Bitcoin ATM. Coinme Compliance Officer Neil Bergquist worked closely with state and federal regulators to make sure that transactions on the ATM would be compliant with existing money transmitter laws. 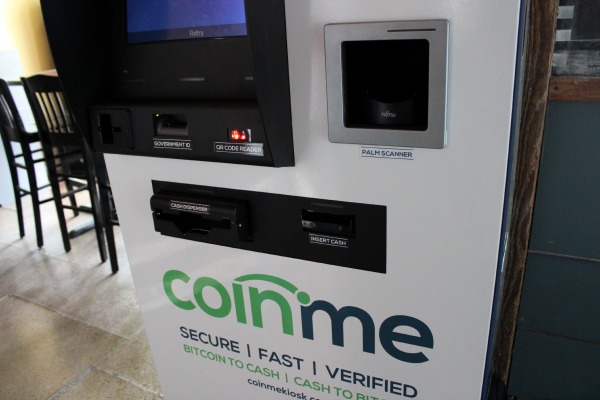 With their new endeavor, Hughes and Bergquist say they aren’t necessarily all-in about the future of Bitcoin, but rather the digital currency industry in general.

“The fact is, cryptocurrency is here to stay,” Hughes said. “We don’t know what the name of it will be specifically, but our bet is on the future of digital currency.”

“We’re just led by curiosity,” added Bergquist, who is separately the director of Seattle’s SURF Incubator. “We want to see where this goes and it’s really a pursuit of knowledge. We’re learning as much as anyone else.”

Hughes said that Coinme, which works out of SURF, plans to unveil more Bitcoin ATMs in the Seattle region soon. The company picked Spitfire as its launch location based primarily on accessibility.

“Belltown is fairly central in Seattle and Spitfire is well known in the tech industry,” Hughes said. “They are also open for a long period of time, which will make the machine available throughout the day and night.”

You can check out the new Bitcoin ATM at today’s launch party, which will feature a Bitcoin expert panel. Here’s an infographic explaining what Bitcoin is all about and how to use the new ATM. 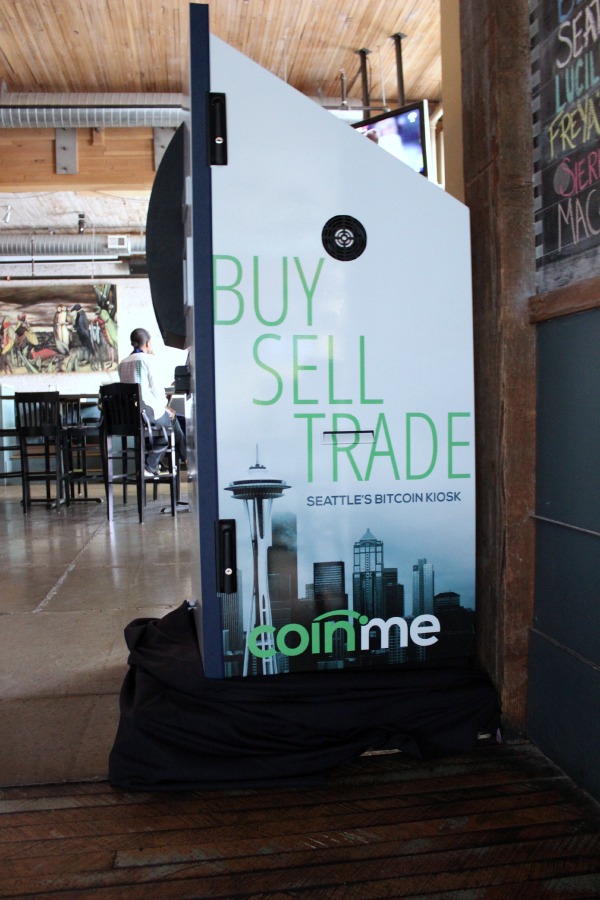 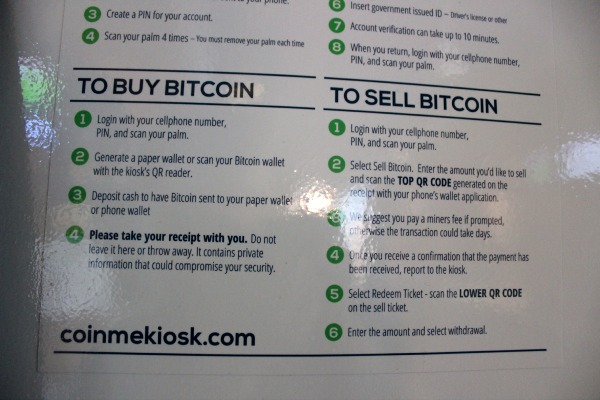